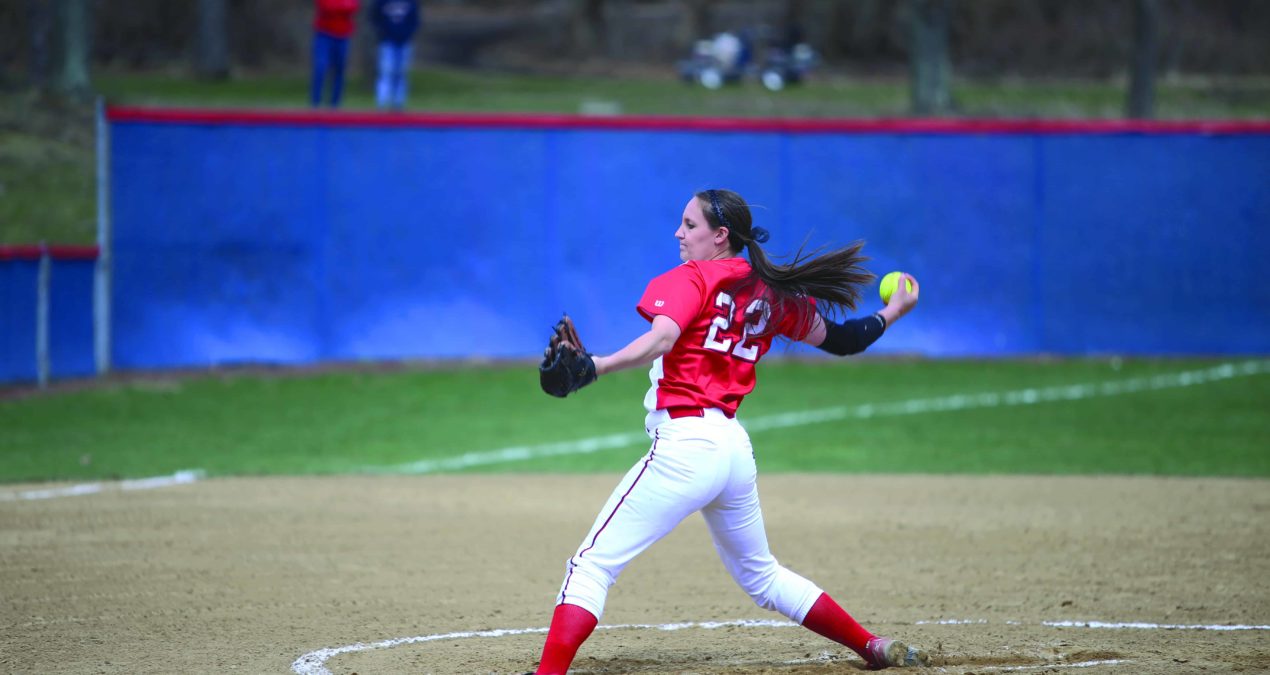 The softball team has continued its impressive play after a strong spring break performance. After dropping both games to Depauw University last week in its first conference outing, the team responded by winning three of its last four games this past weekend, bringing its conference record to 3-3 on the year (9-7 overall).

After losing the first game of a double header to Allegheny College on April 5 with a score of 8-0, the team rallied together to take the second game 3-0.

Rebecca Dyer ’14 had a phenomenal outing in the circle, pitching a complete game shutout while racking up 13 strikeouts and allowing only one hit on the day. Meghan Edwards ’14 provided efficient run support for the team with one swing of the bat.

Edwards’ two-run homerun in the first inning was all the Big Red would need. Ryan Lee ’17 added some insurance runs in the third inning following a solo homerun of her own.

Hitting has been a primary focus for the Big Red as of late and it seems as though the team has improved in that category.

“I feel as though our team realized what we needed to work on after our spring break trip, specifically our hitting,” Edwards said. “We have been focusing on it a lot in practices since we’ve been back. We’re working hard to improve our hitting, and I believe we are ready for conference play.”  On Sunday, the softball team swept Hiram College in another conference double-header. Julie Rooney ‘15 batting in a game against Hiram on April 6.

In the first game, Denison’s hitting was on fire as the team collected seven hits in its 2-0 victory.

Kerry Hager ’17 provided all the run support that Denison would need after driving in both runs on a double to center field.

Dyer dominated again in the circle after pitching another complete game shutout for Denison, which featured nine strikeouts and allowed only four hits.

The Big Red also won the second game of the double header that day 6-5 in walk-off fashion.

Gretchen Staubach ’14 singled in the bottom of the seventh inning, plating Lee as the game’s winning run. Staubach went 3 for 4 in the game with two RBIs and two runs scored.

Edwards also went 3 for 4 in the game while scoring one run.

Dyer, who started the first game, helped fend off the Terriers by pitching in relief in the second game.

She tossed the final three-and-a third innings for the Big Red, allowing no hits and striking out five batters while collecting her fifth win of the season.

Cross Country will come out stronger