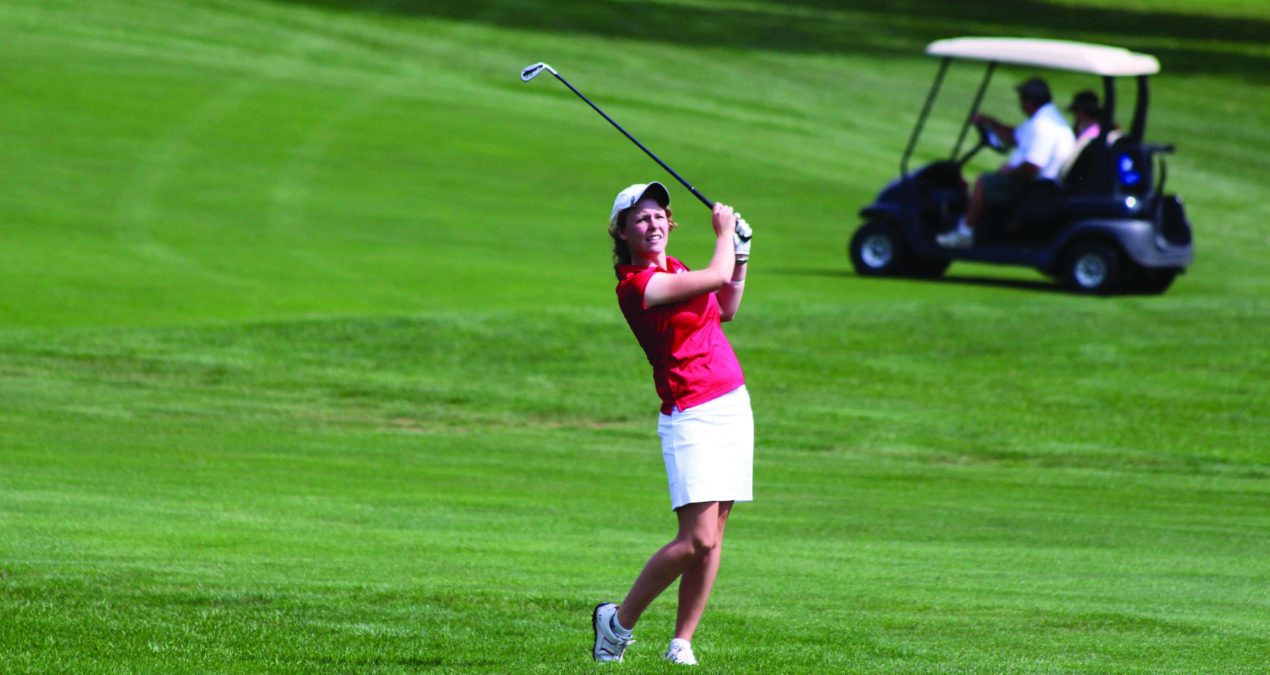 The Denison women’s golf team earned its third team title at last weekend’s Wooster Invitational. The previous two titles came at the Denison Invitational and the Myrtle Beach shootout, which were held Sept. 7-8 and March 20.

The Big Red’s last tournament in Myrtle Beach was a huge win. The team won by 33 strokes to start the spring golf season.

“I think it was a great start to the season,” Carly Schultz ‘14 said. “It gave us confidence and allowed for us to be ready to start the season back here in Ohio.”

In addition to the first place finish, Schultz scored a career-low score of 77 in Myrtle Beach.

“I was really excited because that was the first time that I have won as an individual. But, it was also exciting because the team won as well,” Schultz said.

“It was definitely the best that I ever played in my life and everything coming together and going. It was also a beautiful day which made it that much better.”

As a senior, Schultz plays a large role for the golf team. She is a veteran leader and serves as co-captain of the team alongside Stacey Adams ’15.

“Both of us play a role major role in bringing the team, staying positive, and trying to improve,” Schultz said.

Before the Wooster Invitational, Denison was more focused on being in the moment and enjoying golf rather than on the stressful implications of a needed victory.

“The mindset is to try to do well, maybe bring back another win, stay positive, have fun, and just be glad to be back on the grass,”  Schultz said.

As a team, it was the team’s first time playing golf in Ohio since last October.  Eight other teams competed at the ournament, including Baldwin Wallace, John Carroll, Hiram College and the host, Wooster College.

Despite a six-month absence from Ohio golf, the Denison Big Red was able to cruise to its second consecutive first place finish.

The driving force behind this first place finish was Annie Miller ’17, who scored an impressive 36 hole total of 158 (70, 68). She defeated Baldwin Wallace’s Emilee Woolf whose team finished in second place behind the Big Red.

The Big Red will look to continue its dominance next weekend, April 12-13, when it travels to Ostrander, Ohio to participate in the OWU Laura Bump Invitational, which will be hosted by Ohio Wesleyan.