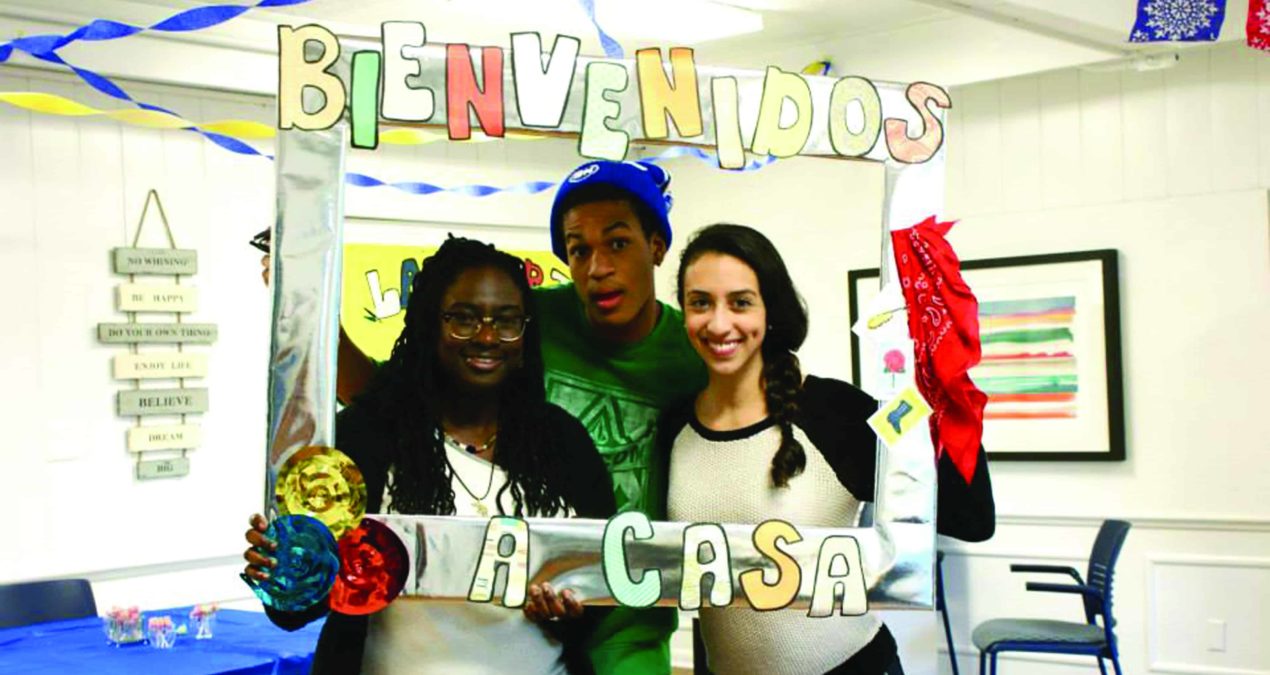 Denison students gathered together in the Moshier-Huchison basement on Sept. 18, to finally celebrate the opening of La Fuerza Latina’s new common space. Last semester, the organization drafted a proposal to get their own space, rather than rent one, so that members could have a place to call their own.

The ceremony began with attendees joining hands and reciting the Mayan-inspired poem “Pensomiento Serpentino,” a pledge said at the beginning of every meeting. This was followed by warm words from President Weinberg, Nelly Benitez ‘15 of Evanston, Ill., who serves as the current president of La Fuerza Latina, and Associate Professor of Spanish Dosinda Alvite, who serves as La Fuerza’s advisor.

After the ribbon cutting, there was a celebration complete with Latin American dishes and music. The space includes a lounge, study areas, an office, and a kitchenette.

“I’m actually at a loss for words in terms of acquiring the space,” Benitez said. “To know that my freshman year, we were in a little room, and there were 12-15 of us on a good day, and that we pushed to make it bigger and accomplished…this is amazing.”

“Before now, they were like nomads having to meet at these different places for a limited time,” Alvite said. “This is like a point of reference and stability for them. They deserve it.”

“I was close friends with a lot of the previous seniors and I saw how passionate they were about La Fuerza,” Gamboa said. “I feel that there are great things in store for us and the underrepresented population on campus.”

“Being able to finally have our own space will allow for us to flourish to our fullest potential,” Avalos added. “It was well needed, seeing that Hispanic/Latino students are the largest minority group on campus.”

Although getting the space was a major accomplishment for the club, there are still kinks to be worked out. “Getting our space has been a struggle,” Benitez said. “Even so after we got it approved, there was no type of clarification—to our understanding, the space was all for us, but I guess over the summer there was a decision made that several other areas are also open to the public. We’re a little bummed out about that; we definitely want to talk to DCGA and clarify.”

If you are interested in learning more about La Fuerza Latina, their meetings are held every Thursday at 7:30 p.m.