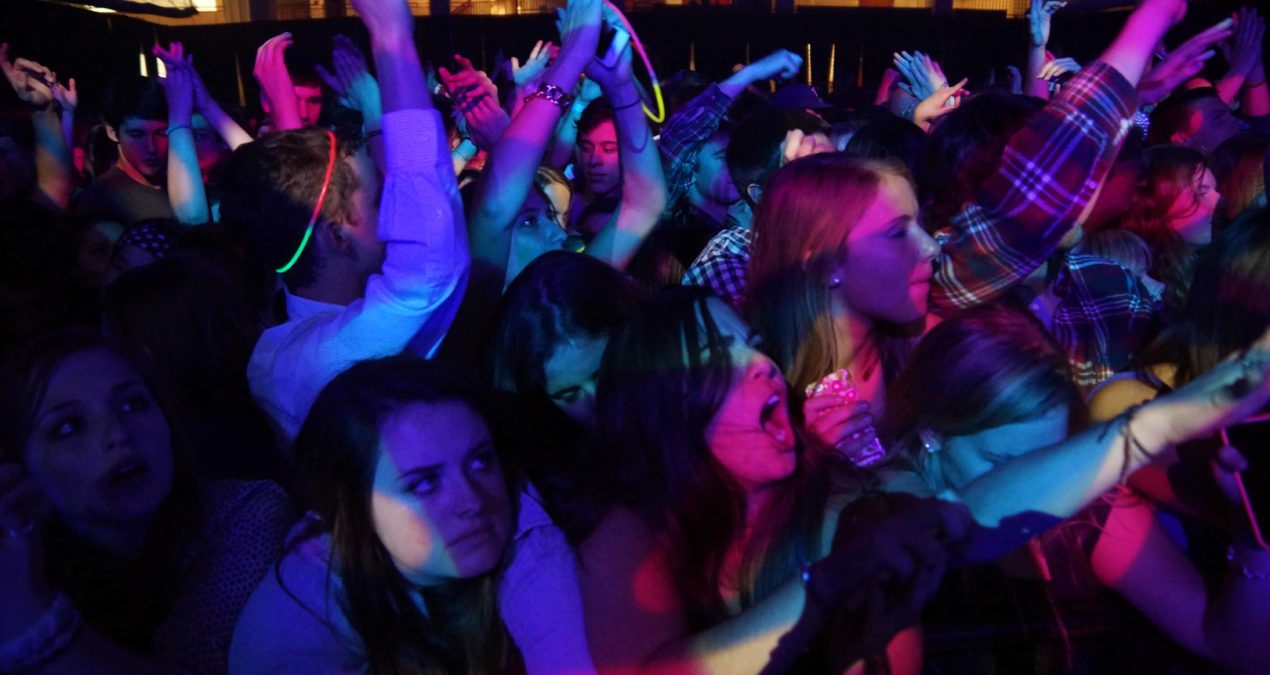 Indie electro-pop group Remix Artist Collective (RAC) and Detroit rapper Danny Brown will be the concert performers for this year’s D-Day on Oct. 10. The Denisonian learned of the artists’ identities during the filming of a “reveal video” this Sunday.
The D-Day Committee confirmed that Brown will be opening for RAC on D-Day. By the time this issue appears in print, however, the reveal video should have been made public on YouTube.
Max Kelly ‘16, an economics major from Vienna, Austria, spoke highly of Danny Brown, who he Ahas seen in concert before. “He’s very, very lively onstage,” Kelly said. “He’s very good at getting people pumped up.” Brown will open for RAC at D-Day.
MTV credits Brown with a “unique hood/hipster personality.” He has released three albums, The Hybrid, XXX, and Old and is known for his singles Dip, Grown Up, and 25 Bucks. XXX especially received critical acclaim, winning “Hip Hop Album of the Year” from Spin magazine in 2011.
Brown has also gained notoriety for receiving oral sex onstage from a female fan during a concert in Minneapolis, which he admitted to on popular radio show The Breakfast Club.
RAC is, in contrast, an international group who remix existing tracks with an emphasis on indie electropop. They are known for their singles If You Forget Me, Hollywood, and Let Go, although perhaps best regarded for their remix Cheap Sunglasses.
The D-Day Committee co-chairs, Frances Champion ‘16 and Aubrey Vasquez ‘17, confirmed that two artists’ contrasting styles is intentional and harkened to last year’s concert, which had rapper Hoodie Allen open for indie dance duo Matt & Kim.
“People wanted two artists and we knew we were going to get two artists,” Vasquez said. “They were going to be two very different, very energetic atmospheres.”
The D-Day Committee was guided by a poll they sent out to the student body late last spring. The overwhelming majority of respondents said they preferred two artists, although which artists in particular was where the Committee had to make the tough choices.
“We really tried to give the students what they wanted,” Champion emphasized.
The Committee knows it will be a challenge to live up to last year’s D-Day, which saw a very positive student reaction and the largest student turnout for a D-Day concert in history. “We knew[…]it was going to be hard to top that performance, and we had to find a way to do that,” Vasquez said.
Students are optimistic. “I would say overall it’s a step up,” Kelly continued. “I loved Matt & Kim, but I really like Danny Brown.”