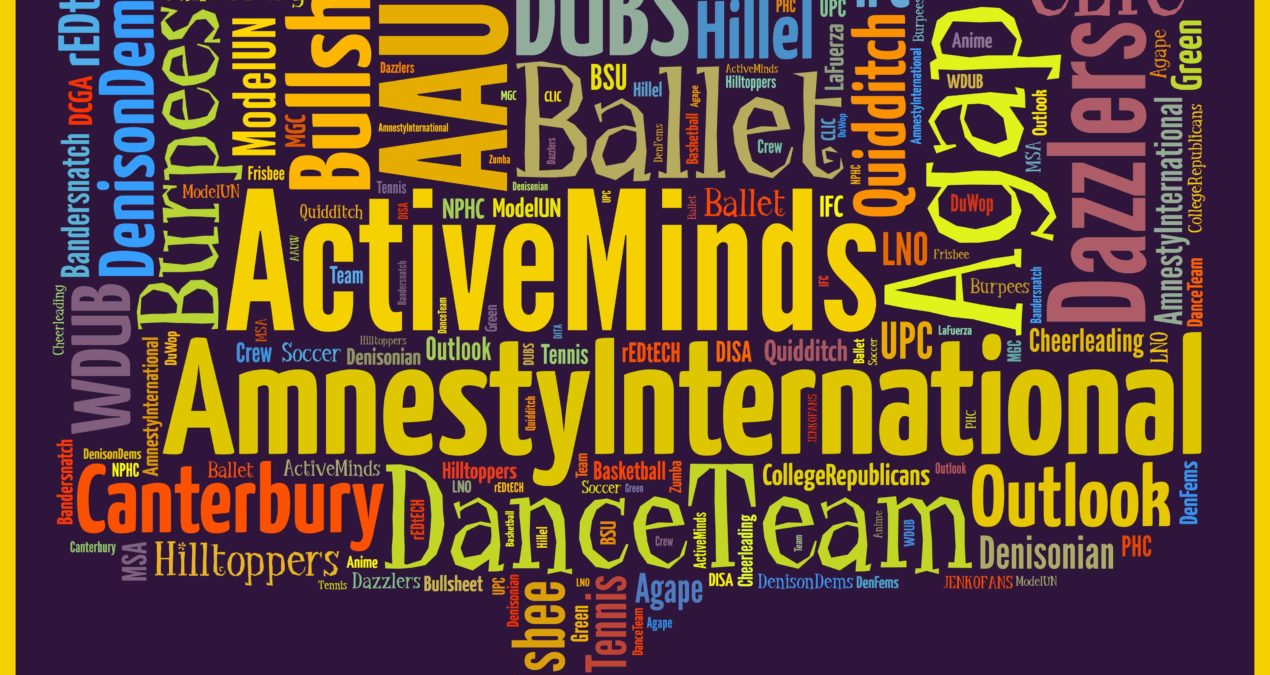 At Denison, there are only a few events that bring the majority of the student body outside.

One is the Opening Ceremonies of Naked Week.  The other is the Involvement Fair–because hey who doesn’t like free pens? Leadershape
How’s the involvement fair going?
“Well..we’re in an antville. Literally our table is on an antville. We’ll do anything for leadershape.”
-Megan McCormick ‘15 BSU
What is the most odd question someone has asked you about your organization?
“Can white people join?”
-Maya Ziegler ‘15
“[we get that question] at least once a day.”
-Ariel “like the Little Mermaid” Baez ‘15 Frisbee Team
What was the funniest thing that happened during a game?
“One time Tyler Grassar caught a score and immediately threw up. He was just ill…”
-Franklin Gaglione ‘15 Asian Culture Club
What is the weirdest thing you’ve witnessed at the fair today?
“A man walking around with reindeer antlers on.”
-Ben Khoo ‘16, Man with Antlers–Jacob Betts Denison Feminists
What was the most WTF comment you heard today?
“We’ve had a lot of guys come up and say ‘I’d join but I’m a dude.’”
Erin Katalinic ‘16

CLIC
“Natalie’s outfit is a little much.”
As repeated by Allie Colina ‘14. Also pictured, Natalie Pariano

Stall scrawl: the implications of an anonymous forum