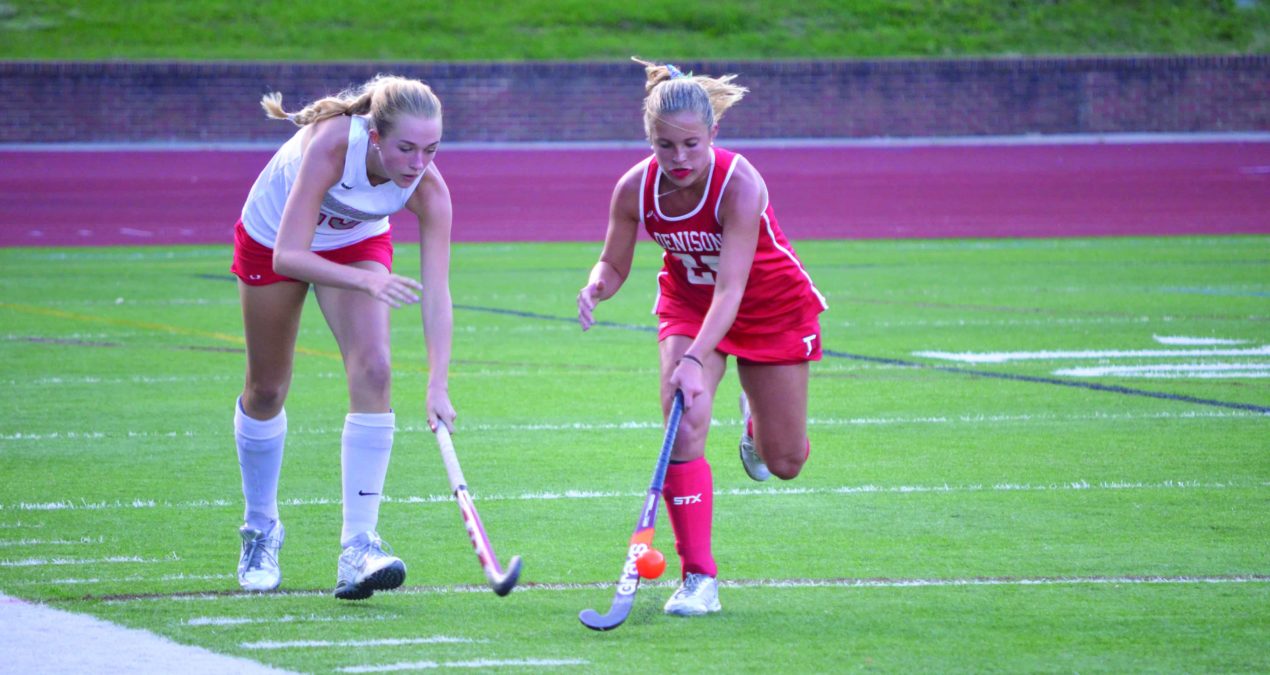 After a rocky start to the season, the Denison field hockey team has settled in and won three of their last four matches, after a pair of strong performances during the week of Sept. 15 against conference rivals Ohio Wesleyan and Wittenberg.

In the first game on Sept. 17, the Big Red stomped the visiting Bishops of OWU in an 8-1 victory thanks to a six-goal second half on the part of the DU offense.

Britta Marden ‘16, whose assist in the 58th minute of the match added the finishing touches to the win, was excited about her squad’s mentality.

“Although we are a young team all of us are able to play at a competitive level,” Marden said. “We’re able to sub consistently, getting most of the team in each game. Our team’s versatility is a huge advantage; we have a strong bench allowing us to bring a lot of skill to each game.”

Though the second game on Sept. 19 against Wittenberg was closer, the defense grounded against the Tigers and made all the difference in the 3-1 triumph.

The Big Red hit paydirt twice early in the match with a nice move from Jen Durbin ‘18 in the sixth minute and another from Marden in the eighth.

The Tigers would counterattack later in the first half, but it would not be enough to overcome the DU attack.

Marden was quick to emphasize the importance of these two conference wins. “The past two games have given our team a lot of momentum for the upcoming games,” she said. “I think the confidence we gained off our last few wins will help as we move forward in our season.”

That momentum will be crucial in their next match on Sept. 24 when the team takes to the road to face another conference rival, the Fighting Scots of Wooster.