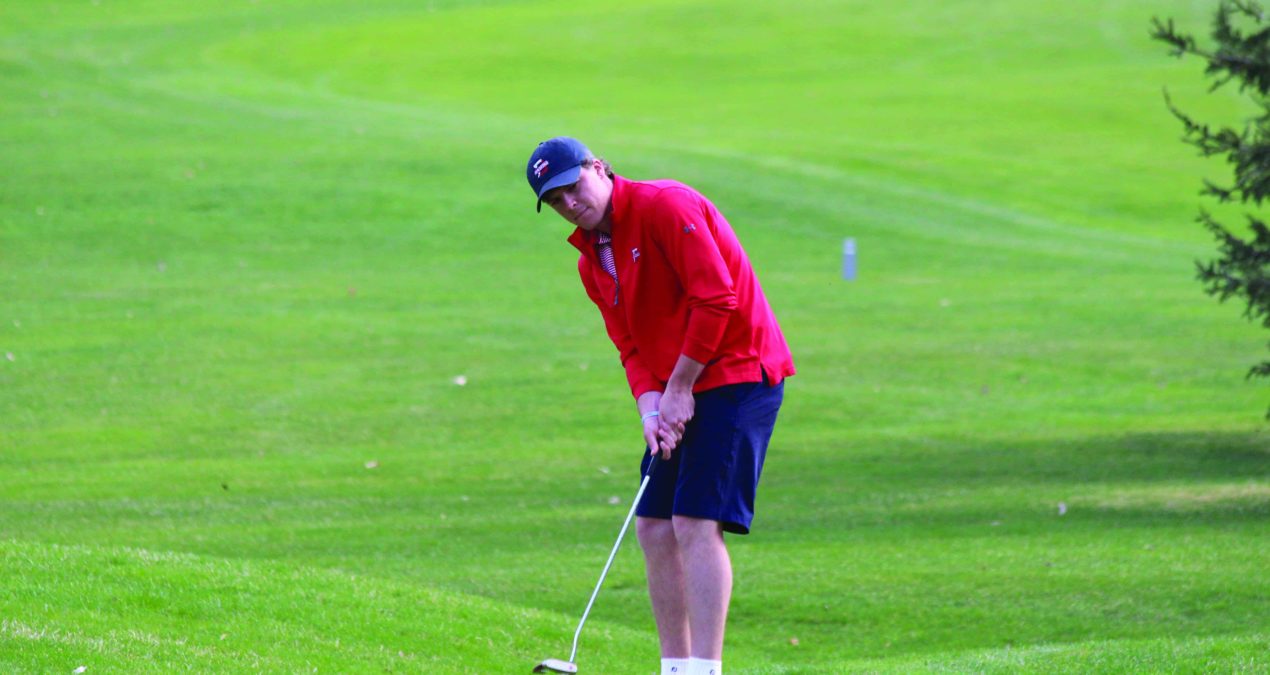 The Big Red men’s golf team placed seventh out of 24 teams at the Transylvania Invitational in Lexington, Ky. this past weekend, Sept. 6-7.

Robbie Whitman ’18 is the team’s lone freshman this year.

Among the 24 teams competing in the tournament, two North Coast Athletic Conference rivals were present. These teams included the Wittenberg Tigers and the Kenyon Lords.

The Transylvania Invitational consisted of two days and two rounds.

On Sept. 6, the Big Red placed sixth with a first round score of 306. Jimmy Slovitt ‘15 led the pack with a score of 72, keeping DU within fourteen strokes of the lead held by the Wittenberg Tigers.

The Big Red sought to make a run up the leader board heading into the final day.

Unfortunately, the Big Red fell back to seventh place with a score of 311. This gave the team a 617 total for the tournament.

The Big Red was able to hold off their archrival, the Kenyon Lords, who made a late push to finish eighth.

Denison traveled to Springfield, Ohio for the Wittenberg Invitational on Sept. 8. Results were unavailable at press time.