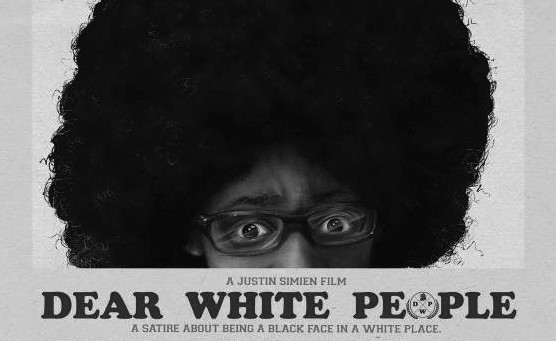 Directed, written, and produced by Justin Simien, Dear White People is the film everyone is talking about.

You really don’t know what to expect out of this satirical film; some people who have yet to see it have said they thought it would be funny, while others expected it to be more serious.

It was apparent to me that Tessa Thompson, who plays protagonist Samantha White, was the glue that held the story together.

She is an activist, or as some people may call her, “the angry Black Woman,” Samantha is fighting to have the voices of her people heard at her predominately white university to provide change.

But in order for there to be change, the cultures have to go head to head. Samantha begins this competition by going against her ex-boyfriend Troy in an election to be head of their residence hall, and she wins.

Troy stays along the sides of the school’s white people, and in order to keep his father happy, he begins dating a white woman. Meanwhile, Samantha has a relationship with a white man, while still occupying the attention of another black man.

In another situation Samantha no longer wants to protest with her dorm mates because she is dealing with her father’s health issues.

Samantha is under a lot of pressure in dealing with fighting her own battles and the battles for people that support her. Samantha is a strong believer in her cause, and she embodies a strong young African American woman.

Does the name Tyler James Williams ring a bell? He was the star of the hit sitcom Everybody Hates Chris. In Dear White People, he plays the geeky Lionel Higgins. Williams still seems to be that guy that takes the blame for everything that goes wrong, but in this film he gives the plot a twist.

I personally believe that this film is definitely one that needed to be produced. Discrimination and culture struggles are two things that hit too close to home on Denison’s campus.

Racism is a touchy subject, and it ought to be handled carefully. But when something that is blatantly said, done, or hinted at about someone negatively and not of one’s own race needs immediate attention.

The film wasn’t made to make White people feel bad. It was made to make them aware of some of the stereotypes that we as African Americans have to compete with just to achieve normal lives.