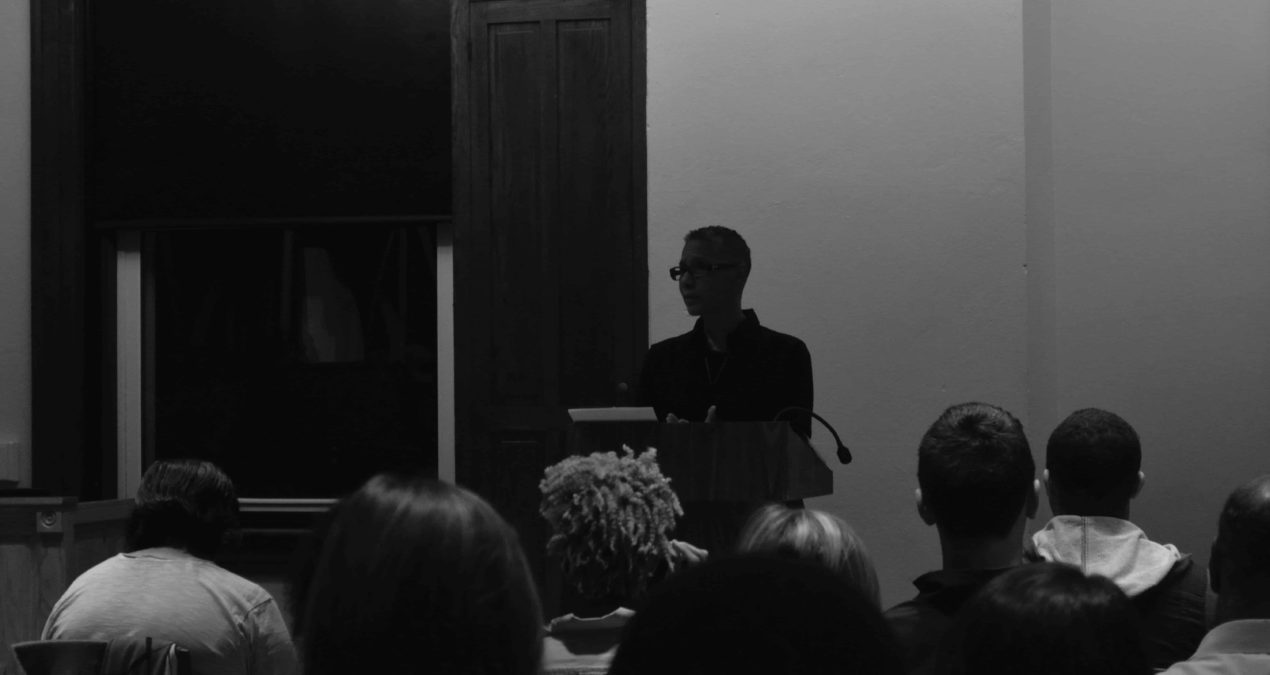 A Beck Lecture is not normally a place where one would expect to hear music, but Sharon Bridgforth specializes in the aesthetic of theatrical jazz. Her works have been performed on stage all over the country and she is currently touring the River See Theatrical Jazz Performance Installation, which premiered at Links Hall in Chicago in June.

On Nov. 4, Bridgforth began her performance in the Barney-Davis board room with the reading of an excerpt from the Lambda Literary Prize-winning the bull-jean stories­. It consists of a series of linked stories about one woman’s journey to learn a life lesson: to love herself. Bridgforth said, “It’s the idea of a butch woman who speaks from her heart. So everytime bull-jean talks, she speaks like poetry. So when it’s performed, usually, that gets sung.”

Emily Schultz ’16 of Erie, Pa., greatly appreciated the uses of writing Bridgforth described during her lecture: “I really enjoyed when she spoke about how writing was a form of healing for her,” she said.

She gave an example of the experience by having the audience participate in a scene from her latest piece River See. The audience were given parts and, under Bridgforth’s guidance, they recreated a musical scene from the piece to give them an idea of how Bridgforth worked with her own performers.

Bridgforth’s pieces have all been performed before and they all had a common theme, most specifically love.

“I realized that all my works are essentially about love,” she said. “About trying to heal my own self and understand my own life and history and how love operates inside of that. So spiritual love, carnal love, love of self, family love and all the messy, complicated, whacky, crazy, troubling, beautiful things that are a part of that.”

Linnea Chakoian ’15 of Viroqua, Wis., admires Bridgforth: “she has a firm understanding of the difficulties of life and how it can influence art,” she said. “The combination of jazz, writing, reading and audience participation made for a unique experience.”