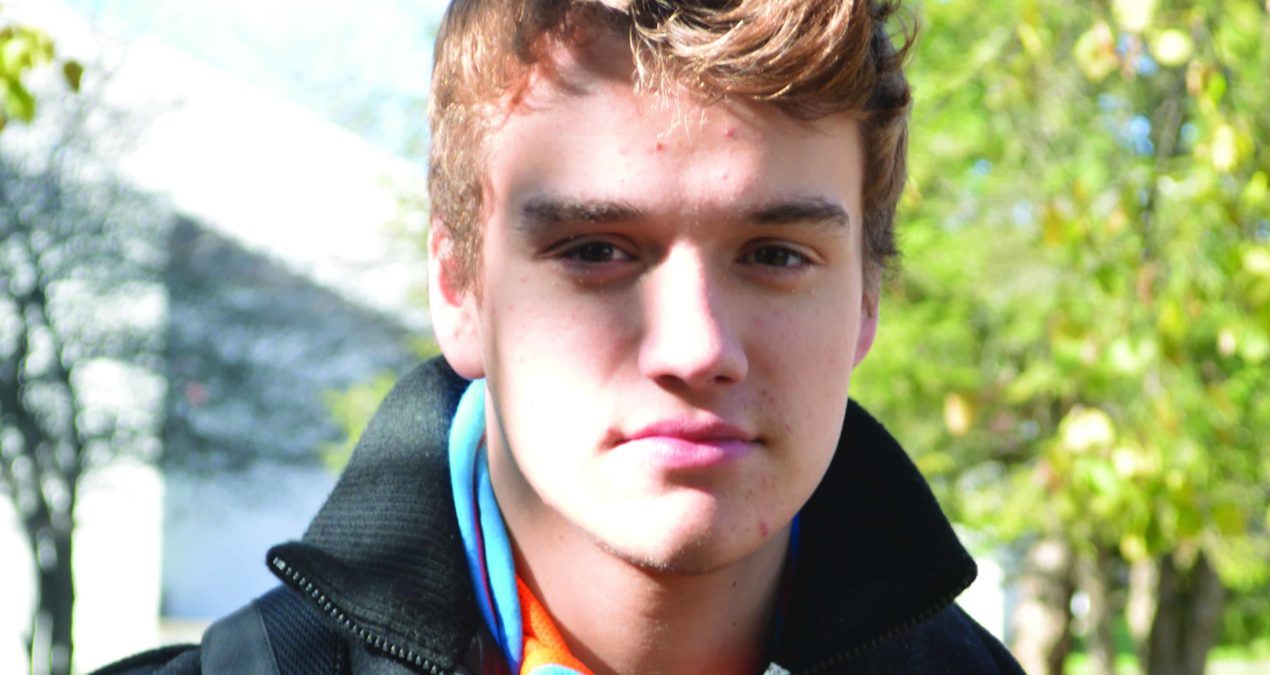 Each year, a handful of freshmen gain entry into The Hilltoppers, Denison’s all-male a capella group. There are less than twenty active members at one time. One of the four new freshmen to join the group this semester is Benson Anderson ‘18, a music major from Mayfield Heights, Ohio.

One of Anderson’s greatest accomplishments is his induction into Hilltoppers, Denison’s only all-male A Capella group. In order to gain entry, one must go through three rounds of auditions in which only Benson and three other freshman managed to accomplish.

Benson describes Hilltoppers as a blend between Chamber Singers and the production of Rent. He says “You’re are trying to blend with other people but at the same time you are  make more of a contemporary sound.” On his off days a few lucky students have been serenaded by Benson, a Hilltopper tradition. Sara Woroncow ‘18 has been serenaded and describes Anderson’s voice as truly special. She says that his voice “can warm my heart.”

Anderson is very familiar with the Ohio liberal arts school experience. His parents are Ohio Wesleyan alumni and his sister is a College of Wooster graduate. Despite the fact that Benson applied to a number of small liberal arts schools in Ohio, he decided on Denison because Denison in particular “gives you the opportunity to do a lot of things.”

This is in direct contrast to the student production of Rent which Benson is playing the male lead of Roger. The production of Rent is characterized by Benson as “very loud, you have to use your rock voice.” These different productions highlight Benson’s versatility and his willingness to get involved on campus.

When Anderson decided to get involved, he did so wholeheartedly. “I wanted to surround myself with people who shared the same interests as I did,” says Anderson. This is evident with his participation in three time consuming groups.

Despite the fact that Anderson is constantly busy with his groups and classes, he still has time to enjoy some of his favorite hobbies. Anderson is an avid music lover and movie watcher.  Anderson has fifty-six DVD’s in his room although he’s only gotten through eight  and he still prefers the “old school CD’s over the new Blu-Ray Technologies.”