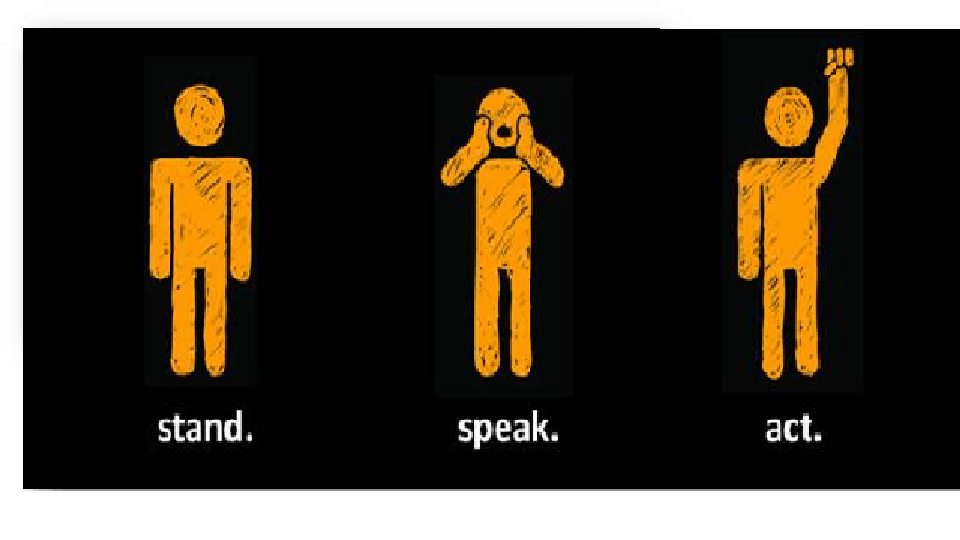 True or false: When something bad happens and there are more people around, people are more likely to help. If you think more, you’re not alone—but the social, psychological phenomenon of the ‘bystander effect’ has found that individuals tend not to help when others are around because they believe someone else will take the responsibility.

Allie Colina ‘14, a program coordinator at the Campus Leadership and Involvement Center lead the bystander intervention training last week with Catherine Champagne, Coordinator of Alcohol, Drug & Health Education at Whisler. Colina says that at Denison, students are more likely to succumb to the bystander effect because we have traditional student leaders that we expect to step up: “We think peer safety monitors, DCGA senator, an R.A., they’re around, they’ll do it.”

During the training, Colina and Champagne related the bystander effect to salient campus issues such as binge drinking and sexual assault. After attending a conference last May at the University of Arizona, Champagne knew she had to bring back what she learned to Denison. There was just one problem: only two students (including this reporter) attended the second training last Thursday and just eight made it to the first training two days before that. The training was held last week, Colina said, to prepare students to intervene for each other before Halloween, noting high numbers of alcohol-related medical transports two years ago.

Amanda Horner ‘17, a communication major and international studies minor from Chagrin Falls, Ohio said that she wanted to learn more about bystander intervention because she “wanted to be able to better respond to situations that made [her] uncomfortable.” Horner also wasn’t surprised that she was one of few students to attend the training: “I think that students often view something like ‘bystander intervention training’ as common sense that doesn’t require training, but it was really a valuable experience to see possible ways to intervene in unsafe or uncomfortable situations, and have an honest discussion about bystander intervention(or lack thereof) on campus.“

So how can students overcome the bystander effect? First, Champagne said, students need to be able to interpret the problem, overcoming factors such as ambiguity and conformity. Then, they should assume personal responsibility in helping others, instead of assuming that someone else will help. Finally, students should know how to help—which more times than not is the hardest part. How should you go about helping a friend who’s had too much to drink?

Champagne recommended preventative measures, such as convincing your friend early in the night that they should slow down. Colina followed up, saying that “more people should use our medical assistance policy,” which she says students have avoided out of social pressure or fear of getting a friend in trouble. The medical assistance program allows students to call campus security for help for themselves or a friend, replacing conduct with education.  “We have a great medical assistance policy,” agreed Champagne, adding that students’ health and safety is the first concern.

Colina, who says that she experienced sexual assault at Denison, is particularly passionate about bystander intervention. Via email, she wrote, “I was never involved in CSMART, never a Share Advocate; I regretted graduating without getting the chance to do something about sexual assault on campus.” Now that she’s back, Colina says she wants to help “improve social behavior on campus.”