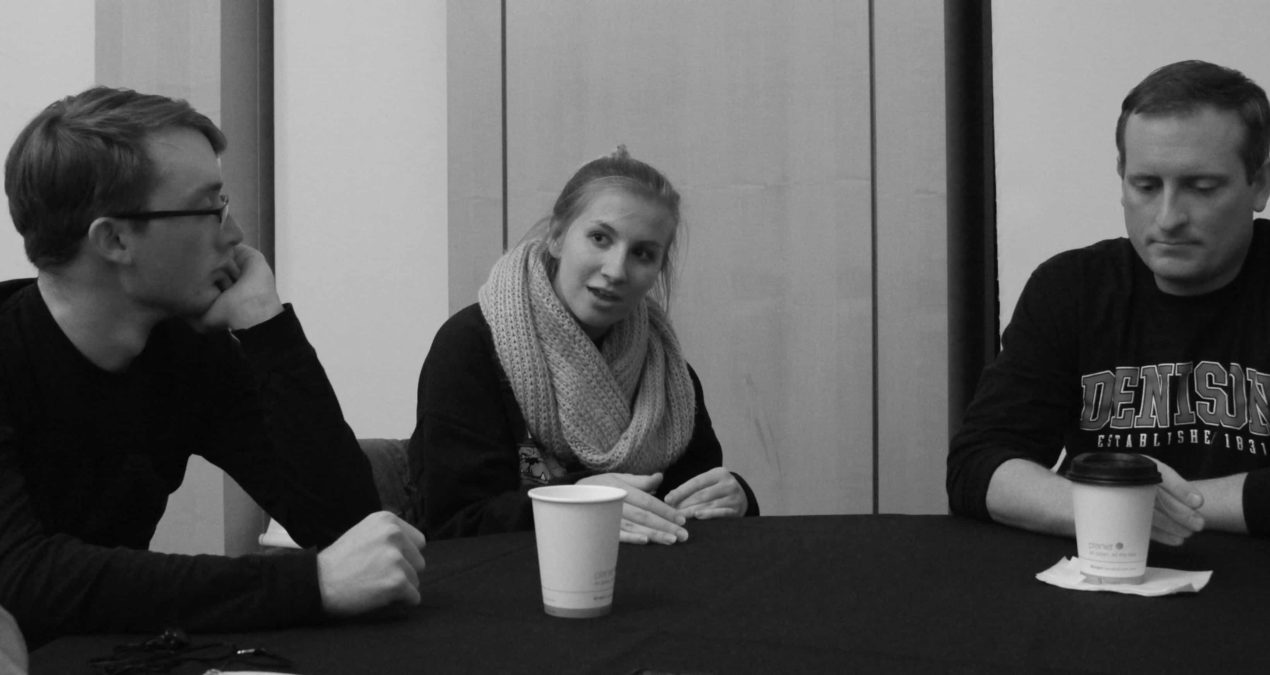 Dialogue between students and administration at Denison has always been a hot topic, not without a certain amount of animosity. But the DCGA made an attempt to shrink this gap last Wednesday, holding an open forum on DCGA-administration communication. Students and faculty met in Knobel Hall to discuss the issue of effective communication.

“It’s kind of a semesterly forum,” said Landon Slangerup ’17, a class senator and DCGA’s public relations chair. “I hope the students and administration can build a better relationship. There’s a lot of negativity from both sides and a lot of that, I think, is due to lack of awareness. After the session, I’ll write down all the responses and send it to Dr. Weinberg,” he added.

While Slangerup was optimistic about the results of the discussion, Maya Washington-Zeigler ’15 was less so. “These conversations are empty,” she said. “They don’t go anywhere. You have these conversations and then you’re back to everyday life at Denison. What has changed?”

In response to a question regarding what administration really was, Fox said that “students sometimes think that administration just means security. I think it’s because they’re the first representatives that [we] meet and see,” he said.

“I think all the students think Doane,” Alison Sheldon ’15 said in response. “It’s one place that’s just that physical representation of the administration.” Sheldon is president of Sustained Dialogue.

Bryan LeBlanc ’15 had a similar view. “I think people are unclear about what the definition of administration is and then they either attribute everything to one person or one person’s actions to everyone. There’s a lot of misinformation.”

The session covered other topics as well, such Yik Yak’s role on a college campus and how the administration could get the approval of the student body on certain decisions.

Ultimately, though, students seemed confused as to what these conversations actually accomplish.

“People need to stop dancing around the issue and say what the issues really are,” Washington-Zeigler said. “I’m not really for these talks anymore, but I still force myself [to] come because I want my voice to be heard.”