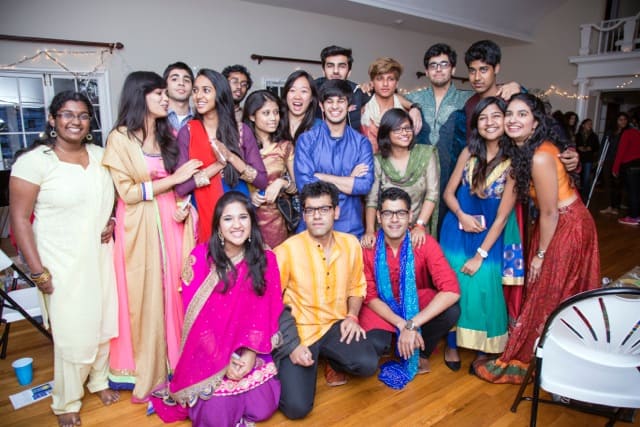 With sparklers, dancing, music and Indian food, Denisonians celebrated Diwali, the Hindu festival of light, at the Open House.

Diwali, which took place on Friday, is “the Festival of lights celebrated in India. It is a celebration of victory of good over evil. It signifies the victory of light over darkness,” said Uma Rajeendra ‘15, the president of the Denison International Student Association (DISA), the organization that hosted the event.

Diwali is important because it is “rooted in tradition,” said Raghav Daswani ‘15, an economics major and computer science minor from Calcutta, India. “Families come together on this day.”

“Basically it is like the Hindu New Year,” said Mihika Agarwal ‘17 of Calcutta, India, the program coordinator for DISA.

Overall, students enjoyed the event. “I thought it was really nice. I met some cool people, ate great food, and learned some more about the festival. I thought it was well organized and very inclusive to all types of people on campus, students and faculty alike,” said Becca Gittleson ‘17, a sociology/anthropology major from Gaithersburg, Md.

“I thought the event was very successful. We had a great turnout and people who attended enjoyed it and had a great time,” said Rajeendra. “This is one of my favorite events to host since it brings the Denison community as well as some of the Granville community together to celebrate and learn a different culture from your own.”

Hillel normally celebrates Shabbat at the Open House on Friday evenings, and during Diwali they collaborate with DISA to share the space.

“We loved celebrating with Hillel last year and that’s why we thought it would be a great idea this year. Even though both cultures and traditions are different I think it still serves the same purpose – to bring people together to celebrate good over evil and happiness,” said Agarwal. “People got to experience both Diwali and Hillel which made it more special.”

NPHC and MGC offices and social space open in Chamberlain