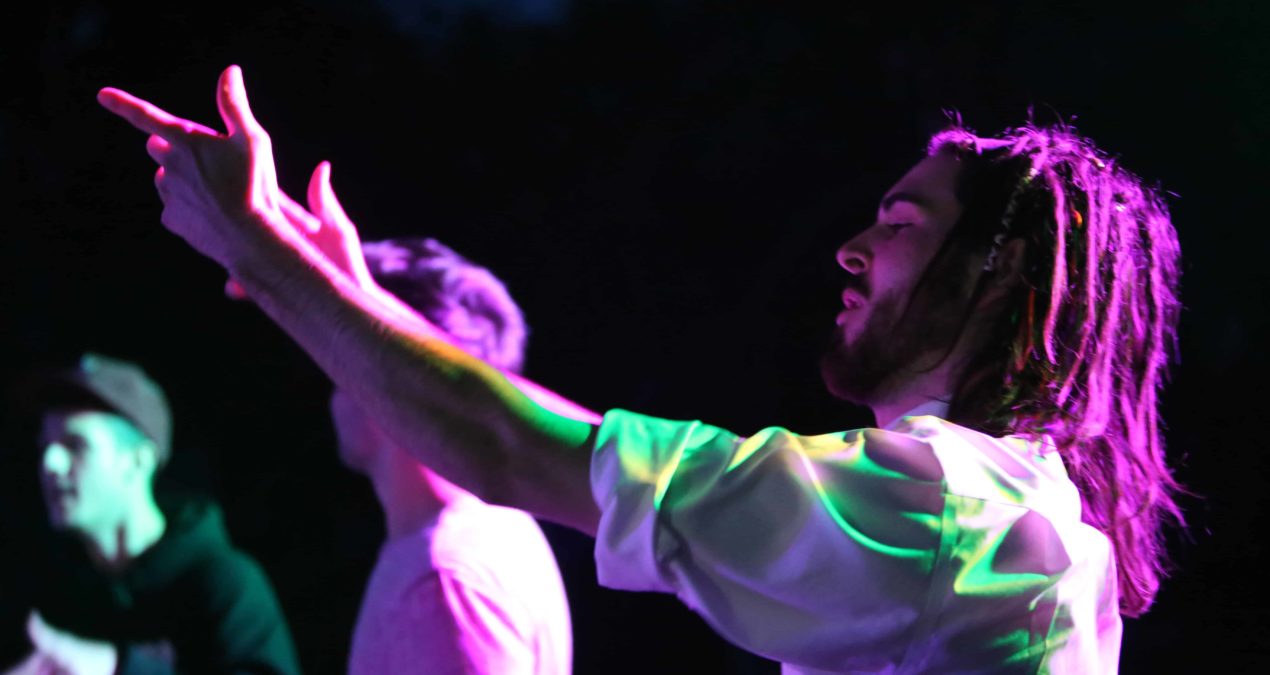 Flashing colored lights, a blanket of fog, pulsating bass-heavy beats, a mob of jumping students with their hands in the air. Walking past Lamson Lodge this past Friday, Oct. 24, this is what the sight would have been – a fairly unusual scene considering that most of Denison’s social events take place in dark, sweaty dorm rooms.

Despite the chilly October weather, students gathered outside for the first annual “Buzzard Beats” concert put on by the Interfraternity Council (IFC) with the help of Denison’s technical support and production organization, Red Tech.

Gunter, a hip-hop/electronic DJ from Austin, Texas, played remixes of songs like Drake’s “Find Your Love,” Snoop Dogg’s “Drop It Like It’s Hot,” and The Chainsmokers’ “#Selfie.”

“It isn’t the kind of music I normally listen to…but it was a blast,” said Hanna Saba ’16 of Chicago, Ill. Saba continues, “if it were up to me, I would have something like that concert every weekend. Personally, I hope it becomes a tradition.”

Megan Robb ’15 recently studied abroad in Wellington, New Zealand, and she also welcomed Tim Gunter’s genre because it was what she listened to there. “[Gunter] had a good mix of slower and more uptempo beats. It was nice to listen to something other than the usual frat mixes.”

Grant Veltman ’15, president of Kappa Sigma fraternity, was involved in the planning process for the event, along with the presidents of the other IFC members. In addition to providing a fun alternative event, the men talked about the concert as a remedy to social issues on campus.

“During the course of our conversations, one thing we discussed was the presence of social barriers between members of different fraternities, but also between those affiliated with a fraternity and those who are unaffiliated. One of my hopes for this event is that it would…mitigate these barriers,” said Veltman.

According to Veltman, the event was funded completely by donations from the six IFC fraternities on campus. He thinks there is strong potential for future collaborative events that “promote fraternities but [are] also inclusive of the entire Denison community.”

The not-so-secret value of externships