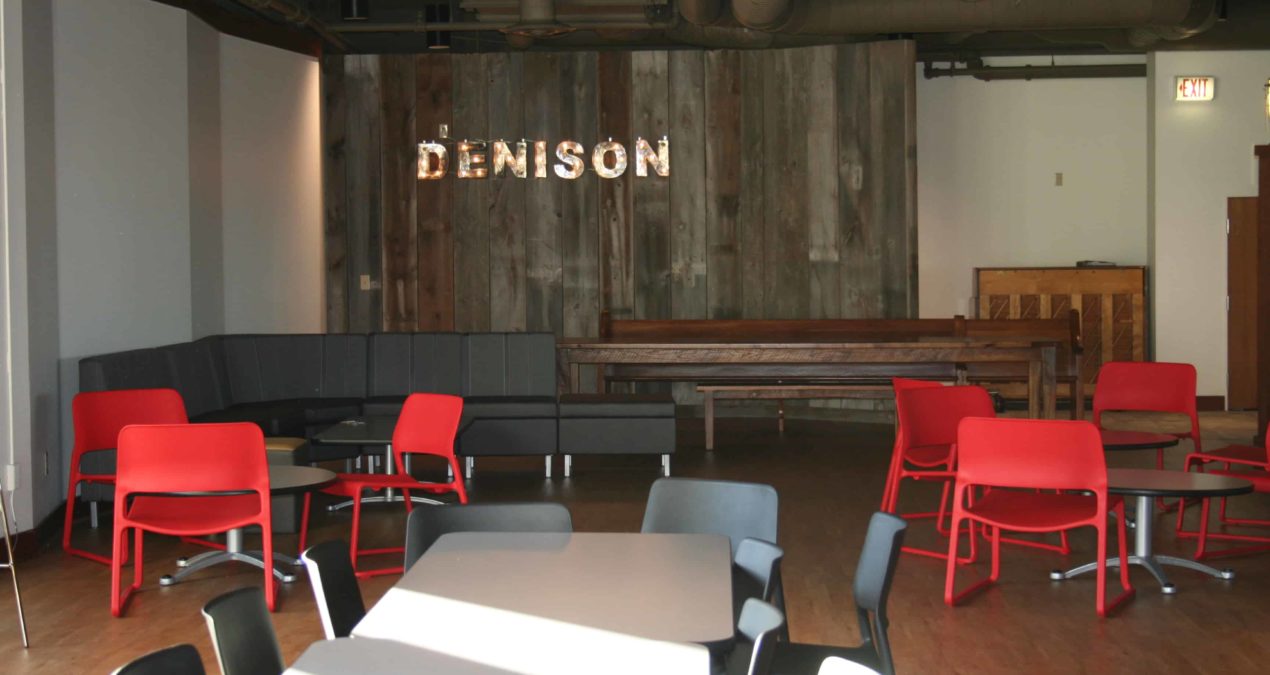 From a pool of 40 proposals, DCGA choose three to fund last semester. The La Fuerza Latina space in Mo-Huch was worked on over the summer and is almost complete. The Roost proposal is in its final stages.

Denison Enterprises has been working closely with the administration, Bon Appetit and the dining committee to implement the proposal passed by DCGA last semester.

They completed most of the construction over the summer and are working to finalize the menu and hours. “We hope to have it open early next semester, but it all depends on how quickly we can get the right equipment installed and how quickly we can train and hire workers,” Vincent said.

“I think its a lot more accessible and open, I love the new seating that they have up there. I know that so many more people are going up there to study, which I think is a really great thing,” said Teddy Jones ’16, an environmental studies major, music minor from Columbus, Ohio.

Jones, a Bandersnatch employee, questioned whether the food was going to be too similar to the famous East Quad coffee house. “I think its interesting because its providing a food service that’s in the same niche as the Bandersnatch. Like if they do grilled cheese or a flatbread pizza, its a lot of the same kind of food they have at the Bandersnatch and then if they do a fro-yo its kind of like a milkshake.”

Jenna McDevitt, the director of administrative services and an advisor to the Bandersnatch, agrees, saying the Roost “needs to be something distinct and different.”

McDevitt, who worked with the dining committee and Denison Enterprises to make purchases, said the students envisioned a “rustic, industrial” design to the Roost.

The changes have been well-received so far. Jennifer Park ’17, a spanish and education major from Cerritos, Calif., visits around four times a week. “It’s really cool. I really like it. I feel like it’s becoming more of a social spot. It’s fun in there.”