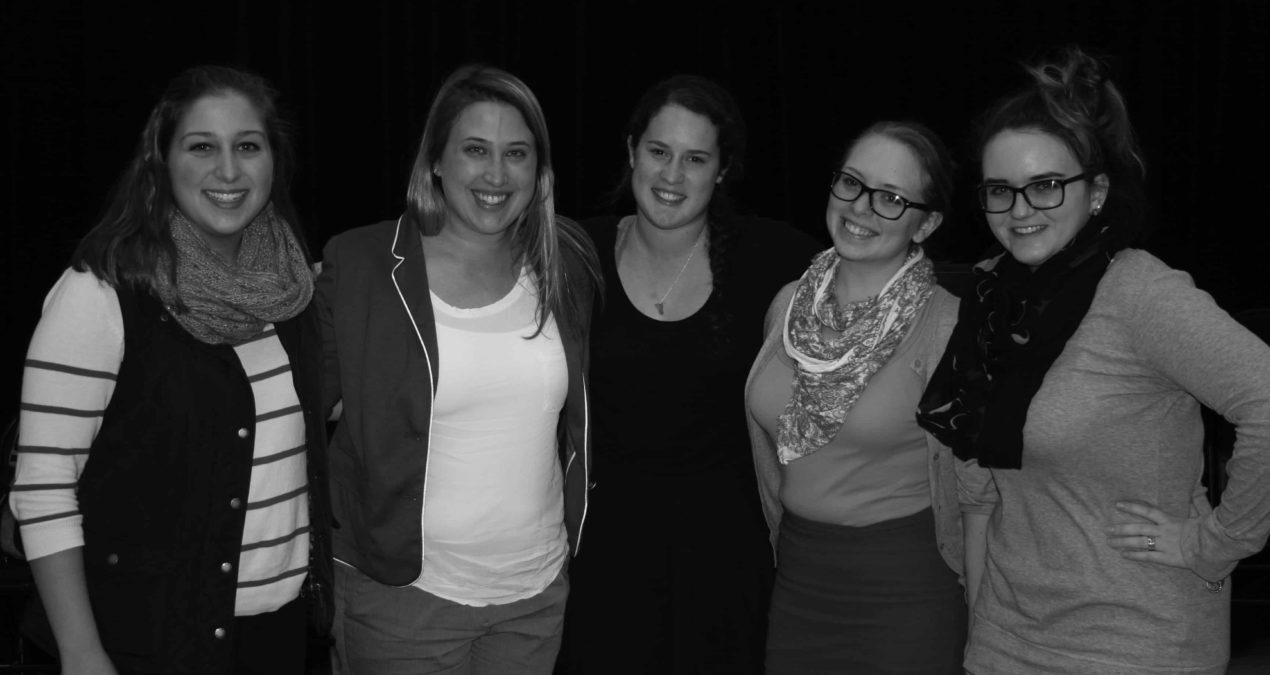 When Amanda Blaugher addressed the half-filled Herrick Auditorium, she noticed a sea of bowed heads, typing on computers and taking notes. Blaugher said that she knew some students had been required to go for a class, and joked, “Even if you’re begrudgingly here, thank you so much.”

Blaugher, brought to Denison by CSMART and the SHARE advocates, shared her personal story of sexual assault and actions that students can take to combat it.

Amanda Blaugher grew up in the suburbs of Baltimore, and attended “a small, private Catholic college” outside Allentown, Pa. “I never drank in high school,” said Blaugher, whose assault happened after a party where students (not including her) were drinking. Blaugher’s assailant, who she described as handsome and athletic invited her to take a walk with him. Blaugher thought it was alright: “It was a very safe campus, I felt very safe,” she said.

Blaugher cited a study that found that of 1,882 men surveyed, six percent admitted to rape when the act was described to them, rather than using the term itself. Using statistics from the Rape, Abuse and Incest National Network (RAINN), Blaugher painted a bleak picture for the audience: Out of every 100 rapes, 40 assailants will be reported to the police, 10 will lead to an arrest, eight will be prosecuted, four will lead to a felony conviction, three rapists will spend a single day in prison while the other 97 will walk free.

After her assault, Blaugher realized she wasn’t alone. Four other women on campus had been attacked by the same man, with each attack getting more severe. Three of the five women, including Blaugher reported him to the school.

“I became known as the girl who got the starting goalie kicked off the soccer team,” Blaugher said. Her assailant wasn’t suspended from school, spent his last semester off-campus and was allowed to graduate. Frustrated, Blaugher transferred to Mount St. Mary’s College where she started a Women’s Empowerment Program.

Today she works in higher education, as an Assistant Director of Residential Life at Pennsylvania State University – Harrisburg.

Bryn Webster ‘15, a political science major from Columbus, Ohio who serves as the All-Advocate Chair for the SHARE Advocates, said her organization worked to bring Blaugher to Denison “to give some people in attendance […] an introduction to the realities of sexual assault on college campuses.”

Webster continued, “Personally, I appreciated her experience in actually organizing education and awareness events on a college campus, since oftentimes people who speak on issues of sexual assault know a lot about the issues but aren’t as helpful when it comes to what students on campus can do to fight back against rape culture.”