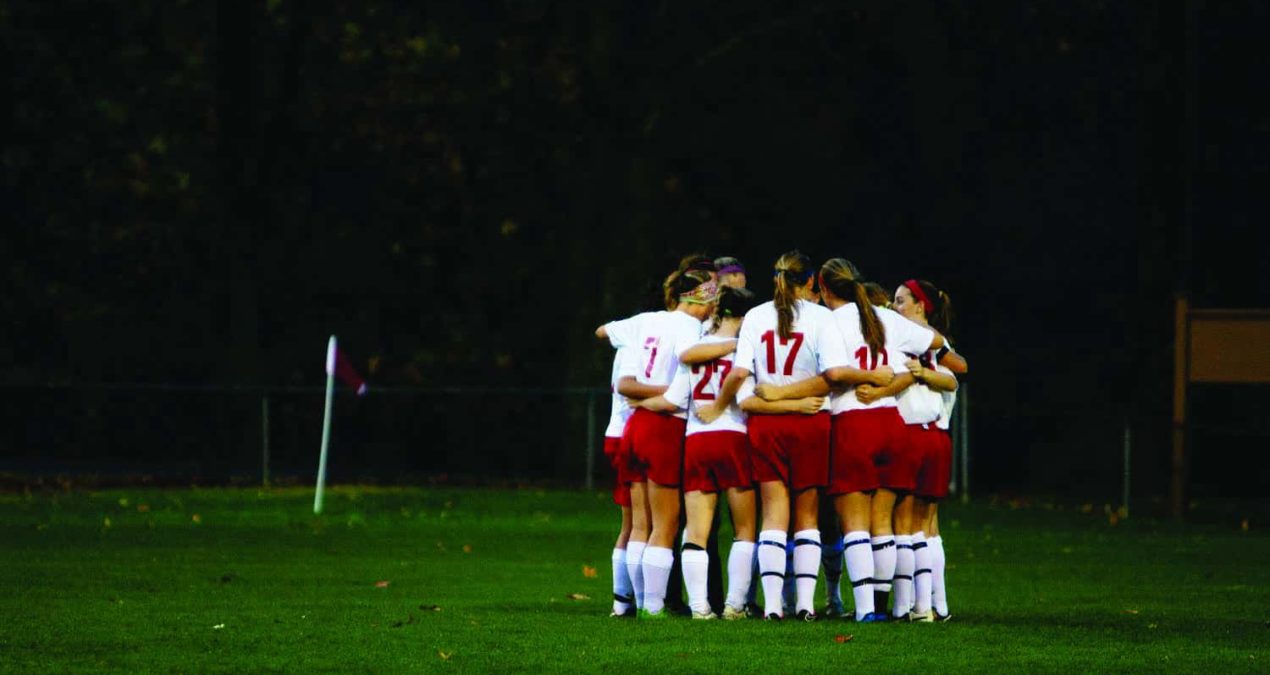 The Denison women’s soccer season came to a close on Nov. 5, when they lost 4-1 to Allegheny in the NCAC tournament semi-finals.

The game was closer than the scoreline might suggest: in fact, the Big Red were winning after the first half thanks to Anne Denz ‘17’s goal in the 26th minute.

Denz described the feeling of breaking the initial tie as one of relief, excitement and motivation.

“We needed a goal to energize the team and get our confidence up and I was excited to be the one to get that goal,” Denz said.

The second half of the season has been extremely productive for Denz. She has piled up 6 goals in the last 8 games of the season and in that time has helped the team to a 6-1 record before the loss against Allegheny.

The team made a strong run late in the season to make it to the tournament, but it was not enough to help Denison defeat Allegheny to get an opportunity to play for a spot in the national championships in Kansas City, MO.

Denz emphasized the team’s need to improve their second-half mentality for next season.

“We tend to start off strong, but sometimes struggle to keep our game up in the second half,” she said. “Over spring and summer we will all put in work as a team and enter the next season with a mission to win the big games in conference that we did not do this year–Allegheny, Kenyon– and hopefully make it to the next step and beyond.”

In order for the team to be able to improve their results from this season (13-6), they will need to look toward leaders such as Andrea Witte ‘16, who led the team with 7 goals and also received 2nd team all-conference honors for her efforts this season.

Softball looks to turn season around as conference play approaches