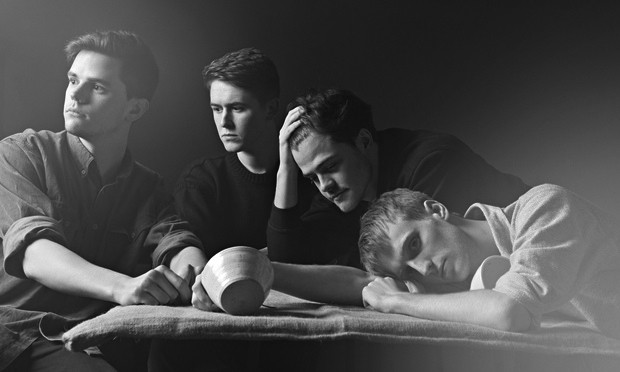 On the bus, in the car, on the way to class–generally we take music with us wherever we go. But sometimes an album comes along with a special power to transport the listener somewhere else. Even after several listens, I don’t know exactly where Gist Is goes, but I sure like going there.

Adult Jazz’s debut album came out in August and sounds like Bon Iver got ahold of some of Alt-J’s drugs, in a great way. In fact, it plays like a natural sequel to Alt-J’s An Awesome Wave, but way weirder.

Similar to Alt-J, their British contemporary excels at producing deep harmonies that evolve with the unpredictability of a summer storm.

This much is evident from the get-go on the first track, “Hum.” It opens with a drone of synth and horn, soon followed by a ramble of lyrics that resemble free verse poetry in a crooning voice that strikes a chord similar to Fleet Foxes. But comparisons end there. The lyrics are where Adult Jazz departs from any claims of being an Alt-J clone: they are difficult and poetic – not simply lyrical.

In some songs, such as “Am Gone” and “Idiot Mantra,” the words are even chopped short or bent out of pitch and beyond recognition by the post-production, similar to a style that fans of Animal Collective will recognize and enjoy. Though challenging, the lyrics are only past the point of frustration if you try too hard to focus on them at first listen.

On Gist Is the quartet lives up to the “Jazz” in their name with swinging percussion riffs and rhythms that could have been ripped from the Whiplash soundtrack (though the album preceded said film). So take a trip with Adult Jazz and the deep and fresh sound they together and hear why I consider Gist Is one of the best works of art from 2014.