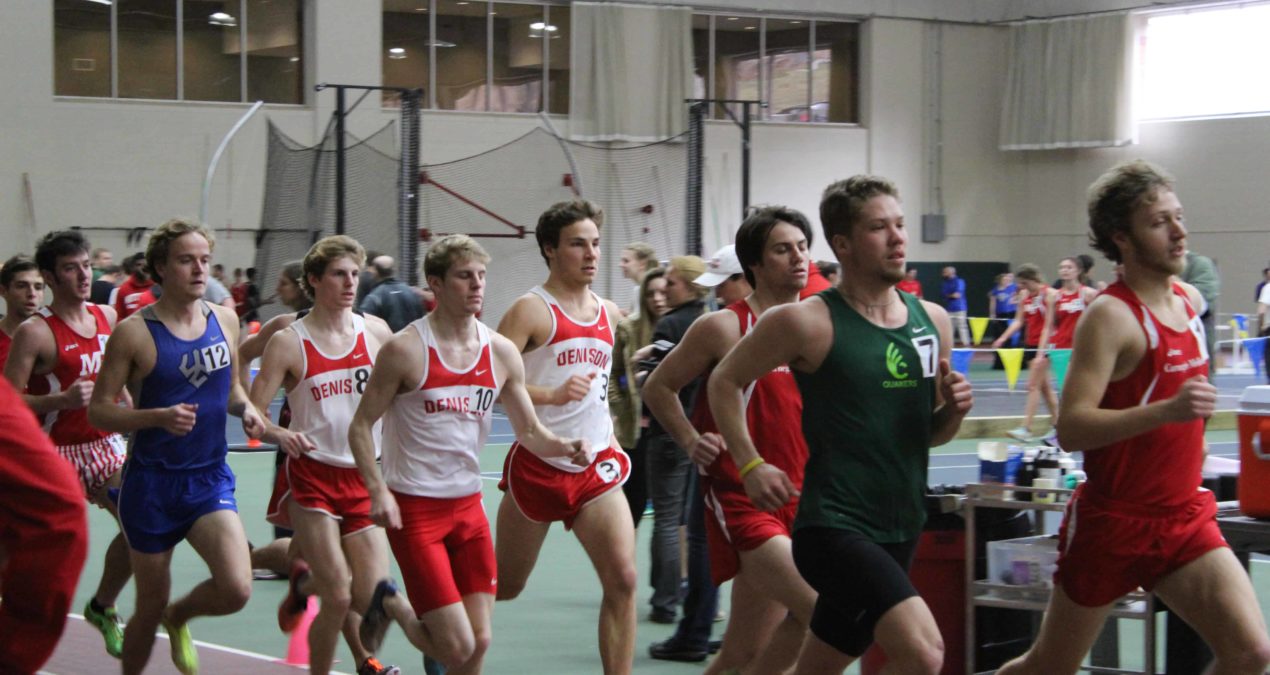 With the help of his screaming teammates and fans, Quentin Richards ‘16 sprinted to a fifth place finish among 41 other competitors in the 60 meter dash at the Mitchell field house.

Richards along with Wallace Branche‘16, Ryan Keller ‘16 and Zach Cove ‘17 started their seasons off right at the Lid Lifter Invitational at Denison University.  The men placed eighth overall at their first meet of 2015, with Richards anchoring the team with three top six finishes.

“As good as it may sound to have three top six performances, it’s hard for me to walk away from this weekend completely satisfied,” said Richards, adding that the home-field advantage and the team’s camaraderie motivated him to run so well on Saturday.

“The Lid-Lifter is always our first meet of the semester and being able to compete at home so early in the season really motivates our guys to perform well,” Richardson said. “The entire team really seems to get into the relay events, which causes a lot of cheering and support from fellow team members. That may be why I enjoy the relays so much; the support that radiates from those events is contagious.”

In the field events, Branch led the Big Red with a second place finish in the triple jump, leaping for 14.05 meters. Other standout performers were Keller and Cove, who both competed in the mile, placing fifth and seventh, respectively.

Even though they were two places apart in the standings, they finished within one second of each other, and it resulted in points towards Denison’s overall score.

“The mile is my favorite, because the laps feel faster indoors since you are only running 200 meter laps,” Cove said.  Cove was really pleased with his own performance, but knows that in order for the team to reach their true potential, they need to get healthier.

“About a third of our team is injured,” Cove said. “We need people to get healthy. The distance runners have been working on our explosiveness, and we’ve revamped our workouts. They’ve been really intense this year.”

The men will race again at the Fighting Scots Invitational in Wooster, Ohio next weekend where they will look to take the success they had this weekend and use it against their conference rivals to the north.

Here’s what Russian hackers and textbook publishers have in common