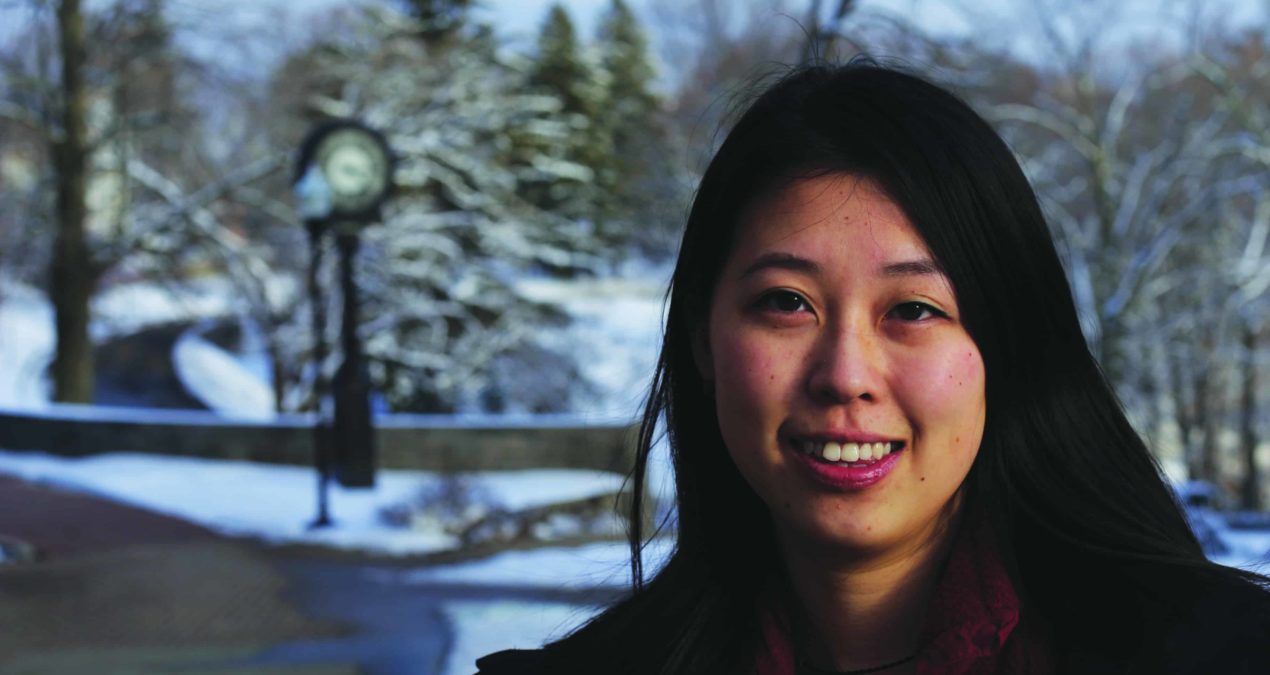 Denison is not known as a breeding ground for future entrepreneurs, but many students are using technology to play around with their innovativeness to develop something new.

Yi Wu ‘16 is an economics and German major and computer science minor from Yangzhou, China. She describes her app as “A hyper-local mobile app that helps college students discover and connect with people they cross paths with in real-time.”

The idea for the app came from a personal desire to get to know her acquaintances better. “After I got back to campus [in the fall] everyone was asking ‘How was your summer?’ I’m thinking ‘maybe some people are actually very curious about what my summer was like,’” explained Wu.

“But sometimes I would like to say more than ‘good, good,’ but I don’t know whether the person actually wants to know or they are just being polite. So I thought I might have missed out on the possibility of making new friends.”

With the help of Denison professors and friends from other universities, Wu has begun to develop her app. “The app is very hyper-local. If you walk into Slayter, your location will be set in Slayter and then everyone will log in with their facebook account. It’s similar to Tinder.”

Wu explains that the app is a way to meet new people who have similar interests or friends in common.

Like all successful entrepreneurs, Wu isn’t afraid of failure. “I’m really excited because I don’t really care about how many people are going to actually use it, I care about how much I can learn.”