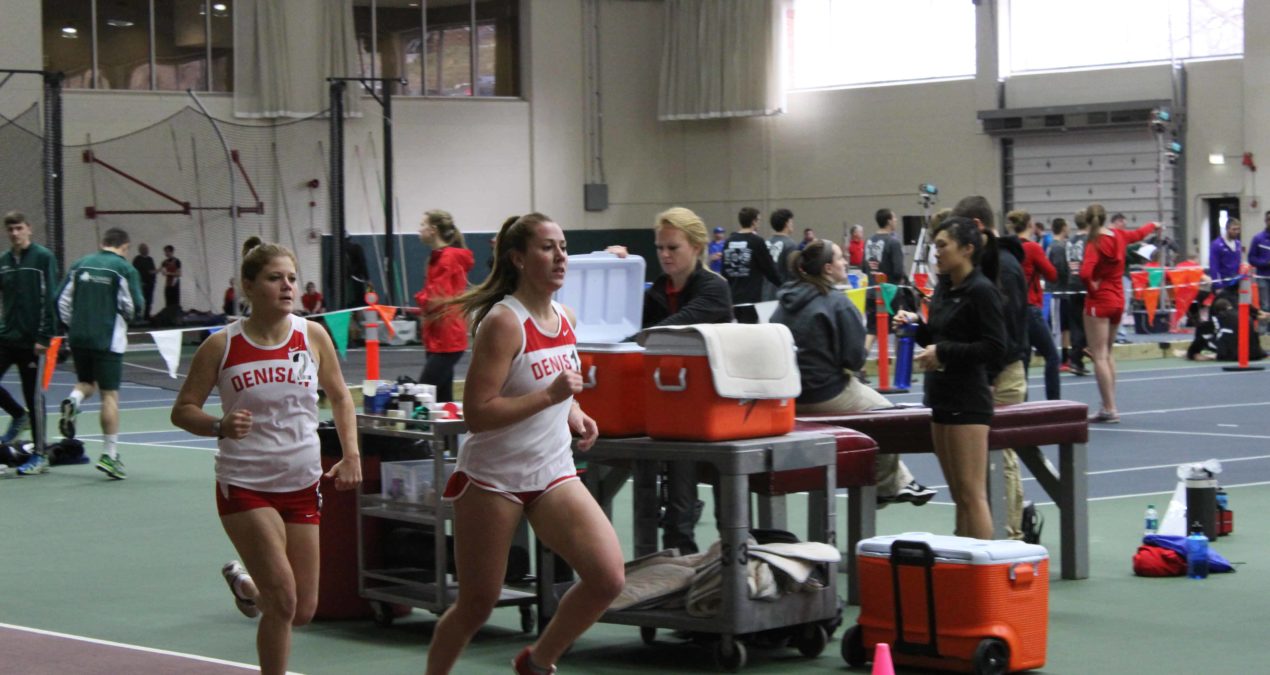 The atmosphere in the Mitchell Fieldhouse was electric as every member of the Denison women’s track team prepared for their individual events surrounded by the squads of 11 other schools.

In spite of the month and a half break between Saturday’s DU Lid Lifter and the squad’s last showing at the Tiffin Invitational on Dec. 6, the women turned in excellent performances and earned fifth place against Division II competition, like California University Pa.

Kate Benson ‘16, who raced to a fourth place finish in the 3,000-meter run, was excited about how disciplined the Big Red squad remained over break.

“The winter break is a difficult time for training, since we are apart for about a month,” Benson said.  “Over the break, we follow a workout schedule set by the coaching staff, and we track our workouts on a team log so that we are held accountable to our teammates and coaches. It is a nice time to relax, but it definitely requires discipline and focus to prepare for competition.”

Benson turned in a time of 11:22.42’ in her race and was just one of DU’s many scoring performances.

Aedin Brennan ‘16 paced the squad with four top five finishes in her events.

In the triple jump, she out-leapt the competition with a 35’06.50’’ composite score.

Anne Lee ‘17, who took fourth in the event with a 33’03.25”, emphasized the role of the coaches in this weekend’s solid showing at home.

“Our coaches definitely put a lot of work and effort into preparing us for the season,” Lee said. “For this past weekend, the coaches already knew what shape we were in. So based on that they knew what are limits were and tried not to push us too much because we had an upcoming meet.”

“Competing against Division II colleges will definitely help Denison grow and improve. It gives us competition so we can push ourselves to do our best.”

The Blaze won the invitational with 117.5 points and Denison (48) rounded out the top five thanks to Brennan and Lee.

The Big Red will travel to the Fighting Scots Invitational in Wooster, Ohio on Jan. 31.