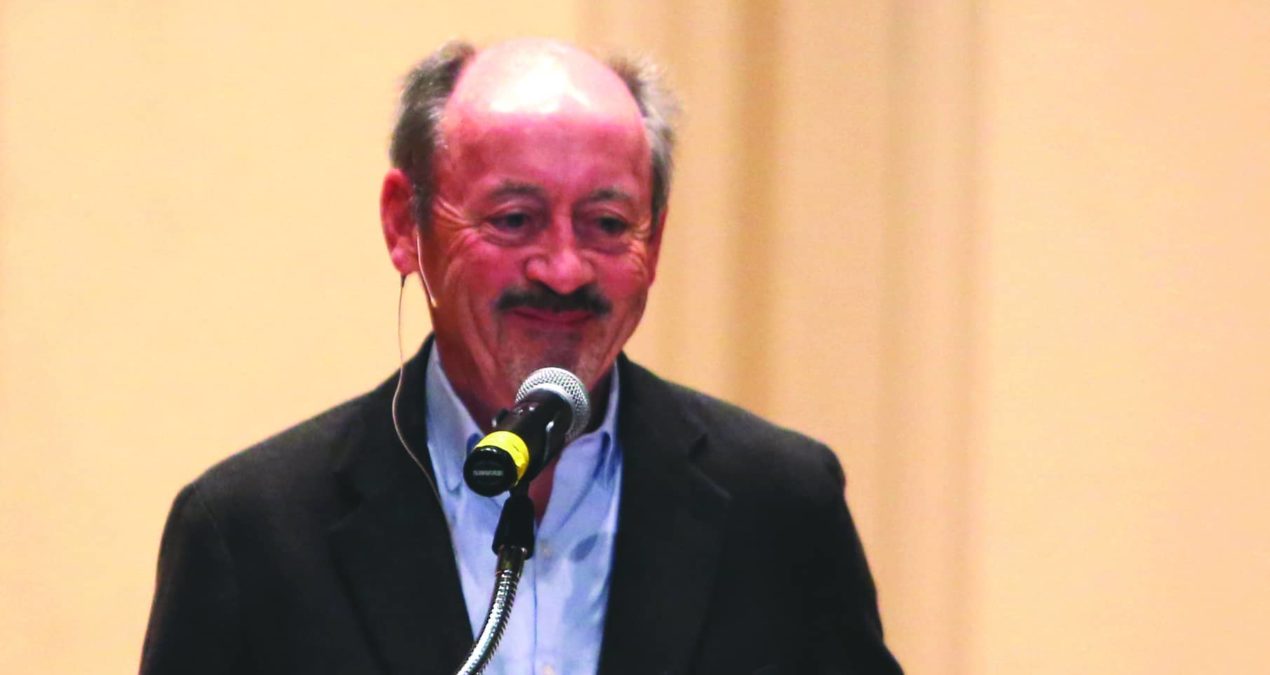 The American ideas of poetry as literature weaved its way into an exceptional forum of the spoken word when former United State’s Poet Laureate Billy Collins excited the audience with humor, sensitivity and powerful thematic elements simply by reading his work.

The reading was the first non-musical event that the Vail Series has held in conjunction with Professor David Baker of the English Department. During Dr. Baker’s introduction, he stressed that the performance of poetry was music in and of itself. It was clear that with masterful language like Collins’s, the exceptional pieces of poetry sung.

Collins led with a free set list, reading poems in no particular order from both his published works and a personal selection of specific pieces.

The author seemed to choose what to read based on responses to the audience’s interests and reactions (mostly laughter and soft sighing), which made for an incredibly engaging connection between performer and listener.

His selected works began with a poem entitled, “A Portrait of the Reader with a Bowl of Cereal,” a beautifully simple pastiche of scenes detailing his opinion on the ideal reader.

He turned then to poems in a voice not quite like our own, using the favored domestic house cat or the dog who in fact hates his owner as inspiration for each stanza.

Collins hails from New York and has earned many accolades, all of which place him among the ranks of America’s best and most loved poets.

He has addressed Congress in a joint session in honor of 9/11 victims, published 10 collections of poetry, been awarded fellowships from the National Endowment for the Arts, the New York Foundation for the Arts and the John Simon Guggenheim Foundation and the list seems never-ending. His work speaks with honesty, but never forgets a flair of funny.

Collins’s more elaborate themes dealt with death, failed ambition and aging, all written with a quiet humor that crept through the audience’s spine ever so slowly—yet without question would force them erupt in unanimous laughter.

The poet ended the reading with a short question and answer session and was sure to inject his wit into every response. This was Isabel Ruksznis’s ‘18 favorite part of the reading.

She was especially inspired by Collins’s advice regarding the exploration of poetry. “I loved how he suggested that we, as poets, find poetry that we wish we had written. I know I could use that to help me come up with my own work that includes a mixture of poetic styles from different authors that I enjoy and admire,” she said. Collins’s advice also resonated with myself and made me look at the development of my writing in a new way.

Collins is not only a poet who is a joy to read, but is also an inspiration to watch. It would not be an overstatement to say that a poet like Collins makes music from just reading his remarkably creative stanzas.

“If Beale Street Could Talk” resonates rather deeply with viewers