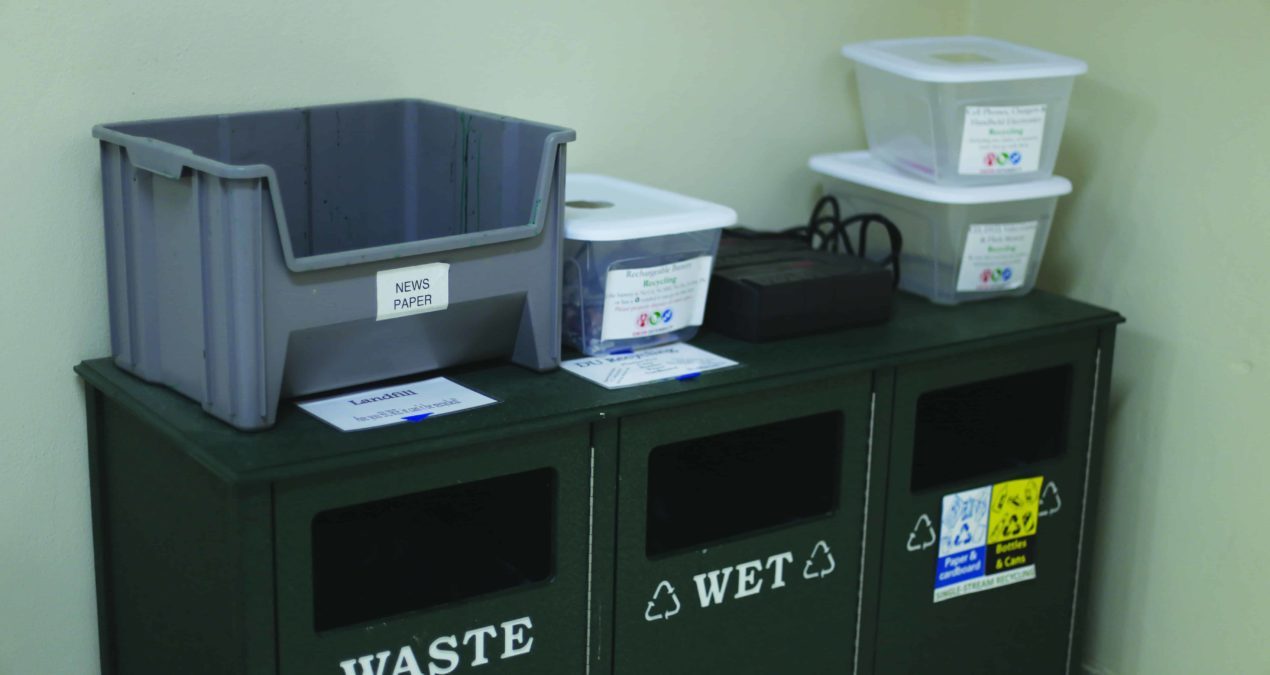 Composting our meals and recycling old items is part of the daily life of the average Denison student, and this has paid off in the national rankings.

Last April, Denison University was on the list of the 379 “most green” colleges in the United States by the Princeton Review, which judges institutions based on a strong commitment to sustainability in their academic offerings, campus infrastructure, activities and career preparation.

In addition, The Sierra Club magazine released its “Cool Schools” rankings for sustainability-committed colleges in August and Denison University was the second-ranked university in Ohio, after Oberlin College and before Ohio State University. Eight other Ohio schools participated in the rankings.

On its website, the Sierra Club says that the “Cool School” rankings are made “to celebrate the schools that honor their students’ idealism by committing to the planet’s big issues, Sierra has, for eight years now, tallied America’s greenest universities.” The website continues, “Our ranking is the result of an extensive survey, created in partnership with the Association for the Advancement of Sustainability in Higher Education.”

Within the past year, Denison has switched food services from Sodexo to Bon Appetit, which has created a more environmentally conscious dining scene. Bon Appetit is an industry leader when it comes to sustainability and their food sourcing philosophy meshes well with Denison’s sustainability efforts.

Jeremy King, the campus sustainability coordinator, said that “about 25 percent of food served on campus is sourced locally.” Bon Appetit requires its chefs to buy at least 20 percent of their ingredients from small farmers and producers within 150 miles of their kitchens for daily meals.

On Sept. 24, 2014, Denison hosted its second Eat Local Challenge Day, which is a national campaign from Bon Appetit that challenges its chefs to create a 100 percent locally sourced meal.  This day is a great example of Bon Appetit’s commitment to sustainability. The challenge pushes Bon Appetit to the next level.

A Denison graduate, Lia Crosby, ate in the Curtis Dining Hall on this day and was quoted by The Newark Advocate saying that she “was proud to say that among the food served at Tuesday’s lunch were vegetables from the community garden she started with her fiancé and fellow Denison grad, Shane Richmond.”

Aside from dining, the students and faculty within the Environmental Science Department are making big impacts on campus.

Piper Tompkins ‘15 is an environmental studies major and sociology/anthropology minor from Little Compton, R.I.  Her senior research is an educational campaign to help spread awareness about the truth behind palm oil and her ultimate goal is for the campus to avoid such products that contain the palm-oil.

“My hope is by educating the campus on the several negative externalities of the product, people will want to start avoiding it and then maybe the school will decide to be palm-oil free in a few year’s time,” Tompkins said.

Her research consists of the negative environmental, social, political and economic effects that palm oil has.  She has created a survey that not only mentions all such factors, but also helps for her to understand how knowledgeable the campus is regarding this topic.  In regard to the future.

Sarah Flemming ‘15, an environmental studies and biology double major from Clinton, N.J., described her research as, “looking at public perceptions of solar power.”  She is surveying Denison students, staff and faculty to gain a better understanding of these perceptions.

Based on her survey results, Flemming is going to create a brochure to better educate the public on Denison’s proposed solar array.  The proposal includes installing solar arrays in two places: the biological reserve and adjacent to the Denison Recycling center.

The bio reserve consists of 350 acres of forests and orchards that are within walking distance from campus.  The purpose of the reserve is to enhance the education of students within the Biology and Environmental Science departments through independent research in the reserve. Installing these panels would greatly increase the green credibility of Denison’s campus.

When asked about Denison’s sustainability in the future Flemming said, “I would like to see Denison carbon-free by 2030 (in accordance with the American College and University Presidents’ Climate Commitment). I would also like to see a successful recycling program.”

Kevin Harrison is an environmental studies professor from Montclair, NJ.  Like Flemming, Dr. Harrison is also interested in the carbon cycle. At Denison, Dr. Harrison’s research is centered upon the past, present and future carbon cycle. Harrison’s passion is exploring ways to make the world better for future generations through his teaching and research. In his classes, students develop the skills and motivation for lifelong learning; become avid problem-solvers, and skilled communicators.

Harrison even tested the effectiveness of non-toxic herbicides and insecticides, and came up with a way for melting ice on the roads and sidewalks by using geothermal wells.  Harrison also developed a method to increase the efficiency of conventional power plants by 30 percent.

However, even though his plans have been presented, he has not been given approval to initiate them due to issues with funding. Looking forward, Harrison said that he “would like to see Denison University switch over to 100 percent wind and solar power before 2020.”

Harrison windmills on the shore of Lake Erie, which would convert the wind energy to hydrogen using electrolyzers. Then hydrogen would be carried by trucks to Denison, where it would be converted back to heat and electricity using fuel cells. These trucks would also be hydrogen powered. Harrison explained that this approach uses existing technology and, “funding for the project could be obtained from the US Department of Energy and other sources.”

Although Denison is promoting awareness of sustainability on campus through students, faculty and dining services, those who are passionate about the subject still believe Denison can reach a greater level of stability.