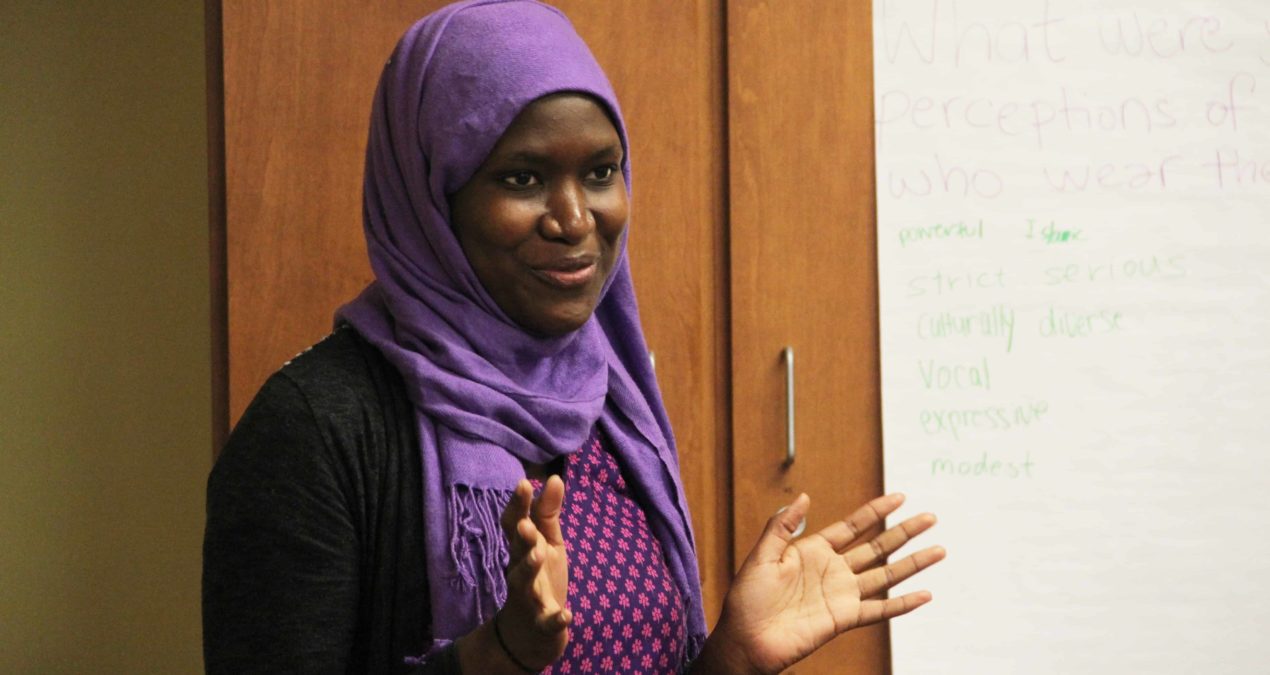 Have you ever noticed women walking on campus wearing headscarves? Chances are, they are donning a hijab, which is a traditional Muslim article of clothing worn by women.

With the help of the Muslim Students Association, the Denison community celebrated Hijab Day on Feb. 4. The event is geared towards promoting cultural awareness and understanding. In addition, the day raises awareness of the experiences of Muslim women by “creating a space for dialogue and advocating solidarity and respect,” according to Aissata Barry ‘15.

Denison students were seen all over campus wearing hijabs on the day.  “It really showed how our campus could positively represent a group of people who often times are underappreciated,” said Kate Hackett ’16, a communication major from Wilmette, Ill.

Barry said that the event helped participants gain a greater understanding of other cultures. “Hijab day at Denison is a day where many Denison students wear a headscarf for a whole day and observe the responses from their surroundings in order to gain some understanding of Muslims who wear the Hijab despite the stigma attached to it,” she said.

Barry continued, “Over one million women wear the hijab in support of Muslim women who feel stigmatized and sometimes physically and emotionally abused by others because of their choice to wear a hijab.”
Hijab Day is celebrated all over the world. Nazma Khan started the tradition of celebrating the day on Feb. 1, 2013. Denison students adopted the tradition during the spring semester of 2014.

As a campus with a diverse student population, it is important that Denisonians understand the different cultures of their peers.

Lucy Ramonat ’17, a communication major from Bloomfield Hills, Mich. said, “I noticed that students of all races and ages were participating in this day. I think that it was important because it showed that hijabs aren’t just designated to those with certain religious beliefs but for anyone who wants to wear them.”

Hijab Day’s social justice component teaches an important lesson to Denisonians. “Denison Hijab day is important because it encourages Denison students who choose to participate to get out of their comfort zone and gain some experience on what it means to be different in the midst of normalcy,” Barry said. “Most importantly, Denison Hijab day creates a space for meaningful dialogue on oppression, freedom, respect, cultural appropriation, religious and cultural identity and solidarity.