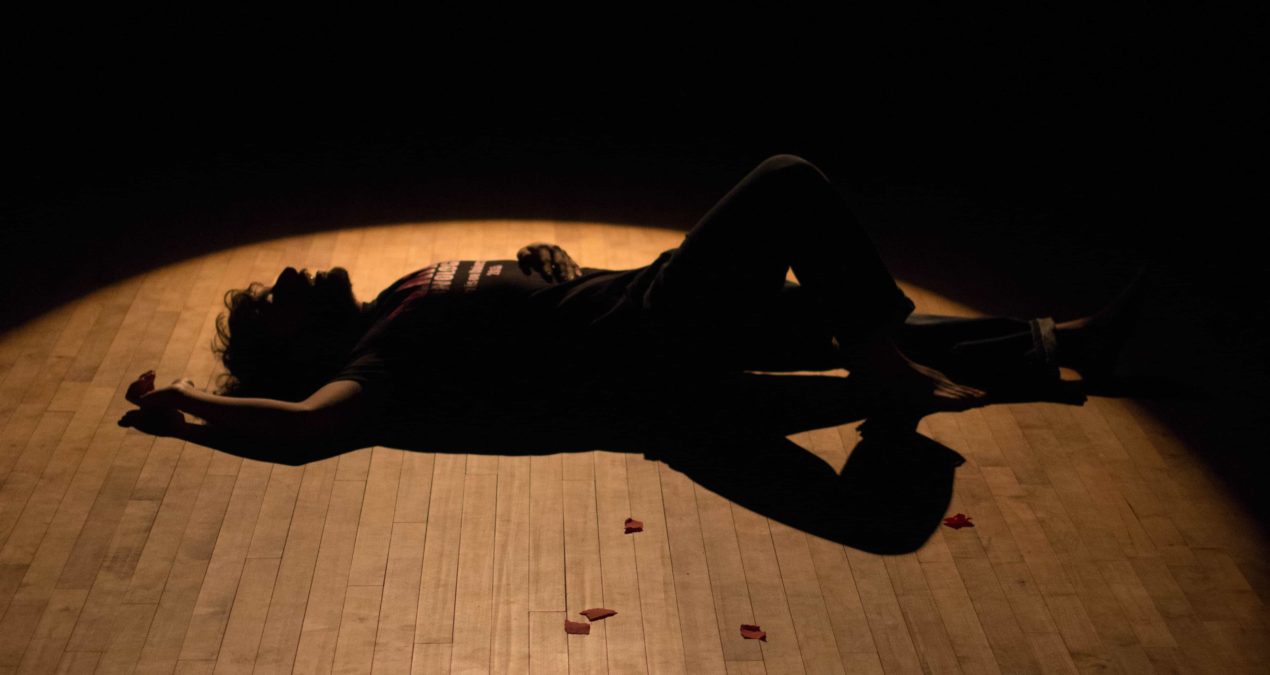 Although a shorter series of performances (clocking in at around 90 minutes compared to two hours in previous years), this year’s Genital Monologues were no less powerful, and proved even more varied in content than in the past.

Continuing again with the change made last year to rename The Vagina Monologues to reflect a wider range of experiences, the “Gen Mons” were held in the Knapp Performance Space from Feb. 12-15. In contrast to the original Vagina Monologues, written by playwright Eve Ensler, all of this year’s plays.

Written by playwright Eve Ensler, all of this year’s plays were written, directed and performed by students.

Topics of the show included sex and sexuality, gendered stereotypes, sexual assault and concepts of virginity. Some performances took a humorous approach, such as “Eating Pussy: The Sermon on the Mound,” starring Leona Vander Molen ’15.

The monologue, written by Erin Katalinic ’16 and directed by Christina Hambleton ’16, featured Vander Molen shouting into the crowd various terms (from clinical to raunchy) for the titular sex act, but ended with a simple “want to know what your partner likes in bed? Just ask!”

“Bi The Way,” written by Meghan McGuire ’17 and directed by Will Brackenbury ’15, was another wisecracking standout, with Amanda Nelson ’17 and Rhiannon

White ’17 starring as the inner and outer conversations of a girl trying to come out to her parents.

There were also two monologues told exclusively from men’s perspectives, both among the show’s most serious fare. “No Escape,” written by Marc Weaver ’17 and directed by Katy King ’17, starred Robert Templehof ’18 as Andre and Dominic Pfister ’17 as Kevin.

While their friend Adam (Seth Schoenhaus ’18) is downstairs playing a video game, Kevin assaults Andre. The lights were shut off during the scene, leaving the audience completely in the dark, only hearing Andre’s protests and Kevin’s aggression.

When lit again, we saw Andre curled up on the floor, with Kevin going back down to join Adam as if nothing had happened. In a time when sexual assault survivors of all genders still face yet more trauma when coming forward with their stories, the piece was timely and heartbreaking.

The same could be said for “When She Told Me,” written by Matt DeMotts ’15 and directed by Emily Carnevale ’16. Starring Rohaan Unvala ’17 alone, he told a story of learning that his girlfriend was sexually assaulted by a friend. Unvala lay on the floor for much of the performance, with the spotlight shifting as he moved, shouting about how he wanted to kill the assailant and how he didn’t know how to help his girlfriend. The one-man show quality only added to the intensity.

The show did, however, end on an uplifting note. “Demigoddess,” written by Emily Smith ’15 and directed by Emma Skorepa ’15, explored the concept of demisexuality, an emerging term that describes someone who can only experience sexual attraction with those that they know very well.

Starring Heather Grimm ’17 as the “demigoddess” and Julie Hoagland-Sorenson ’16 as a supportive voice (A friend? An internal monologue?), the former described her journey toward realizing her demisexuality and her struggles with anxiety, believing that no one would ever want to be with her. Perhaps a creative choice made by Skorepa, Grimm and Hoagland-Sorenson used a long purple silk yard to roll themselves together and to wave behind Grimm as she stood high, a “demigoddess” with her chariots. By turns thought-provoking and exploratory, in my view, it was the best performance of the night.

Solar Eclipse Visible in 14 States Across the U.S.