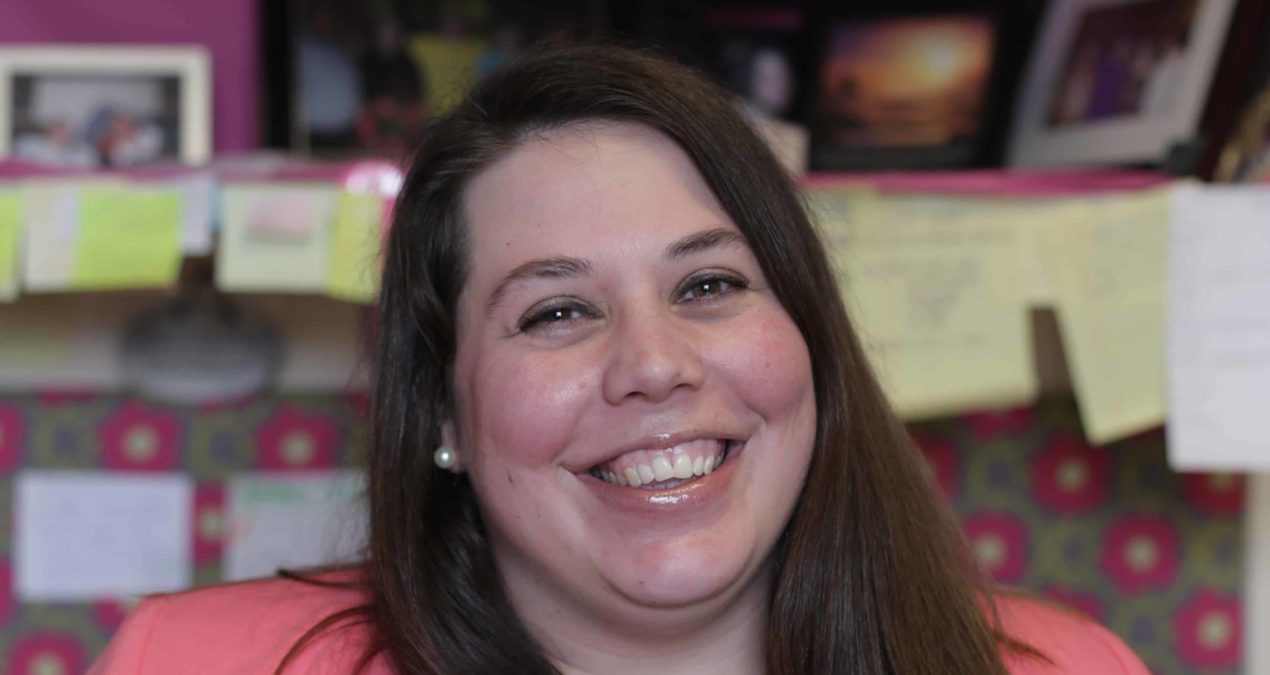 Every few years during August Orientation, Denison invites entering first-year students to complete a survey—asking them about their beliefs, values, backgrounds and experiences.  This survey allows us, as an institution, to learn more about the newest 25 percent of our student population—to understand their experiences in high school, their expectations for college and their perceptions of themselves.

The survey produces hundreds of pages of Denison-specific data, and over the next several weeks, we will highlight specific findings—why students choose Denison, what they hope to accomplish during college and beyond, and in this article, an examination of the tremendous diversity within this cohort, not only regarding identity (race, financial background, political affiliation and religion) but also diversity of thought.

Here’s a look at some data. Economically, students come from a range of financial backgrounds—with 22 percent from family incomes of $50,000 or less and 29 percent from incomes of $200,000 or more. Many students (37 percent) are contributing at least $1,000 of their own money (from savings accounts, work study, etc.) to their educational expenses this year. English is not the first language for 13 percent of the cohort.

Students also come to college with differing medical backgrounds: 13 percent report having depression, anxiety or another psychological challenge, 12 percent ADHD, 8 percent a learning disability, 5 percent a physical disability (speech, vision, hearing, etc.) and 4 percent a chronic illness (like cancer or diabetes).  All of these numbers reflect another type of diversity of lived experiences.

These varied backgrounds, identities and experiences contribute to different ways of viewing the world. The survey asks students to indicate their agreement or disagreement with several statements. Their responses reflect an exciting diversity in perspectives. While 20 percent agree that racial discrimination is no longer a major problem in America, 80 percent disagree.  Nearly one-third (31 percent) state that undocumented immigrants should be denied access to public education, but 69 percent disagree.

While 90 percent agree that same-sex couples should have the right to legal marital status, 10 percent disagree. Although 74 percent of students agree that addressing global climate change should be a federal priority, 26 percent disagree. The class is evenly split on whether the death penalty should be abolished. Two-thirds of the class agrees that through hard work everyone can succeed in American society while the other one-third disagrees.

While the survey data reveal great diversity in the first-year class, nearly everyone comes from homogenous backgrounds: the majority of white students come from mostly white neighborhoods, and the majority of students of color come from mostly non-white neighborhoods. In addition, one-third of students reported never or only occasionally socializing with someone of another race or ethnicity during high school.  For some students, Denison may present their first encounter with difference.

Although the data may suggest inexperience in interacting with diversity of thought, ideas, and identity, Denison students report great strengths in their ability to see the world from someone else’s perspective, openness to having their views challenged and ability to discuss and negotiate controversial issues. These three statistics point to an environment where students are open and willing to discuss these different experiences, beliefs and values and to learn from one another.

As illustrated by the data, Denison is composed of individuals with different backgrounds, experiences and beliefs. It’s what makes our campus so rich in energy and dialogue. What’s especially fascinating is that Denison is more diverse in beliefs and backgrounds than comparison private, liberal arts colleges, especially in terms of religious, political and racial diversity.

Additionally, we are at a moment in time where the diversity on this campus—in beliefs, background and experiences—is greater than it’s ever been. We, as a Denison community of faculty, staff and students, should take advantage of it.

We should talk to others we don’t know, engage them on a “controversial” topic, and listen to their beliefs and why they believe them. We should learn about the experiences of others and how those experiences have shaped who they are as people.

While the education we gain inside the Denison classroom and from the books and articles we read is in itself incredible, what we can learn from each other over lunch in Curtis or Slayter, through late night conversations in common rooms and during campus organization meetings has the potential to change how we view the world and prepares us to be better neighbors and citizens.