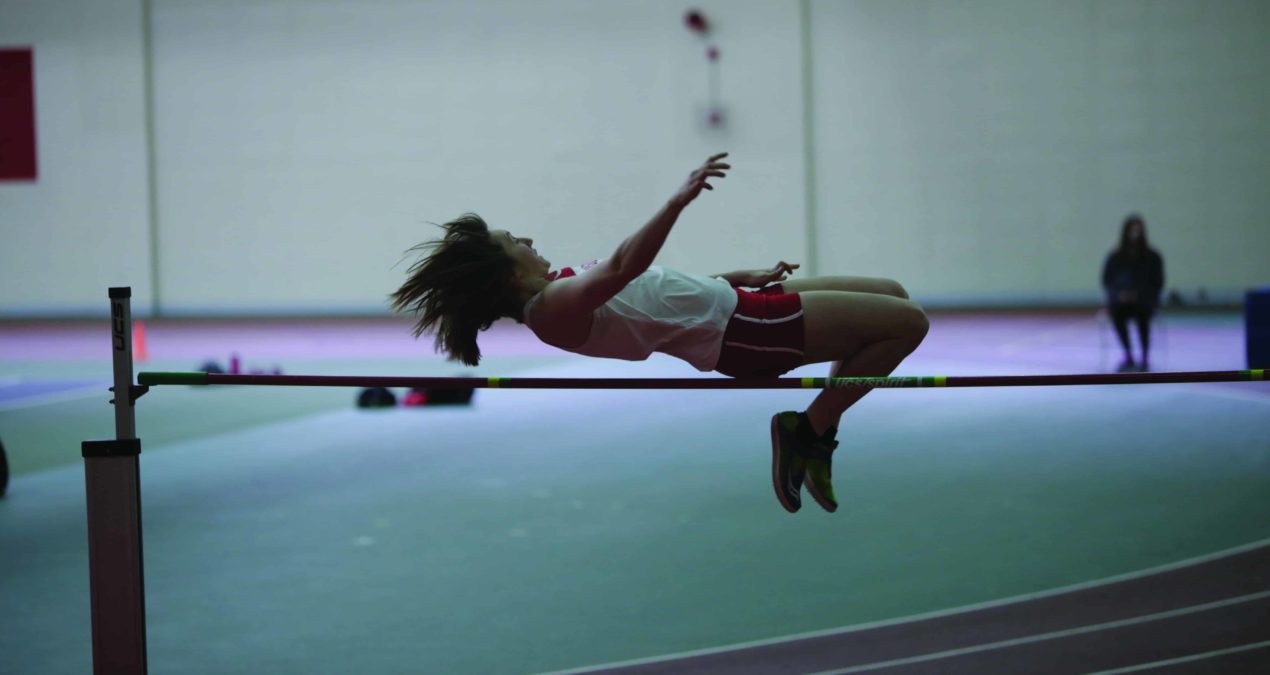 For the Big Red women’s track and field team, every meet is a crucial opportunity as the conference championships creep closer.

Aedin Brennan ’16, who has had a season full of record-breaking performances for the Big Red, was fresh off of an NCAC Field Athlete of the Week award after an impressive individual performance at the All-Ohio Championship, where she broke her own triple jump record of 37’1”, with a combined leap of 37’11.25”. The junior improved upon that mark with a huge jump of 38’2.25” at the Ohio State Tune-Up on Friday evening.

“I had a big [personal record] in the triple jump and I also had pretty good results in the pentathlon at All Ohio,” Brennan said. “I was very pleased with the meet and it was nice to know that others thought I performed well.”

The Big Red women gathered 77 points as a team, along with five victories at the Kenyon Classic. Abbi Boss ’15, Brennan and Hannah Hall ‘18 were Denison’s three individual winners on Saturday.

Boss led a trio of Big Red athletes in the 3,000-meter with a personal-best time of 10:38.89. Following Boss in the event was Kate Benson ‘16, who finished third, and Macey Thornburg ’16, who placed seventh.

Both teams will have one more chance to qualify for the NCAC Indoor Championships at the Denison Last Chance Meet, which will take place on Feb. 27 at the Mitchell Fieldhouse.