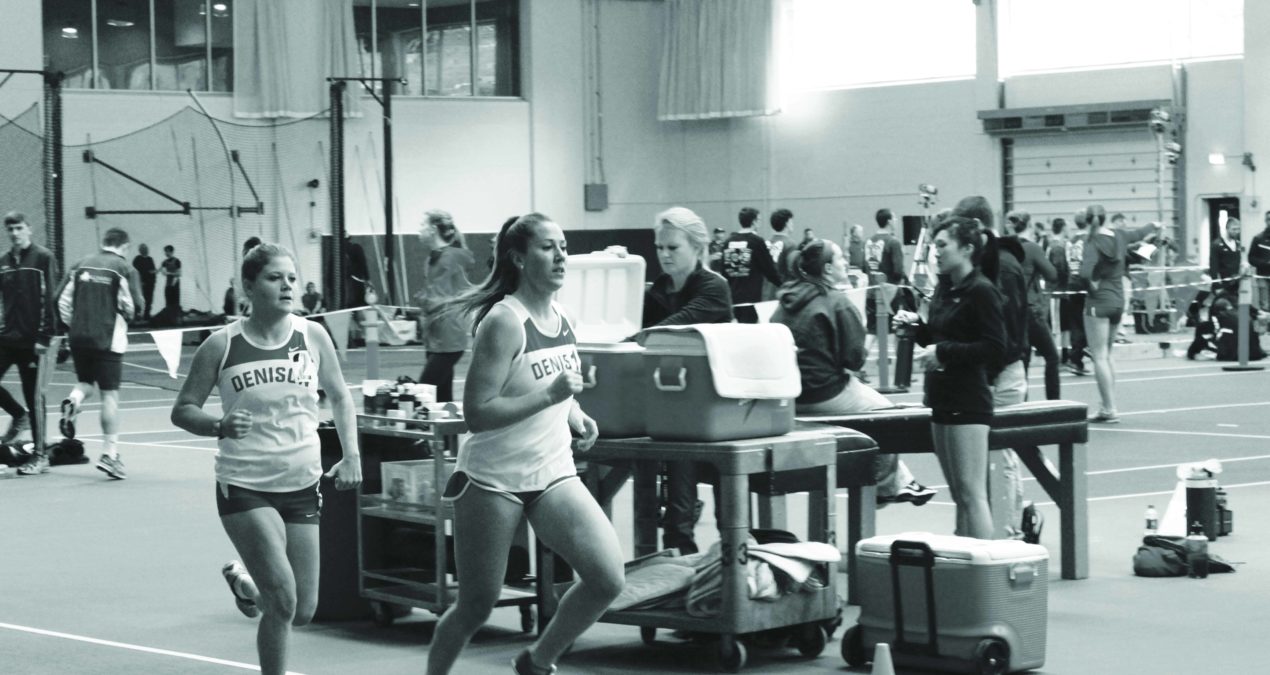 As Abbi Boss ‘15 hurtled around the corner of the track and toward the tape marking the end of the 5000-meter run at the Fighting Scots Invitational, she was alone at the front of the pack.

The distance runner from East Aurora, N.Y. finished 20 seconds ahead of the second place runner and provided one of Denison’s three event wins on Saturday at Wooster’s annual meet.

Despite strong showings from the jumpers and distance runners, the Big Red sunk to fourth overall in the competition behind NCAC rivals Oberlin (139), Wooster (131) and Wittenberg (97).  Their 77 point score was only enough to outperform the Ladies of Kenyon, who ended with 45 points.

Boss was optimistic about the squad’s future and eager to see improvement.

“It was really great to watch everyone go out there and be competitive, but I think that is something that we can constantly improve on,” Boss said.  “We have a very competitive conference so we need to be ready mentally and physically to compete with the best during the championship.”

Boss was also keen to commend her Big Red teammates for their work up to this point.

“[The meet] was encouraging because it showed us that we are at a good starting point, but we have a lot of room to improve and a lot of work to do to get us where we want to be for both the indoor and outdoor conference championships,” she said.

“This weekend gave us an idea of what we are capable of doing but even better, showed us the areas in which we need to improve in order to meet our team goals by the end of the season.”

Of DU’s many strong showings this weekend, none was better than Brennan’s, who, along with her victories in the long jump and triple jump, managed to score in three other events.

The Fairport, N.Y. native won points for her efforts in the high jump, 60-meter hurdles and as the lead leg of the 4×400 relay team.

In addition, the Big Red gained points on the backs of Anne Lee ‘17 in the triple jump, Hannah Hall ‘18 in the high jump and Phoebe Osterhout ‘18 in the mile as well as the 4×400 relay.

The squad will try to improve on their performance this weekend when they host the Bob Shannon Invitational.