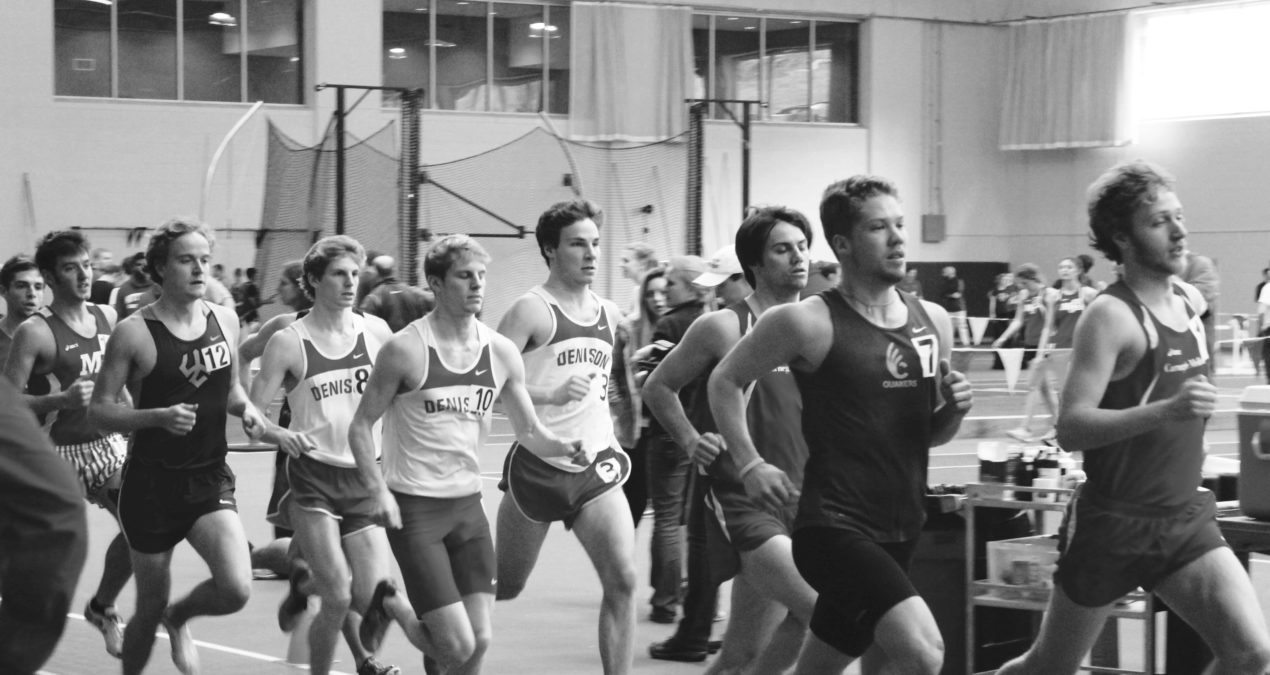 After their eighth place finish at the annual Denison Lid-Lifter event, the Denison Big Red men’s track and field team was looking to improve in their second scored event of the season, the Fighting Scot Invitational at Wooster. The Big Red came in with an idea of what to expect, after placing third in this event last year.

Wallace Branche ‘16 was among the top performers at Wooster this weekend by repeating last year’s first place performance in the triple jump with a jump of 44’4.75”. He credits his win to the quick track at Wooster.

“The track at Wooster is really fast, everyone that’s ran on it says its really bouncy and soft, and that allows you to put up really good times,” Branche said. This extra speed does not come without a caveat:

“You can mess up your steps on the bungy track;  I ended up scratching a lot of my jumps.” Even with some of the standout performances, the team was somewhat disappointed with their results this weekend.

Sam Beech ‘16 and Jake Dennie ‘17 ran the 5000-meter event and placed second and fourth, respectively. While these scores were good in the standings, Dennie felt he could have done better.

“Our strategy was to go out at 5 minutes per mile try to hold on to that, and that ended up not working the way we wanted it to,” he said. He blames his physical standing as to why he did not race up to his full potential.

“The entire distance team started rigorous lifting regimen Thursday, and we were feeling it on Saturday. My legs were really sore and my performance suffered,” Dennie said.

One person who was not sore was Andy Shaw ‘15, the team’s top shot putter, who placed third with a toss of 42’3.50”.  He says that his workout regimen has really helped his throwing.

“I’ve been working out my legs a lot by doing box jumps, and it’s really helped my throws,” Shaw said. “At the end of the day I think throwing is about getting as big as possible.” Other top performers included Mitch Keller ’16 who placed in the 800-meter run with a time of 2:01.46

Unfortunately, Denison wasn’t able to top its finish from last year, although they still managed to place fourth with 71 points.

The team will return to action next weekend to host the Bob Shannon Invitational at the Mitchell Fieldhouse. The meet is scheduled to begin at 12 p.m. on Feb 7.