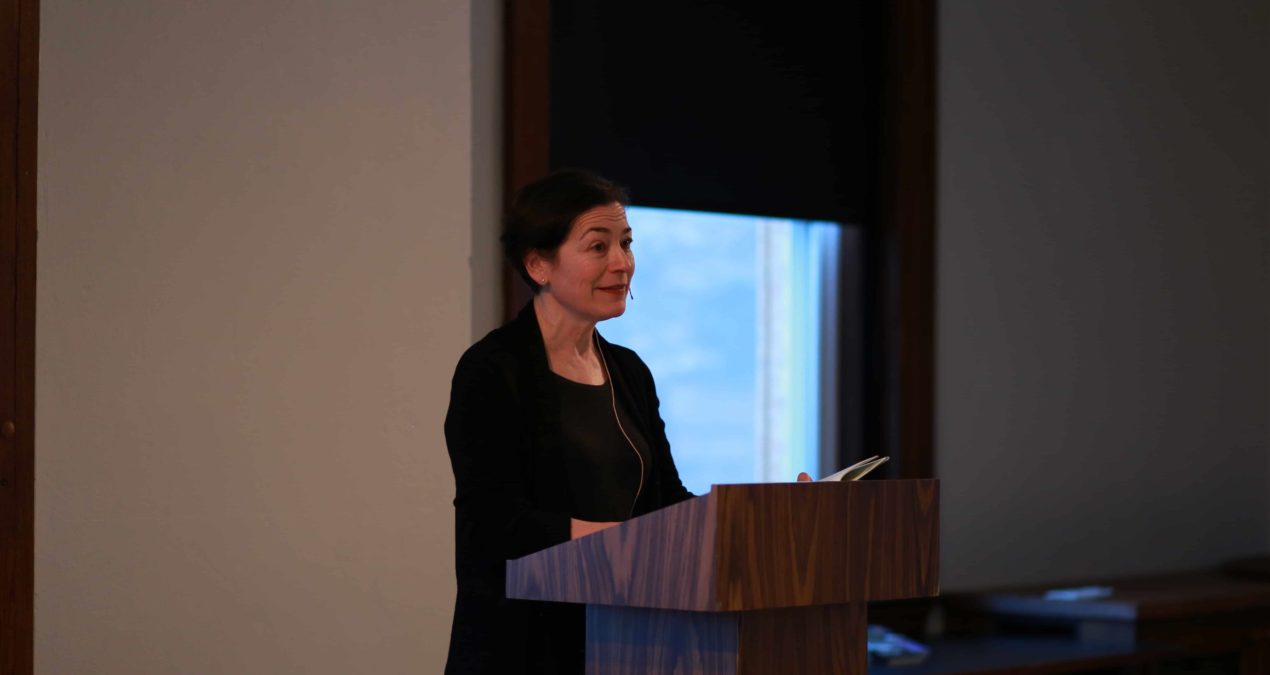 Dinah Lenney, visited Denison last Tuesday in the Barney Davis Board Room to do a reading and discuss her thoughts on writing, acting and life.

She is the author of The Object Parade, long time actress on the NBC show, ER and mother and wife.

Originally from the East coast, Lenney now resides in Los Angeles with her family, where she teaches in the Professional Writing Program at USC.

Her book consists of 32 essays about various events that have helped her tell a story.

“Each essay is attached to an object and that object penetrates a relationship, or reminds me of a time in my life,” she said. Lenney began her reading with the first essay in her book titled, “Carpet Bag.”

One student in the audience asked her about character acting, to which Lenney replied, “In life, you don’t maintain your character, you build it. It’s the same in acting.”

She later responded to a writing question, saying that she is “grateful for writing for helping me figure out how I feel.”

It was starting to become clear that Lenney was getting tired of the divide between writing and acting. So, she began grouping them together using the word, “artist” to describe her career.

“Making the moment, filling it up is an instinct of all artists-writing and acting,” Lenney said.

Lenney wrapped up her discussion with a statement about entering the real world. “The biggest shock of the professional world-that people don’t think you’re fabulous.”

And as college students, we appreciate her honesty.