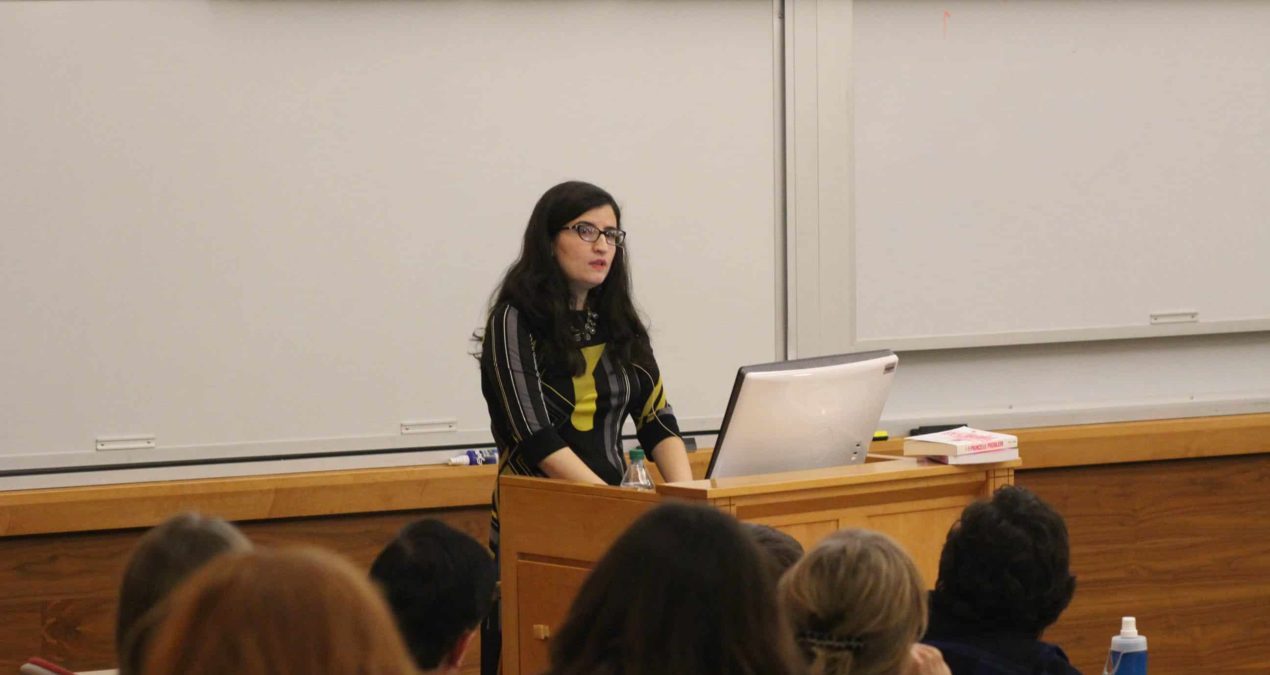 Rebecca Hains, Professor of Advertising and Media studies at Salem State University and advocate for the improvement of girls’ empowerment media, addressed the students of Denison University last Thursday as the last speaker for the Laura C. Harris Symposium.

Hains has written several books on the effect media has on girls. Her most recent book and subject of her lecture, The Princess Problem: Guiding Our Girls Through the Princess-Obsessed Years, was released in September and has so far been met with positive reviews from both academics and parents.

Hains’ lecture mapped the effect that media and consumer culture has had on children. From the Spice Girls and “girl power” to Frozen and new-wave Disney princesses, Hains offered many insights and tools on raising and empowering media literate children.

“So many people in the audience reacted strongly when she talked about the problems with Disney princesses as role models,” Hannah Goldman ‘17 said. “ These characters have been a large part of many of our childhoods, so it can be hard to realize how problematic they can be.”

Products of children’s media in the  1990s, Denison students are in the first generation of children who were raised with “girl power.” Because of this and the multimedia incorporated into the lecture, Hains’ visit inspired nostalgia in many of students in attendance.

After showing a clip from the Spice Girl music video for “Wannabe,” Hains commented, “What does ‘I really wanna zigaziga’ even mean? I don’t think means that they want to dismantle the patriarchy.”

Hains used the media that the students in the room grew up with to draw powerful connections, such as the link between consumerism and body image.

“The talk gave those of us raised in the 90s a new perspective on the ‘girl power’ doctrine we were subjected to,” Elizabeth VanNess ’17 said. “It reminded us once again that capitalism can’t raise children.”

Hains’ talk was obviously carefully constructed, rehearsed and scripted. Although this kept the lecture on track, it was Hains’ major drawback.

Although the formulaic nature of the talk took away from her overall message, Hains’ lecture style was more formal than some of the other Laura C. Harris Symposium speakers this year such as Randa Jarrar, author of A Map of Home, or James Marsh, a constitutional lawyer.

Overall, Hains’ lecture was polished, academic and proved to be a positive note to end this year’s Laura C. Harris lecture series.