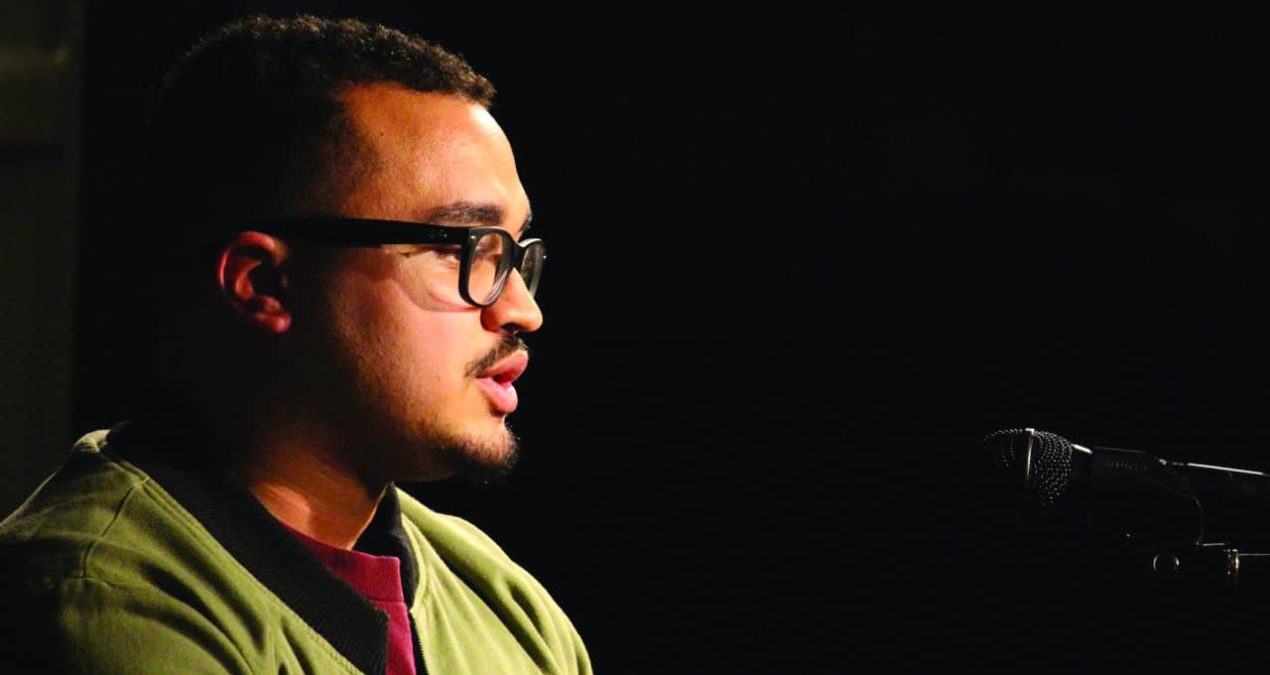 It was a night of pure and brutal honesty at the Bandersnatch with the kickoff of the first Story Slam event last Thursday, March 26.

Mac Sellars ‘16 from Mequon, Wis. and Haley Jones ‘17 from Portland, Ore. planned and hosted the event, funded by the Center for Student Development.

What may have seemed like an ordinary group of people was actually a heartfelt cluster of individuals who came in confidence to share their personal stories.  However, this was more than just a story-telling competition.

With a similar premise to that of the popular blog, Humans of New York, created by Brandon Stanton, the Story Slam provided students with the unique opportunity to share about ten minutes of their life to a room full of their peers.

There will be two additional events in this series.The second is on Apr. 15 and the third on May 6. This week’s theme was “Something People Don’t Know About Me.”

“I hope that Story Slam provides a space for students to share intimate aspects of who they are with their peers,” Jones said. “As a result, I hope that students are able to feel intrinsically a part of our community by either contributing as a Story Slammer or audience member.”

The Slam began with a few opening remarks by Sellars, who described his intentions of creating the group. He said, “We wanted to get together and share in an honest, authentic and vulnerable way that would create a ground of commonality amongst such a segregated culture.”

After finishing his remarks, a series of prepared pieces was presented, followed by an open mic performance by students who volunteered.  The stories covered a vast amount of topics ranging from gut-wrenching stories of love and loss to poetry that evoked instances of laughter.

Travis Howard ‘18 from Los Angeles, Calif.  commented on how the experience enabled him to emerge from his shell and show people who he really was. “Coming back from winter break, I realized this was something my roommate didn’t know about me,” Howard said. “I figured, okay, I should probably share this with some people.”

There is something to be said about publicly vocalizing your personal thoughts, beliefs and morals to a roomful of strangers.
Some merely prefer to keep the stories that define their motives and actions hidden under a powerless blanket of fear.
Story Slam encourages people to rip that fear away.

Projecting stories to an audience allows people to hone their identities and express themselves more powerfully as the performers at the Bandersnatch so accomplished.

With this new event idea, the Story Slam can hopefully become a respected tradition on campus.

Jones is just as optimistic. “I want this event to become an integral part of the Denison experience,” she said, “and a place where we build and maintain our community.”