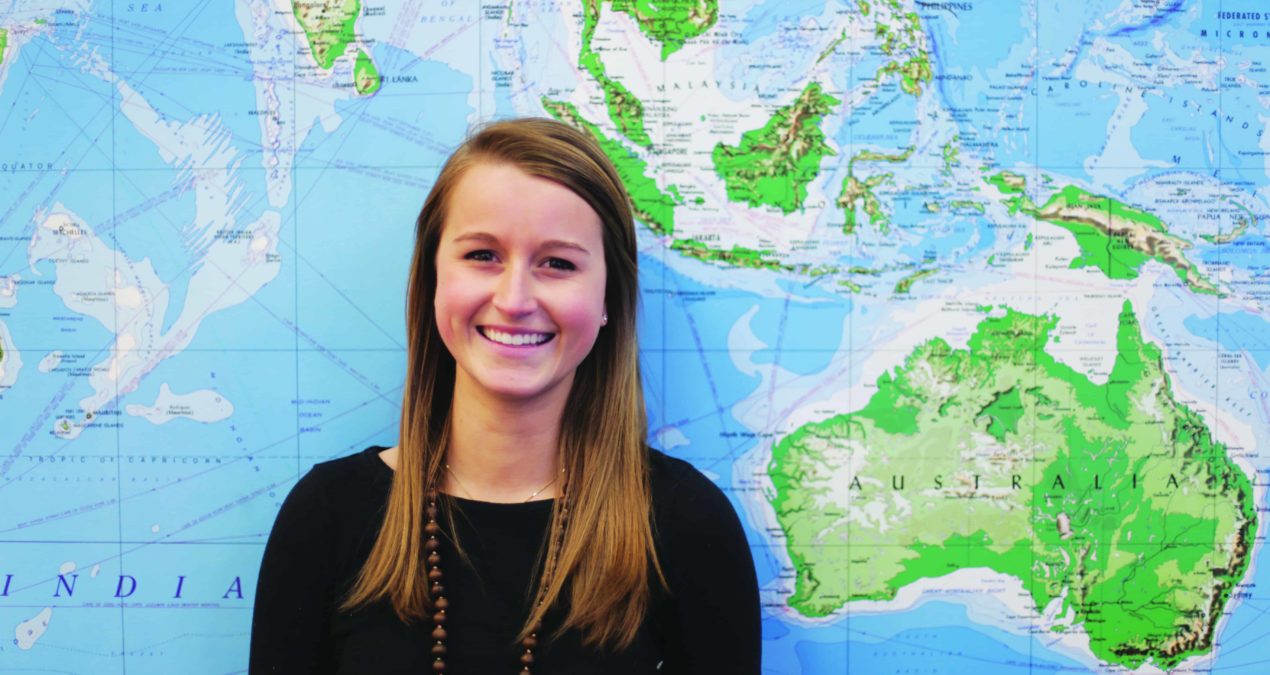 Sophie Lovett climbed out of her Shorney bed at five in the morning — she had to catch a plane. This week, Lovett, a Charlotte, North Carolina native, will be studying at the Marine Resource Population Dynamics workshop sponsored by the University of Florida. She will be the only freshman to participate in a program that traditionally barred underclassmen. Her peers will be seniors from colleges like Harvard and Dartmouth.

While her coursework in computer science and linear algebra has prepared her to do the work required by the program, Lovett said that other students at other colleges have been able to specialize, “where they actually major in marine biology or population dynamics.”

She noted that the older students have more expertise in the specific subject area, and they have had more time to build interest and knowledge,” says Lovett, who is double majoring in environmental studies and math.

Lovett’s former enviornmental studeies professor Justine Law says that she is not surpirsed at all by Lovett’s acceptance to the program. “Sophie is a mature, bright student,” Law said. “She regularly added nuanced and thoughtful comments to our class conversations. She’s also passionate about fisheries; after we read a couple of articles on fisheries management in class, she asked me for more information on the subject.”

A combination of the right coursework and an early interest in fish populations made Lovett a competitive applicant, regardless of class year. “I read anything I could get my hands on,” Lovett said. In our interview, Lovett spoke at length about her passion and knowledge on the subject: “Fish populations are dying out,” she said, “we’re over fishing, and commercial fisheries are going out and sweeping up a ton of fish.”

Lovett says this irresponsible activity leads to uprooted ecosystems. “It’s very hard to recreate that.” Outside of academics, Lovett is a member of the cross country and track and field teams, a sister of Pi Beta Phi and she works in the Annual Fund office, which raises money for Denison year-round.

But her acceptance to the population dynamics workshop is one of the brightest highlights of her first year at Denison. “For me to be accepted to this program… I’m going to be with very top, very smart, learned students, yet my studies here at Denison and my passion for the subject has put me in that category even though I haven’t done as much and not as old.”