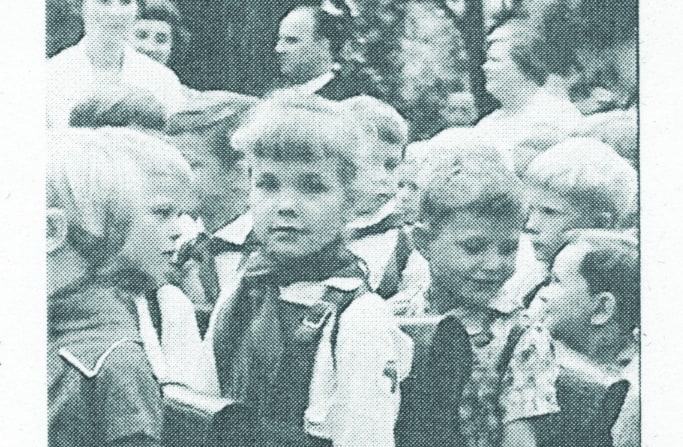 The young woman leapt off the streetcar and scanned the edges of her periphery in one fell swoop for any hangers-on, just as her brother had taught her. After ensuring the coast was clear, she meandered for several hours with seeming abandon past the concrete edifices of East Berlin, going to great lengths to lose any Stasi tails. Swaddled around her neck was a scarf only made noteworthy by its banality – a signal subtle enough that, four decades on, she still cannot remember its color. At last, as the sun waned over the workers’ paradise, she came across that most improbable of lifeboats: the Fiat hatchback with the nameless Portuguese woman at its wheel. Taking refuge in a courtyard not altogether shielded from possible prying eyes, she vaulted into the trunk and felt the ground beneath lull as it ushered her westward.  How jolting, then, when she felt the straightaway change to a jarring zigzag, as the Fiat wove its way past the barriers of Checkpoint Charlie. Without the Germany vs. Mexico football match holding hostage the attention of the border guards, she could have expected a more thoroughgoing search.  Instead, their distraction was her liberation.

This vignette could have been ripped straight from the Cold War thrillers of le Carré or Clancy. Yet it’s a story that belongs to Granville’s own Birgit Liebl, who fled her native East Germany, traversed the Iron Curtain and discovered a colorful society on the other side that, to her shock, “could just say what they wanted.” In the process, however, she noticed contrasts and contradictions in the country she had grown up calling home.

Birgit was born in 1954 in Babelsberg, a suburb of Berlin laying within East Germany that had once borne witness to the sequin-studded Pre-War German film industry of Marlene Dietrich and Metropolis. Her father, a soldier in Rommel’s Afrika Korps, had exchanged letters with her mother, a kindergarten teacher from what was to become West Germany. After the war, they settled down in Babelsberg, but their wedded bliss was to be on borrowed time – Birgit’s father died when she was eight, leaving behind a wife and five children.

Thus, this was the inopportune lens through which the family would view an East Germany becoming increasingly ossified from the outside world. When the Berlin Wall was erected in 1961, Brigit remembers it as completely unexpected: “It was beyond imagination to cut this city of millions in half.” Nor, for that matter, was her mother a stalwart of the regime that built it. More than anything, she hated the pervasive culture of us-against-them; as a West German herself, she knew they were not the insidious stooges of NATO portrayed in the state media. As someone who could “see through” the veneer the Party had painted, she therefore indulged those tiny acts of dissent Vaclav Havel once dubbed “the power of the powerless”: mocking the squeaky falsetto of the party leader, hawking on the black market the packages sent by her relatives in her widowhood, and humoring her son’s love of illicit Mickey Mouse comics smuggled by a favorite aunt from West Berlin. She lived, as she told her daughter, ‘with one foot in prison.”

It cannot be said that this was not a society without its little ironies. One of Birgit’s more resonant memories was of never having felt poor – a surprising reaction, given her family’s loss of one half of its income source. Indeed, if anything, this speaks to the lack of inroads made by consumerism; you cannot quite be jealous of the Joneses if they have the same choices at their disposal as you.

To call East Germany an ideological monolith would be a further mistake; while there were of course true believers (including a neighbor who, post-’89, admitted that the Stasi had asked him to give Birgit’s education a passing reference), there were also silent loathers who “simply went along to get along.”

Yet every mention of loathing is never far from that other word: fear. The reason Birgit’s mother never strayed from Havel’s bite-sized acts of rebellion was, with a brood of children looking to her as their sole guardian, if she ventured out on too far a limb and found herself imprisoned, then her progeny would have been scattered to the winds, perhaps to be indoctrinated in a system with which she fundamentally disagreed. Any mother who has to worry about such things can be said to be well acquainted with fear.

Eventually, Birgit want on to university in Dresden, where her preferred subject of horticulture was tossed aside in favor the study of food technology for which she did not care but the state certainly did – “almost like a continuation of grade school; in communism, they were only interested in the work people could do.”

However, during the course of her time there, the family began to move from compliance to action. First her remarried mother was allowed into the West with her youngest daughter on a legal technicality; when she later found that she could not return as promised, the impetus to flight dawned with even greater force on her four remaining children.

The decision was made all the easier when, after having disclosed their intent to migrate through the proper state channels, within a matter of weeks Birgit found herself removed from the university registrar and two of her siblings from their jobs – a bitter irony of expedience from the same government that took ten years to make delivery of a Trabant car. Thus, when her elder brother made his escape and promised to set in motion the same means for his sister, she need not have waited long before picking up the telephone receiver and hearing the three curt words on the other end: “Be there tomorrow…”