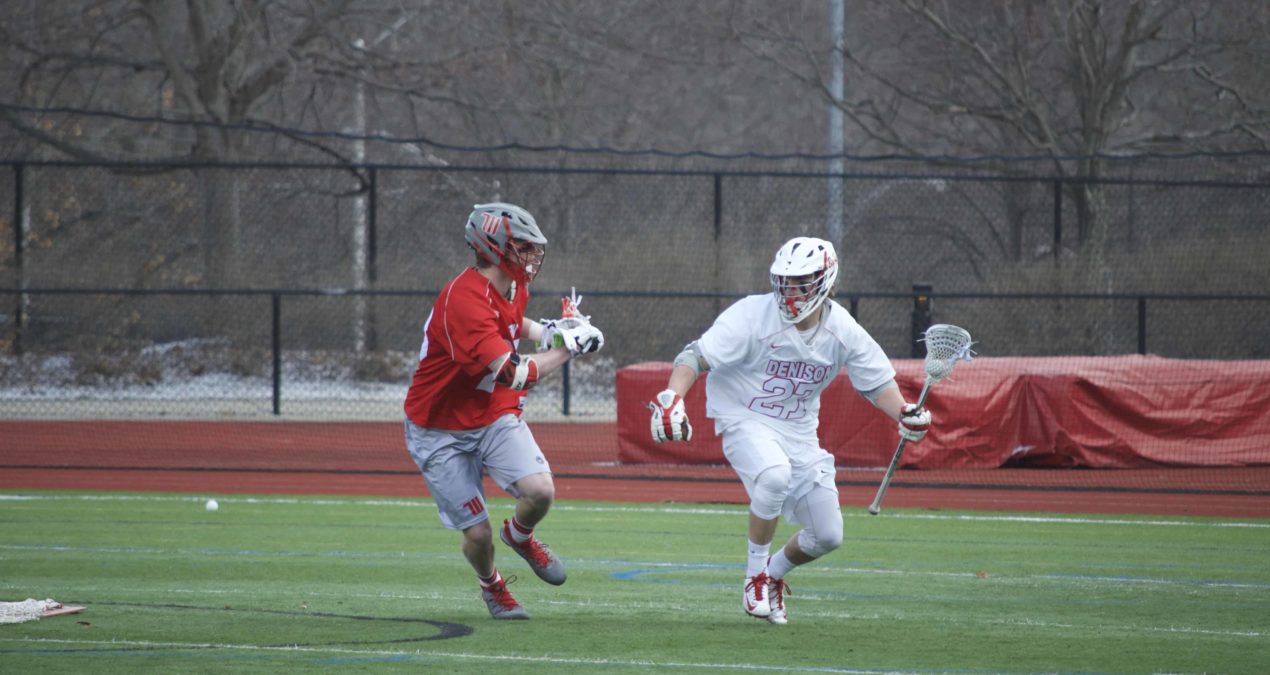 If you thrive on suspense, the Denison men’s lacrosse team is a go-to for your next fix. The Big Red has had fans on the edge of their seats nearly all season, and their 13-6 win over Wittenberg this past Saturday proved just that.

While Denison posted an easy 18-3 three against the Tigers just last year, Wittenberg struck back this season with nearly 60 minutes of high-intensity play.

Players like Clark Bullington ‘16 attribute the game’s dramatics not to any ongoing mistakes or overconfidence, but rather to Wittenberg’s true strength.

Bullington said, “We knew Wittenberg was going to be a good team and we would have to wear them down as the game went on,” confirming that the NCAC possesses multi-faceted strength throughout the conference.

After the first quarter, Denison trailed Wittenberg 3-1, and through the first half the Tigers held the Big Red to a 5-4 lead. Thanks to some minor adjustments, however, Denison made a full comeback within the second half.

“We really just cleaned up our play.” defenseman Ben Hearn ‘15 said.  “We had stickwork mishaps in our clearing attempts, which made it tough for our offense to get into any sort of rhythm early on.

“On the defensive end, ground ball play and stickwork in our clearing attempts improved as the game went on.”

As Hearn suggested, the Big Red’s rhythm kept Wittenberg to a mere two goals in the second half with the help of Bullington’s excellent save percentage at 62.5 percent.

Hearn also attributed the second half dominance to a blast of energy catalyzed by the Big Red’s sideline, commenting that, “freshman [‘18] players Chris Drake, Nicholas Cargas and Bobby Snacks played an integral role in getting our sideline energy up.”

Denison’s second half rhythm was obvious on the offensive end as well. Once down 4-2 in the second quarter, the Big Red was able to bounce back with a 6-0 run to make the third quarter score 8-4.

By the end of the third quarter Blair Farinholt ‘16 boasted the first of his two hat-tricks on the day. Farinholt paced the Big Red with six goals while Liam Rooney ‘17 found the back of the net three times as well.

The Big Red will face Hiram on the Terrier’s turf this Friday, so pass on that movie ticket to see a thriller and head to Hiram instead.

Sports Feature: Kevin Cheng ‘22, stepping up as a junior