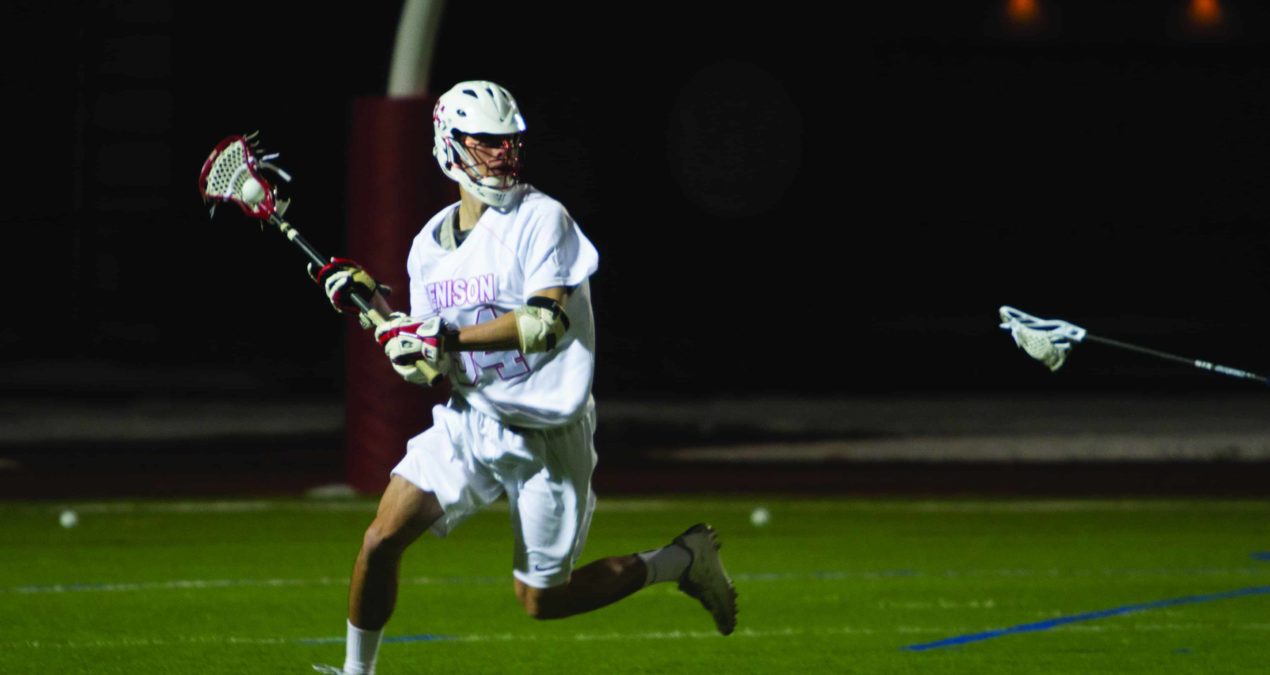 Despite the brutally cold and disheartening winter, the upcoming spring Lacrosse season offers to be as exciting and breathtaking as the last. Coming off of a record-setting 19-1 season in 2014, the preseason ninth ranked and North Coast Athletic Conference favorites are expected to yet again have a tremendous season.

Sadly, the Big Red started the season off with two major road tests against the 15th ranked Washington and Lee Generals and the 17th ranked Roanoke Maroons, losing both in close fashion.

Because of weather complications, the Big Red squared off against Washington and Lee at a neutral sight, the Rissell-Schreyer Dome, on the campus of Thiel College in Greenville, Pa. Right from the opening faceoff, the Generals, led by attackman Cam Lewis helped orchestrate a 4-0 lead against the Big Red at the end of the first quarter. The importance of starting the game out fast is a point of emphasis for midfielder Jamie McCahan, explaining why it is so difficult to come back from an early deficit.

“Lacrosse is a streaky game based a lot around momentum,” said McCahan. It’s tough to crawl back into a game when they start out fast and we’re struggling to find our rhythm.”

The Big Red hung around, and with thirteen minutes left in the contest and down 8-5, a comeback looked possible. However, the General offensive attack proved to be too powerful, rattling off three more goals to seal an 11-5 victory over the Big Red.

Following the game against Washington and Lee, Denison had to move forward from the loss and take the field against another nationally ranked opponent in the Maroons of Roanoke College. Once again, the Big Red got off to a slow start trailing 4-0 before midfielder Blair Farinholt’s ‘16 goal halted the Maroon attack with 1:02 remaining in the first quarter.

Both teams demonstrated their explosive offensive capabilities throughout the afternoon, but ultimately Denison could not get the stops they needed down the stretch, resulting in a 13-11 defeat.

Through the first two games the Big Red defense has struggled to get stops, something the team is determined to change, “We just need to get used to playing together and being out on the field. We have guys like Matt Neeson (‘15), Clint Barber (‘15), Ben Hearn (‘15), and Max Burge (‘15) who are all very experienced players and know what it takes to get this years’ defense back in the form that we need it to be in order to have the success we want to have”, said All American and team captain Drew Newman ’15. The road does not get any easier for the Big Red, and in order to get their season back on track they need to show their dominance they displayed last season against other NCAC teams.

“Conference play is our focus going forward. It’s very important to go out and get a win to keep us moving in the right direction. A NCAC win will help us not dwell on the first two games,” said Denison goalie Clark Bullington ’16. As the Big Red look forward to begin conference play this Monday against DePauw University in Greencastle, Indiana, they hope a victory can turn things around find themselves in top form once again.