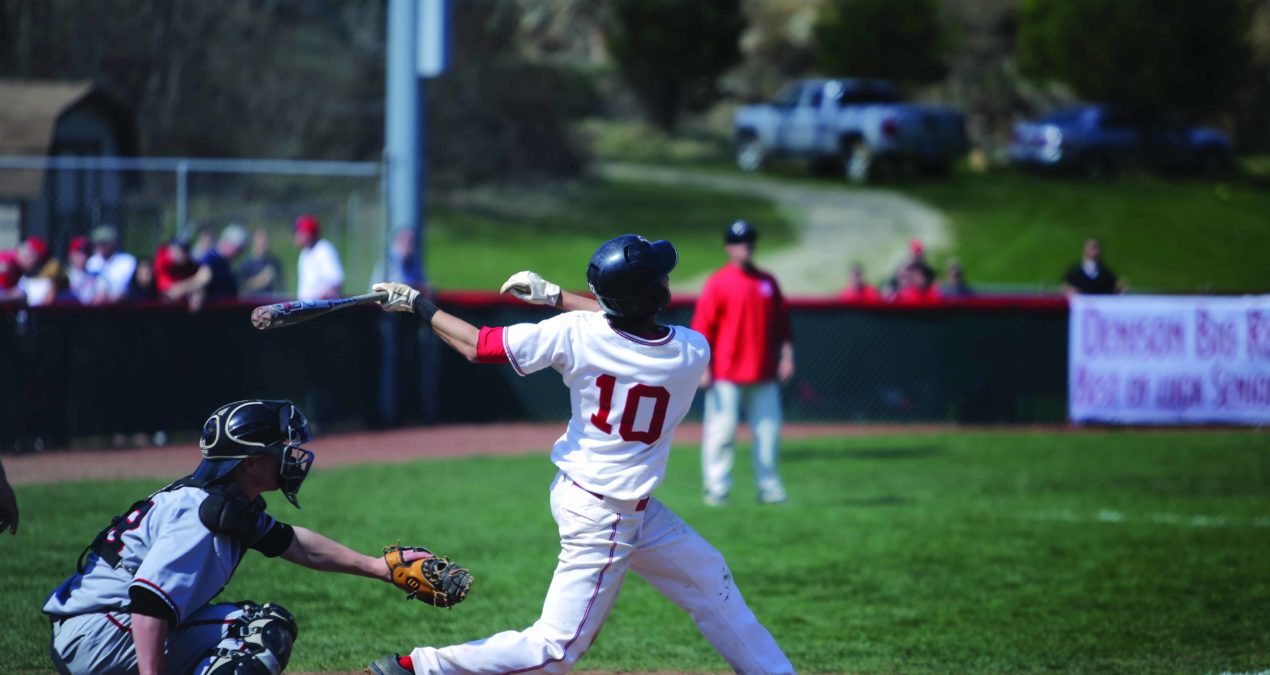 Even after every bat in the Big Red lineup caught fire against Hiram to send DU to their second-straight NCAC tournament, Connor Murphy ‘14 and his biting breaking ball silenced the Allegheny Gator lineup for seven innings to secure the team’s position in the winners’ bracket, and Charlie Apfelbach ‘15 powered a towering shot over the VA Memorial’s left-field fence, the Big Red were thrust from the tournament after a pair of disappointing losses to Wooster and DePauw.

The season’s efforts earned DU’s Mike Deegan NCAC Coach of the Year laurels, Murphy and Ryan Mulligan ‘15 All-NCAC first team honors and the squad an enormous chip on their collective shoulder heading into this season.

For now, the young DU squad stares down a 37-game-two-month barrel.  The only thing left to do is throw the first pitch.  Welcome back Big Red baseball.