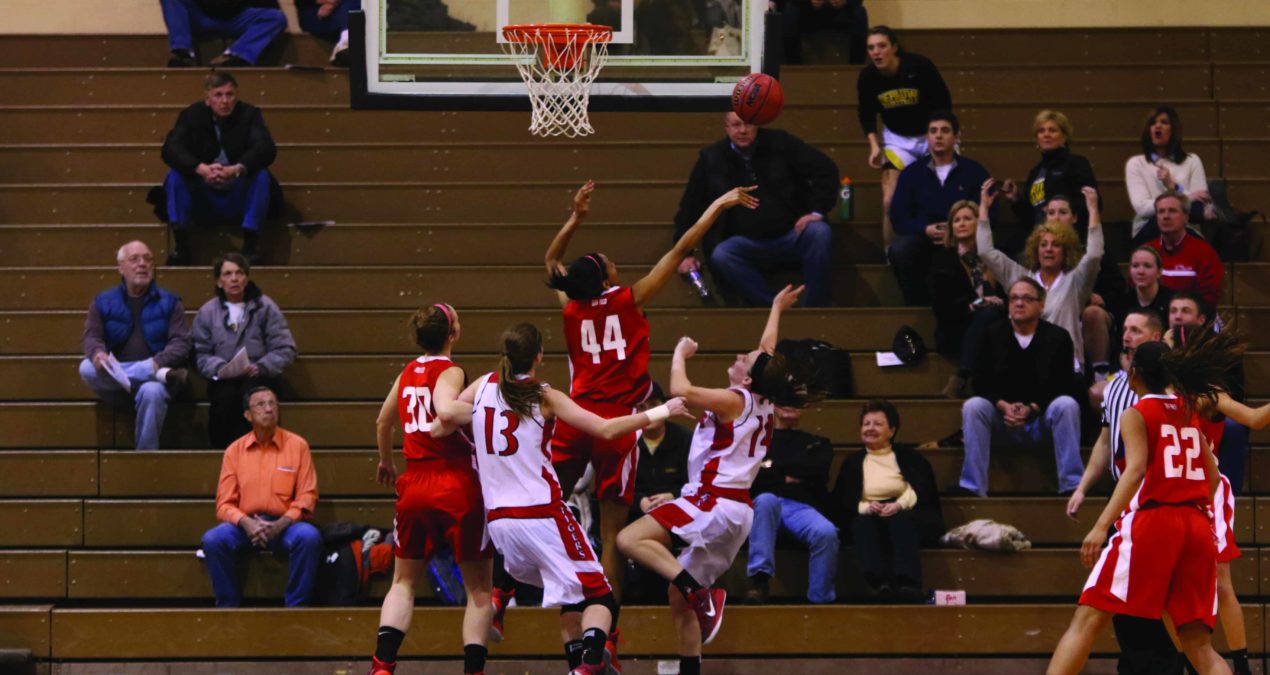 Despite a higher shooting percentage from the field and beyond the arc, the Big Red’s season ended at the hands of Wittenberg in the NCAC tournament semifinals.

The way these two teams battled, with 15 lead changes throughout the game, the game was almost destined to go to overtime from the start. After the 14th tie occurred with 2.6 seconds left to go, the whole stadium held their breath as Gabrielle Nottage ‘17 lobbed up a shot from half court. Sadly, the ball bounced off the backboard and the Big Red went into overtime thinking about how close the win had been in their grasp. They struggled for another five minutes to keep their season alive.

“Going into overtime we knew that we still had to battle if we were going to pull out a win,” Jordan Holmes ’17 said .

Holmes scored 21 points and grabbed 13 rebounds, but even with the double-double and a team-high 45 minutes on the floor, the effort was not enough to take the Big Red Women to the finals.

Wittenberg capitalized off of 27 turnovers, converting it into 26 points. Down the stretch, the Big Red’s inability to control the ball forced them to foul to stop automatic points from the Tiger’s steals. The foul trouble the Big Red faced late in the game meant they would have to depend on their bench to win the game for them.

Holmes thought the entire team fought for each other. “Collectively it was a team effort from the starters to the bench,” Holmes said. “We were all willing to lay it on the line to pull out a victory for our seniors, but unfortunately we fell short.”

The seniors, Mary Margaret Habel ’15 and Alyx Ingram ’15, played a huge part for the women’s squad this season. Habel started every game for the team, averaging 25.6 mpg, 8.6 ppg and 4.6 rpg.

Ingram got minutes every game as well this season, averaging 13.3 mpg and 3.2 ppg. Despite these losses, the team is very young, and has higher hopes for next year. Four out of their five starters are returning, including Holmes, who is the NCAC record holder for number of blocks and rebounds in a season.

“This year not much was expected out of us, but we surpassed a lot of people’s expectations,” Holmes said. “The future looks very bright for us. The stronger we get both mentally and physically, the bigger threat we will be in the conference next year.