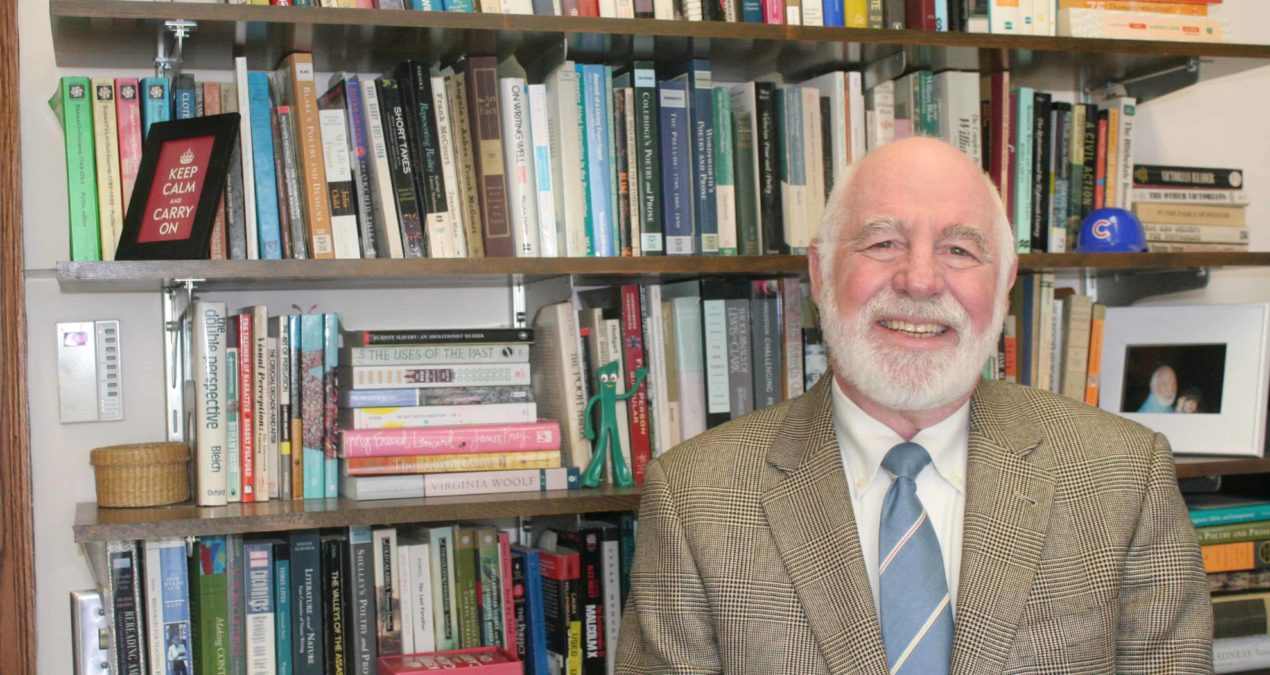 Professor retires after 36 years at Denison

Tucked away in his office overlooking Fellows Hall on the third floor of Barney-Davis, one could often find Dennis Read sitting in his office reading a book, working on his computer or preparing for his retirement this semester.

After 36 years of working as an English professor at Denison University and leaving his mark on the English department, specifically in the teaching of creative non-fiction literature and writing classes, Read will retire and move to Oregon with his wife of five years.

There, he plans to write and work on “projects that [he] no longer has any excuses not to be working on.” He picked Oregon as an ideal locale for his retirement because “Oregon has a milder climate than Ohio. It’s pleasant and comfortable in that respect,” he said. “The politics are good.”

Oregon was also ideal for Read because of the Oregon Shakespeare Festival, which is a festival of mostly Shakespearean plays, but has a great deal of other plays as well.

Notwithstanding the festival, Read explained that Oregon has “good book stores, good restaurants and good coffee shops” coupled with an ideal location for hiking.

However, first up on Read’s agenda as a retired professor is a trip to Goa, India at the end of September to witness the marriage of two of his former students, who are Denison alums.

But before Read reached the point of retirement and even came to Denison as a professor, Read graduated from The College at Brackport: The State University of New York. After receiving his bachelor’s degree, Read moved westward and received his PhD from the University of Wisconsin – Milwaukee.

This was because the University was “playing it conservatively because they were worried about student enrollments,” Read explained. He said, “Denison did not want to be in the position where they had more professors than they needed to teach students.”

However, when the University was sure that enrollment would not be an issue, Read was offered a more permanent position at Denison. Although he only expected to be at Denison for a few years before moving to another university, Read grew attached to the school and its students. He said that Denison is “the kind of place where you don’t realize how rich and important it is until you’ve been here for a while.”

While at Denison, Read worked as a freelance writer in Columbus while also revamping the English department. Read said that the English department did not previously focus on teaching creative non-fiction in terms of literature or actually writing it, which is something he sought to change.

After bringing several courses on creative non-fiction to the English department, like “The Literature of Travel,” Read said, “I feel like I’m introducing them to a kind of lit that they otherwise wouldn’t be very aware of.”

Read recently published a creative non-fiction book entitled R.H. Cromek, Engraver, Editor, and Entrepreneur in 2011. He said, “The book came out of a dozen essays that wrote over years. The first of those essays was published in the early ‘80s. Then worked and wrote them into the book so that they could be the basis for the chapters.”

Keeping up with his love for creative non-fiction, Read also served as a mentor to high school students who participated in the Reynolds Writing Workshop, a week-long workshop during the month of June intended to help high school students learn how to become better writers.

In reflecting on his time at Denison, Read said, “My attachment to Denison is particularly grounded in the students. Denison does a great job allowing students to grow up and change, and I love being part of that.”

He continued, “I didn’t think of academic life when I started out in 1979. I thought more in terms of the scholarship, like the heavy research and scholarship. I’ve come to value the very personal dimension of higher education and to realize how personal connection is such a big part of what education means.