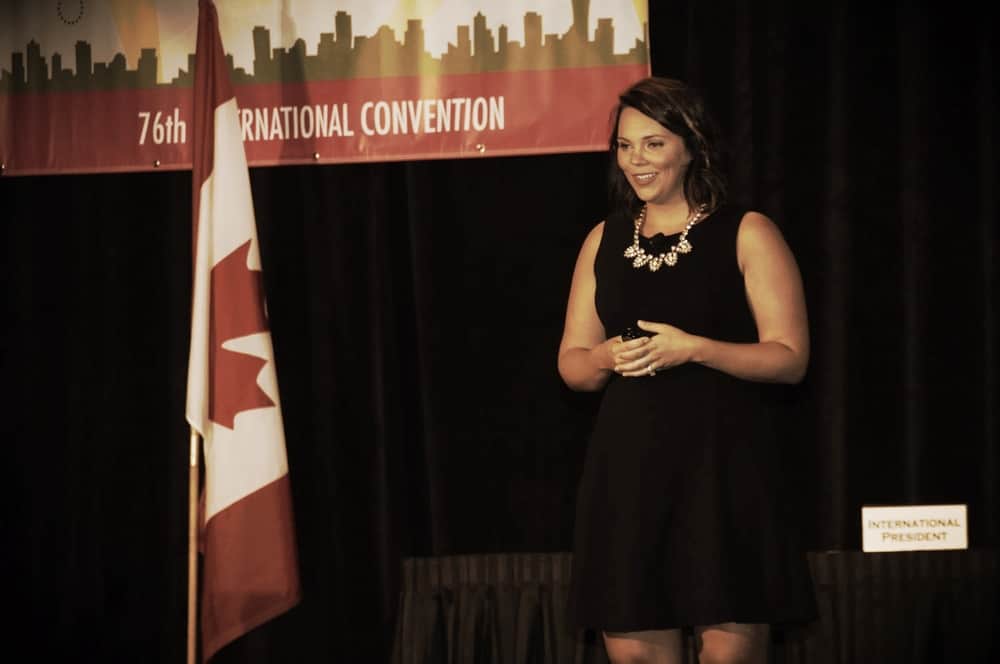 Denison’s fraternity and sorority life welcomed  speaker Stacy Nadeau to campus. A member of Tri Delta at DePaul University and a model for the Dove Campaign for Real Beauty, Nadeau spoke first hand about the negative stereotypes of fraternities and sororities and how to counteract.

Nadeau, who graduated from DePaul as a psychology major, has made a significant impact as a spokeswoman for healthy body image. She has appeared on the Today Show, CNN, Ellen, Dr. Phil, Tyra and Oprah, and also talks to college students.

The panel was interactive and discussion based. She began her panel by asking the students what stereotypes are associated with being in a sorority. Some of the responses included “ditzy, love to party, cliquey and vapid.”

Nadeau showed the audience clips from the movies “Sorority Row,” “Fraternity Orientation” and “Sorority Boys” and emphasized how these movies perpetuate these stereotypes. She relayed to the audience that it is the media and the movies that our generation has grown up watching, that ingrains the stereotypes of Greek life into people’s views.

This is not a dead end though – Nadeau suggested ways in which Greek life itself can take this into their own hands and actively change the way sororities and fraternities are viewed. She notes the most important fact is social media.

This current generation is very active on Facebook, Twitter, Instagram and Yik Yak. These websites are culprits for those with strong negative opinions to make posts and it becomes a vicious cycle where everyone feeds off of each other’s opinions.

“We are all our own sources of media,” Nadeau said. “You have your own responsibility to be positive.” She added that social media is not something you can change overnight, but you can change your presence on campus and the culture you choose to create.

Fraternities and sororities have the ability to make a positive impact on campus through philanthropy and involvement. Nadeau, being a member of a sorority herself, acknowledged this and encouraged the audience to emphasize these traits in order to de-emphasize the negative stereotypes.

The audience responded well to the panel. Sociology/ anthropology major Hollis Hunsberger ‘16 and a member of Tri Delta comments “I thought it was beneficial for the men and women of Greek life to speak about the issues that were raised such as how Greek life is exposed in the media and the stereotypes that often get paired with Greek life. It’s so important for us to show that most of the time these stereotypes aren’t what Greek life is actually like, especially not at Denison.”

If you have any more questions for Nadeau or want to learn more about her outlook and what she does, you can contact her by e-mail at Nadeau@CAMPUSPEAK.com or through her website www.Stacynadeau.com.