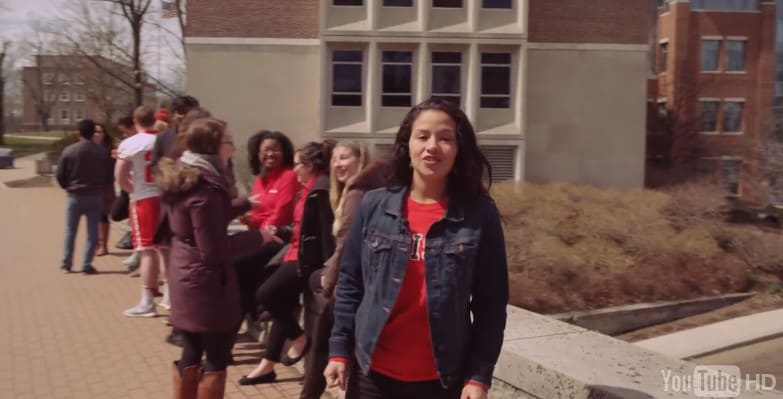 Denison published a promotional video last weekend about what it’s like to live at Denison.

Filmed in one long, continuous shot and featuring many campus groups, the video was impressive and well done.

What I want to talk about today is not the finished product but rather what went into putting the video together.

Specifically, I want to talk about one email that was sent out during the project’s planning stage.

In an effort to highlight Denison’s diversity, the producers of the video sent out an email asking international students to participate in the video.

“We are looking for about 10-15 international students to be there,” the email read, “Basically you’ll stand or sit as the cameraman will scan your faces as the narrator is saying something like, ‘Best of all, your roommates and classmates are not just like you. Denison is an exceptionally diverse college in all kinds of ways.”

Although the email was certainly not meant to objectify international students, it felt that way to a number of the students who received the message.

I am not an international student myself, but when the email was brought to my attention I was simultaneously outraged and saddened.

Why were international students being reduced to their faces?

Does the university believe that the outward appearances of these students the only way international students contribute to diversity on campus?

Who is this “you” mentioned in the email – is this video assuming that whiteness is the default?

By my count, that 10 second stretch features members of about four ethnic groups, two sports teams, one performance group, at least three other student organizations, a chicken and at least one international student.

The finished script included the statement that, “As student body we are urban, suburban. We are rural and international. We are gay and straight, conservative and liberal. We are jocks, Greeks, geeks, earthy, artsy, all smart, all individual.”

This was a much better way of addressing diversity.

Instead of focusing on students faces and the way they are outwardly diverse, let’s address the way what we have to offer to campus culture is diverse.

The video in its finished state showed students actively doing – talking, singing, playing banjo – rather than passively being viewed – sitting as the cameraman scans through diverse faces.

This is not to say, of course, that diversity on campus is not an important topic to discuss.

There are important conversations we need to have about representation and inclusivity on campus.

Picking tokens and placing them in a video, however, is not the way to do it. I do not know how the change was made or if the email was just poorly worded, but the finished product far exceeded the image I had in my head when I sat down to watch the video.

Last semester an international student told me that she was tired of feeling like she had the word “Asian” tattooed across her forehead.

If we are on a campus that prides itself on its diversity and inclusivity, we need to do better to make sure students don’t feel that way.

We all have room for improvement  but to see the university looking solely at the “Asian tattoo” is disheartening. At a perfectly inclusive college, it would not be anything to think about.

We could invite groups, and those groups would be diverse enough that there would be no need to invite specific people so that there is a “good mix.” We all need to think about diversity and the way we look at each other on campus.

Let’s look past faces and skin tone, and look instead at what we do. We are not passive faces – we are active people with agency, interests and dreams.