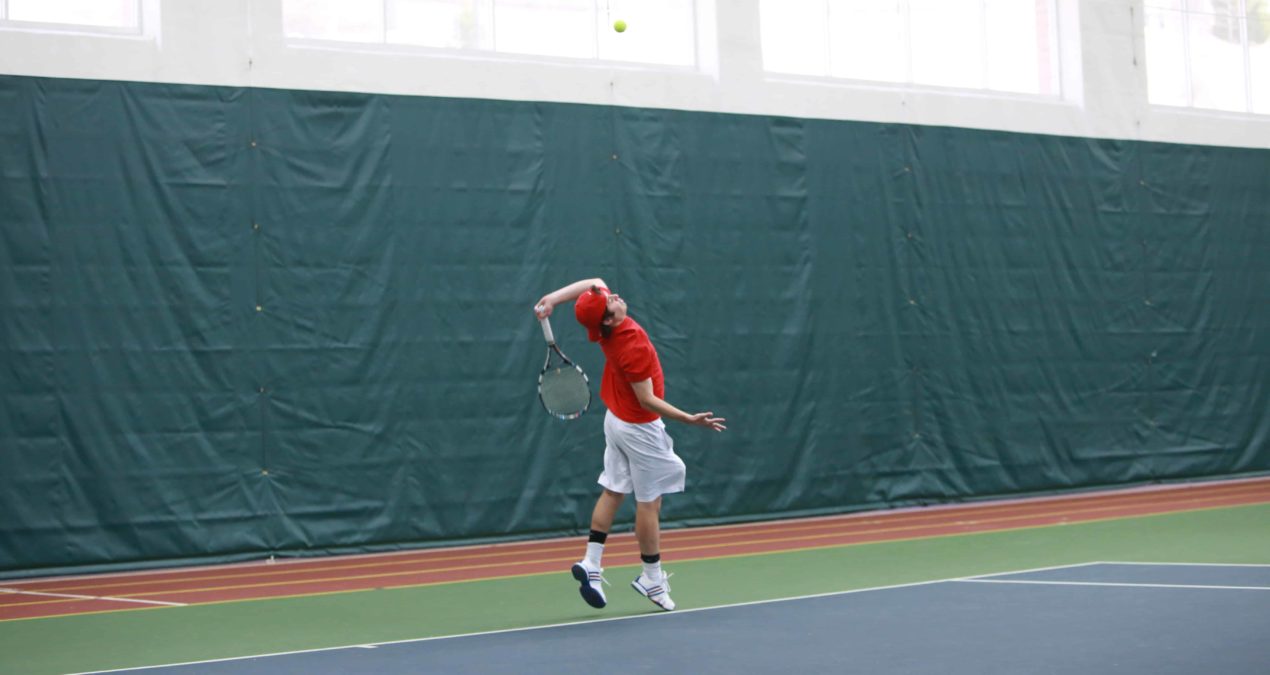 As the calendar turned from March to April, the No. 33 ranked Denison men’s tennis team continued its hot streak on the hardcourts.

Last week began with a second consecutive shutout at Wooster on March 30. The Fighting Scots failed to live up to their name as the Big Red won every single set during the interdivisional match. That win improved Denison to 6-7 on the season. “We were confident in our ability to take down Wooster,” Grant Veltman ‘15 said, “but I believe that we didn’t become complacent or overconfident.”

With an opportunity to claw back up to the .500 mark, the Big Red saw Oberlin standing in their way on April 4. The conference matchup saw the Yeomen, top in the NCAC East, come to Granville and compete against the Western Division’s second-ranked team. Denison won two of three doubles matches and four of six singles matches to combine for a 6-3 victory, the team’s fourth win in a row.

Casey Cempre ’15 and Jeffrey LoDuca ’15 finished their weeks undefeated, extending the pair’s win streak to six matches. The senior duo won both of their matches in second doubles while also finishing 2-0 in third singles and fifth singles, respectively. Cempre elaborated on the successful pairing, saying, “Our styles of play really complement each other. It’s always a plus to have a lefty and a righty playing together in doubles (Jeff is left-handed). And he is able to consistently win points at the net when I set him up from the baseline.”

The Big Red have a crucial match today against No. 11 Kenyon in Gambier, Ohio. This match is important because the Big Red hold a 47-45 all-time advantage over the Lords. That advantage has shrunk over the last few years, as Denison has not defeated Kenyon since 2006.

As Veltman puts it, “If we can attain a lead following the doubles play, I think we can put ourselves in a position to push them. After our past four wins, we have the confidence that we can perform at the level required to win.”

Cempre added, “Kenyon has bested us the last few years, but if we can come out with strong doubles play to at the start of the match, we will definitely have a shot to pull off a win.”

The Big Red will return home for weekend matches against Allegheny and DePauw on Saturday and Sunday, respectively.