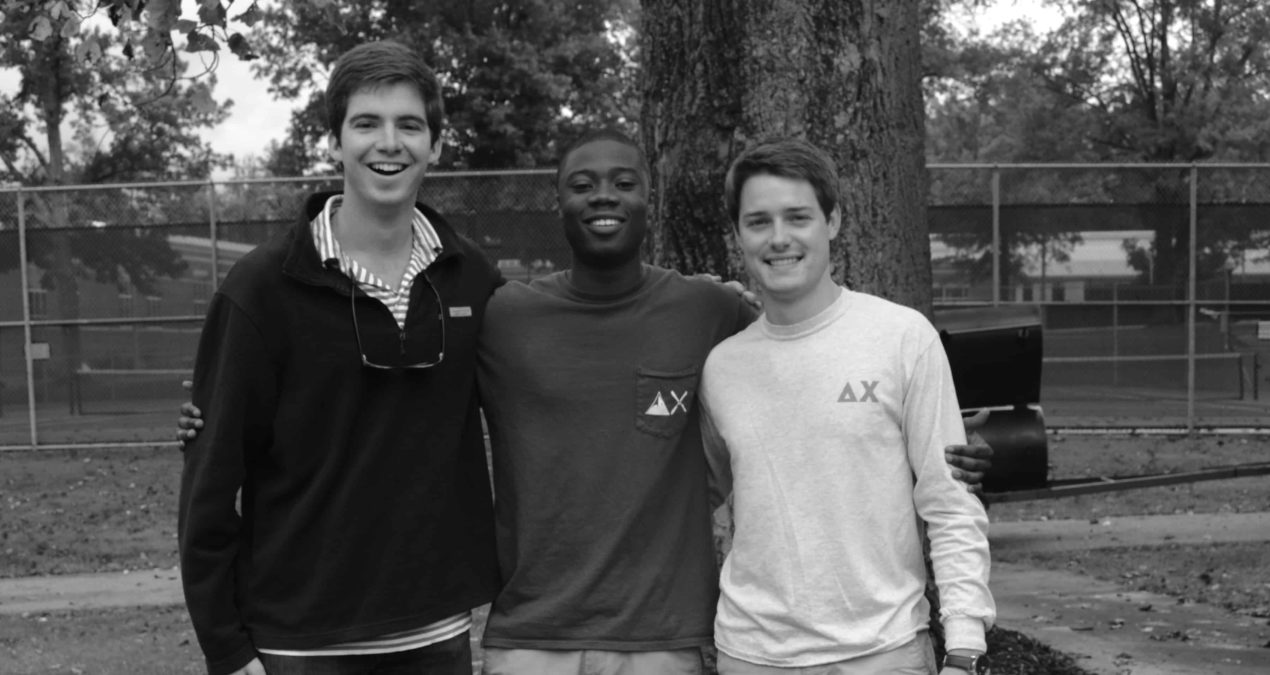 One of the ways students branched out from  the traditional dining options on campus over the weekend was by attending the Delta Chi Pig Roast.

On Sept. 13,  dozens of students gathered at Lamson Lodge to enjoy a slow-roasted hog and meet with friends in the cool, fall weather, all while helping to raise money for the late Wendell Jackson ‘17’s family. For $10, students were able to eat unlimited pork products. The Delta Chi fraternity came up with the idea for the Pig Roast by borrowing from an old tradition, but the key plans came from fraternity member Nolan Frey ‘17.

“We came up with the idea for the pig roast because the Delta Chis used to do it back in the day so we thought it would be fun to reinstate the event,” said Teague Magner ’16, the president of the fraternity.

Though another fraternity member, Jared Kriwinsky ’16, had never been to a pig roast and personally does not eat pork, he agreed that the tradition might be a good one to host again.

“We thought it would be an awesome idea to bring it back,” Kriwinsky said, “and we decided to  do it early in the year while the weather was nice.”

Other students at the event seemed to be supportive of the idea. Gabe Mitchell ’16 said that the food and flavors “remind me of home” and Luke Romick ’16 quipped, “I’ve never before tasted such luscious hog.”

Charlie from Boss Hoggs is the one to thank for that. Boss Hogs provided all of the meat for the event. “We actually hired him by chance,” Kriwinsky said,  “we were driving through Newark one day and saw the sign to his store, we ended up speaking to him and hiring him.”

The fraternity was happy to host the event, and while it was a fun experience for the brotherhood and the students who came, they were also pleased with how much money they had raised for the event and that it was going toward a good cause.

“When we saw the GoFundme page for Wendell, we knew we had to do something,” Kriwinsky said. The pig roast raised $100 for Wendell’s family.

Usually, Delta Chi supports the Jimmy V philanthropy for cancer research, but in light of the community tragedy, the fraternity wanted to benefit the Jackson family any way they could.

“Anything we could do to help the Jackson family was important to us.”  Delta Chi plans to continue helping the community in fun and different ways.

Kriwinsky hopes the pig roast will become an annual tradition for the fraternity as it was back in the day and also appreciates all the support for the event.