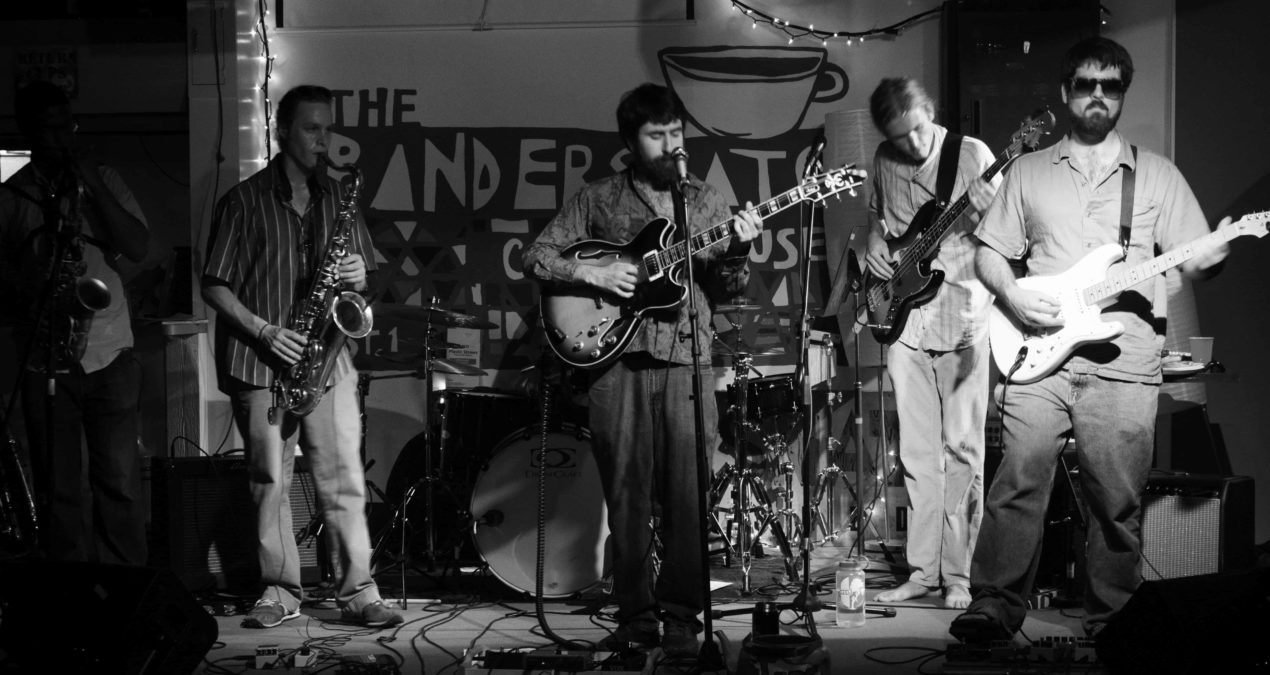 Denison welcomed a few of their own on Sept. 18 at the Bandersnatch. The Osage band, a self-described “funky, folky, soul stank rock” jam band, was founded in 2011 and is an ensemble with deep connections to Denison.

In their years at the school, three of six official members lived in the Homestead, which ended up being a major influence on both the sound of the band and the members themselves.

To them, the Homestead way of life was about bringing like-minded people together to form a tight-knit, loving and laid-back community.

Their goal as a band is to “promote dancing, love and joy” to whomever will listen, a mission so shaped by their time at Denison that the band’s namesake are the Osage orange trees that lead back to the Homestead.

There was nothing but comfort for Osage on the Bandersnatch stage (not physically though, as the sweatiness of the room must have been amplified by ten in their heavily-lit area).

Mallory Cheng ‘18, commented on the atmosphere, “it was really loud, sweaty, and fun but it was really strange seeing everyone out of the classroom and in this environment,” she said.

They have played in this venue more than any other, and, in fact, used to have bi-weekly events here.   Before the show they ate pizza bagels and reminisced, glad to be back at their spiritual home. The music was nothing groundbreaking, but folks who like jam bands would not have been disappointed. It was the catalyst for a fun, laid-back atmosphere with that limb-swinging type of dancing that’s only brought about by seemingly improvised  wavering over steady grooves.

It seemed to be a group experience; interacting with other members of the audience was required for the enjoyment of the music.

This seems to be what the band is all about, taking their experience of community from their time at Denison and projecting it onto the people listening. “Hey, I know you! Let’s dance!” was the psychogenic quote of the night. As people danced themselves sleepy, Osage jammed, as bands like them tend to do, on and on and on.

The band was very well received by the audience. For Brandon Wafford ‘18 the band gave him an opportunity to connect with the community,

“I’ve been having a really hard time vibing with people here so I’m glad I came to this; everyone seems a lot easier to connect with,” he said.

Osage the band is very much like the snagel, a Bandersnatch menu favorite comprised of a toasted cream cheese bagel slathered in sweet brown sugar.  When you order a snagel, you know exactly what you’re getting yourself into. Is the snagel an ingenious snack food the likes of which you’ve never tasted before? No, it’s not.  But sometimes you just want to meet up with your friends, eat a snagel and have a nice night.

Both Osage and a snagel are casual, fun and thoroughly Denison in a way that you can’t help feeling at least a little bit of pride and fondness for.