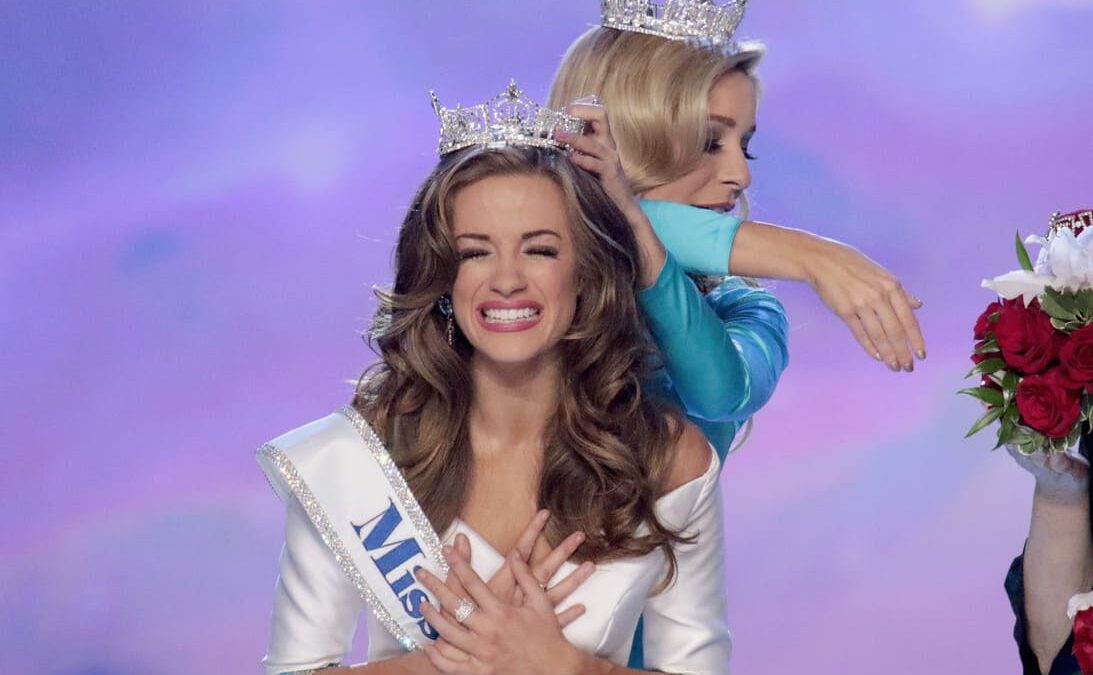 There she is. Miss America 2016, Betty Cantrell, was crowned last week on September 13th.

Thousands of people nationwide tuned into ABC to watch the new Miss America be crowned. Some of those people were on Denison University’s campus. Sophie Murray, a freshman from Connecticut watched the competition live. “I thought it was entertaining to watch!” said Murray.

“Definitely an eye opening and thought provoking experience that I’m glad I was able to partake in!

Betty Cantrell was crowned by her predecessor Kira Kazantsev, Miss America 2015 and Miss New York 2014 in Atlantic City, New Jersey. The Miss America Organization is a scholarship program that gives thousands of dollars in scholarship to young women every year. These women are asked to compete in phases of competition including a personal interview with a panel of judges, lifestyle and fitness in swimsuit, talent, evening gown, and onstage question. Walking on stage in a bikini and five inch heels might sound hard, but winning the scholarship is even more difficult.

Cantrell sang opera to “Tu Tu Piccolo Iddio” from Madame Butterfly for her talent, and for her onstage question, she was asked about her opinion on New England Patriot’s quarterback, Tom Brady and the “Deflategate” scandal. In her response, Cantrell said, “If there was question there, then yes, I think he cheated.” She then went on to say that, “If there was any question to be had I think that he definitely cheated and that he should’ve been suspended for that.”

Competing at Miss America is the chance of a lifetime. It is truly the “superbowl” of pageantry and is the one title that every girl dreams of.

Karolina Ulasevich, a student at Miami University from North Royalton, Ohio was lucky enough to witness the competition live.

“The second I got inside Boardwalk Hall, I had tears in my eyes because I couldn’t believe I was feet away from THE stage,” said Ulasevich. She has competed in the Miss Ohio program with the hopes of one day competing on the Miss America Stage.

In Atlantic City, Ulasevich had the chance to meet Miss America 2015, Kira Kazantsev. “It made me realize how tangible the goal of being on that stage is to each of us girls competing.”

Miss Ohio 2015, Sarah Hider, a 2013 graduate of Ohio University who is in her second year of her Master’s program at Kent State, competed at the Miss America Pagent.

“Miss America was an amazing experience!” said Hider, “Out of 8,000 girls who competed nationally, it was hard to believe that I was one of the 52 chosen. It’s crazy to think of all the women who’ve competed there and to now think that I’m ‘one of them.’”

Now that the 2016 competition is over, Hider has plans to promote the Miss America Organization across the state. She said, “If girls like myself really knew about the scholarship you win, the service you perform, and the friendships you build, I think they would be so excited to get involved!”