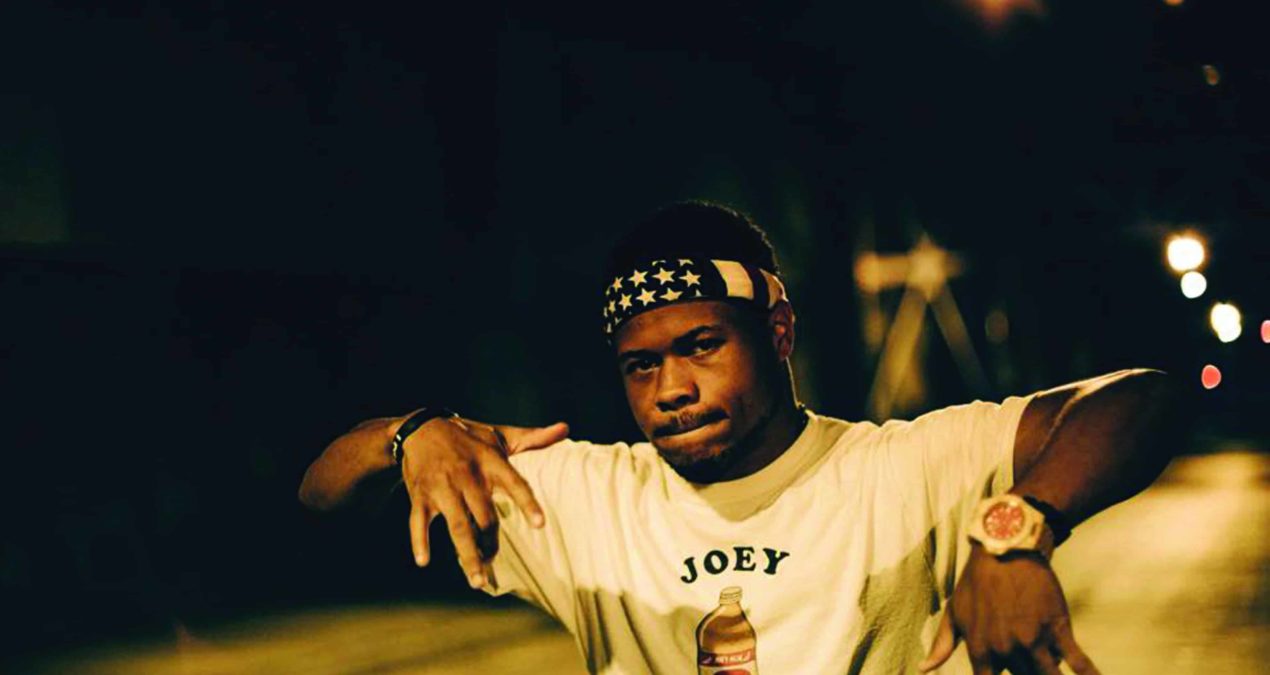 Rapper Joseph “Joey Aich” Holbert ‘16 loves to promote other people. Several of his clothing items are representative of Cleveland, the senior’s hometown.

“I’m a walking billboard in my eyes,” Holbert said. “I just like to promote people. I enjoy wearing other people’s stuff and if music helps me do that, then I’m on board.”
Following in that logic, Joey Aich loves it when students promote him and his music, especially his new album, The Aich Files, which dropped on Aug. 20 on SoundCloud.

Students have showed their continual support for his music by wearing shirts bearing the Holbert’s stage name. “Last night, I saw Luke Romick [‘16] wearing it, and it’s cool because it was his choice to wear the shirts. It’s cool that he would spend his money on me, an upcoming artist,” Holbert said.

The album cover was created by Emma Brereton ‘17 from Pinehurst, N.C., who offered to do the artwork while simply passing Holbert in the stairway of Shepardson Hall last year. “She’s a saint,” the up and coming rapper said. “She had to deal with a lot of really precise edits to the cover” to make sure it was what he wanted it.

The majority of this process took place over the summer, but the actual writing and construction of the album started about a year and half ago when Holbert wrote “Goldfish.”

It’s no wonder that Joey Aich attributes much of his desire of becoming a well-known rapper to his time spent at Denison.

The continued encouragement of his peers, especially his fellow rapper and best friend Rob “Sarob” Tate ‘16, helped Holbert literally and figuratively set the stage for Holbert to begin creating music and performing it.

Though his best known performance at Denison was probably last fall on the North Quad Teardrop, Holbert continued perfecting his performance abilities over the summer. His favorite was at the
Lemur Fest, which was a concert showcasing other performances in Cleveland in late June.

“It was, probably in my eyes, my best performance,” he said. “I got to perform some new music as well as some old ones.”

Looking forward, Joey Aich will be performing next at the Columbus Independence Day Festival on Sept. 20, and he will perform at the “I Love the Hype Show” on Oct. 9 in Cleveland.