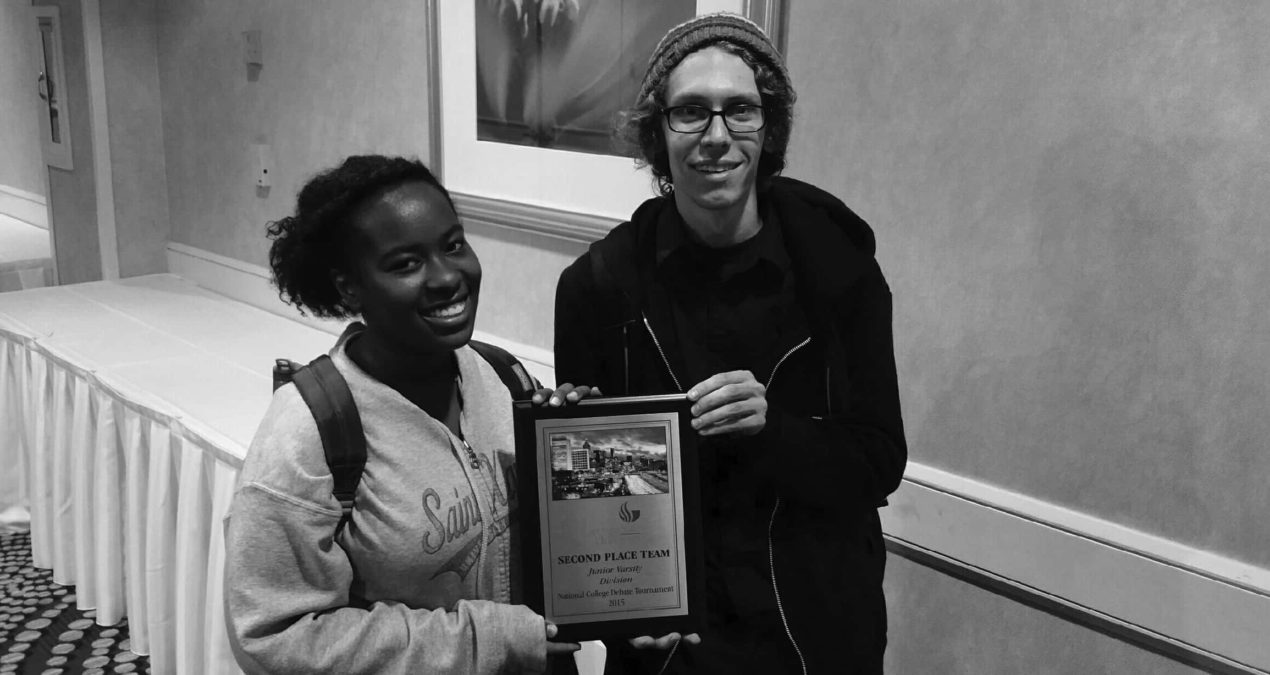 Despite not currently having a Policy Debate team, two Densonians found a way to continue practicing debate and compete nationally.

Policy debate, as described by The National Speech & Debate Association, “involves the proposal of a plan by the affirmative team to enact a policy, while the negative team offers reasons to reject that proposal.” In other words, being critical, analytical, collaborative and eloquent are essential skills for competitors who wish to have a successful debate experience.

Amriah Loury ‘19, Chemistry major and Black Studies minor, from Chicago, IL and Peter Heft ’18, from Bexley, OH, represented Capital University’s JV Policy Debate team this past weekend, Sept. 19-21, at Georgia State University in Atlanta where they competed in GSU’s National 2015 Debate tournament. The tournament hosted approximately 300 competitors from all over the nation.

Heft and Loury won five out of their six debates in the preliminary rounds, placing them at the top of JV’s preliminary tournament standings.  In the 16-bracket tournament, the two debaters advanced to the final round, advancing past Liberty and Cornell University in the quarterfinal and

Semi-final rounds respectively. Heft and Loury also competed against other competitive teams from schools such as Vanderbilt, James Madison, and Miami University.

More detailed results from the debate that Loury and Heft participated in can be viewed on tabroom.com under the GSU National College Debate tournament tab.

The two Denisonians prepared for the tournament by traveling to Capital University, in Bexley, Ohio, to practice debating. Loury explained that most of her debate practice at Capital University consisted of sitting and talking through her arguments.

A few days before the start of the competition, Loury stated, “I like debating, and, although I am nervous, I am confident that Denison will win.”

Loury also said that she wished that Denison had a policy debate team. She expressed that debate is fun and “you can be snarky and have a reason.” Loury indicated that she and Heft are thinking about starting a debate team at Denison, and they have been searching for peers that would be interested in Policy Debating.

Mission34: An advocacy group in memory of Sean Bonner ‘20

Seniors awarded for leadership on campus