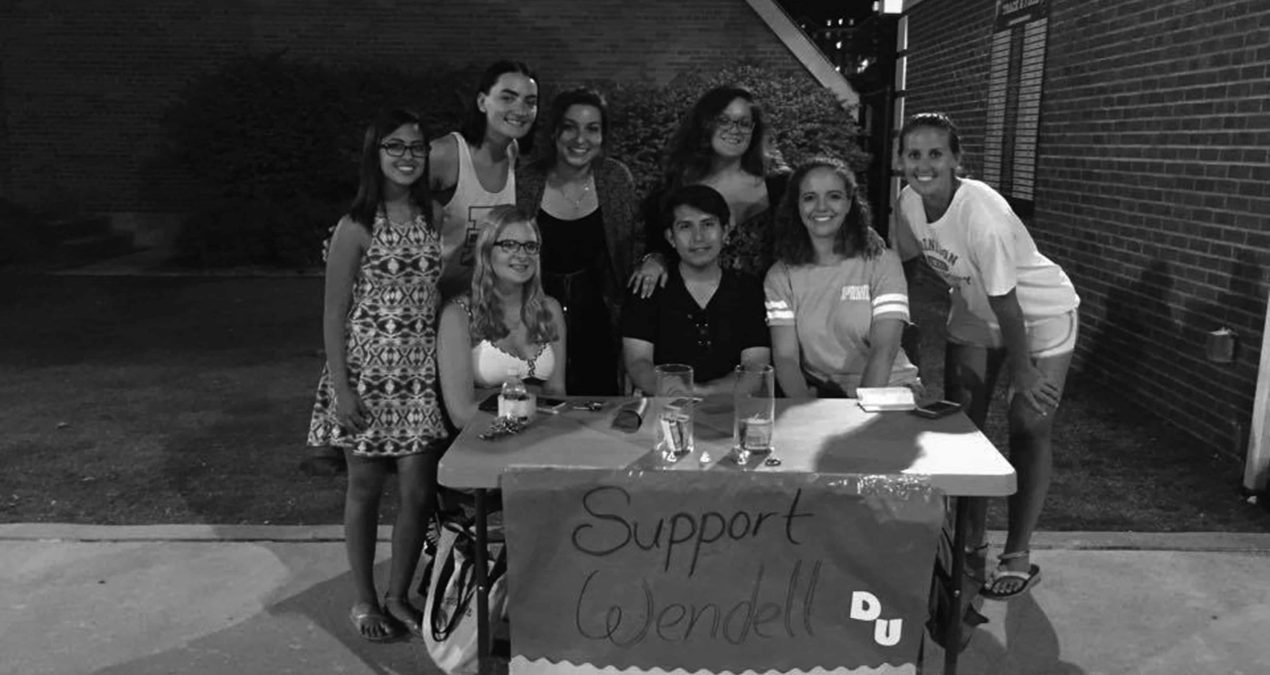 Five Denison seniors baked 400 cookies, brownies and muffins last Friday which, 24 hours later, turned into over $2,100 dollars after selling the baked goods at the Granville Farmer’s Market and the football game against Marietta College on Sept. 5.

“We managed to organize and pull it all together in a matter of 48 hours,” says Analis Ibarra, an education major from San Francisco, Calif. and one of the project coordinators.

Many Denison students donated their kitchens and baking supplies, and the Granville Chamber of Commerce assisted in the coordination with the farmer’s market.

Rather than asking for a price for each baked good, the group instead asked for a donation in exchange for the baked goods. Many donors either generously gave to the cause for a cookie or brownie, and others opted to simply donate without choosing a baked good.

The group, consisting of seniors Ibarra, Kellie Arter,  Lita Shive , Ashley Cervantes  and Hannah Doermann, raised over $950 from both students and locals shopping at the market on Saturday morning.

When they had extra baked goods left over, the seniors continued fundraising at Denison’s football game that evening.

The bake sale made over $1,000 at the game, which combined with earlier funds totaled to $2,185 in donations. This amount will be a significant contribution to the Jackson family’s $50,000 goal.

“I was originally inspired to fundraise because I know firsthand how expensive it can be to finance a funeral service for a loved one…I wanted to help ease some of the Jackson family’s financial strain,” Ibarra says.

The events surrounding Jackson’s death affected every member of campus, and this bake sale represents just one way that the Denison community is honoring Jackson.

Since Saturday, the group has still been receiving donations from Denison students and faculty.

Those wishing to make a contribution are asked to visit the Jackson family’s fundraising page, at http://www.gofundme.com/yc37hams.