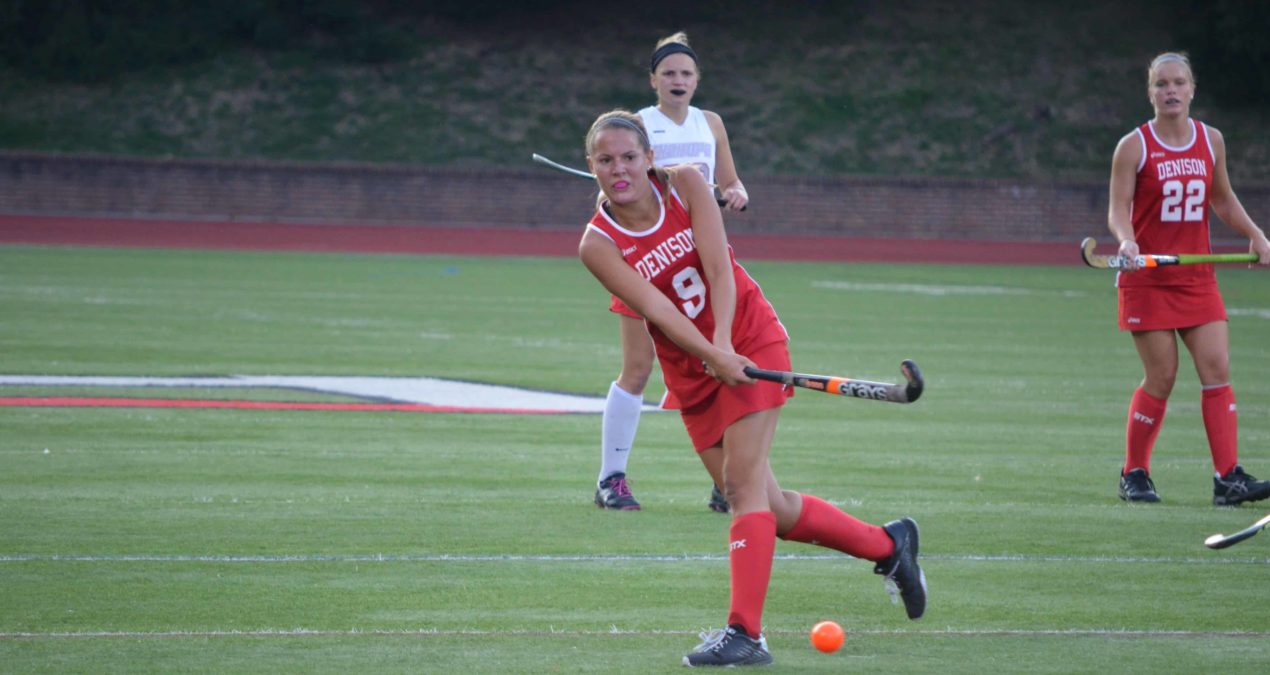 After a pair of close losses to open the season, Denison field hockey returned to form with victories over Oberlin and Johns Hopkins last week.

The Big Red offense, which was shut out in the first two games, came alive against Oberlin to the tune of six goals. The match began slowly and neither team was able to break the scoreless tie, though DU outshot Oberlin 17-0.

Finally, after 37 minutes of play, Jen Durbin ‘18 managed to knock one past the Yeowoman goalie to snap the Big Red’s scoring drought.

Durbin was proud of her team’s perseverance after a difficult start to the season.

“In the past week we used our losses as a learning experience to turn our game around,” Durbin said. “We focus on the little things and what needs to be fixed in our practices and transfer that to our game play.”

Allie Bacon ‘16, who was credited with an assist on the play, later scored her first of the campaign in the 46th minute.

Britta Marden ‘16 would add to the tally along with Lucy Pearsall ‘19 and Virginia Hamilton ‘19. Durbin’s second goal of the game in the 50th minute helped cap off the 6-1 win at Oberlin.

The momentum the Big Red gained after the performance against the Yeowomen translated nicely into the match against Johns Hopkins.

Within six minutes of the opening whistle, DU scored twice. The first came off of a counterattack following a save by Big Red goalie Ellen Westfall ‘19. Jen Durbin ‘18 managed to sneak a shot past the defense on the other end of the field for her third score of the season.

Durbin credited the team’s effort to refocus their strategy with last week’s success.

“By having our focus on what we needed to fix in our game and using the losses as teaching moments we were able to not dwell on losing but instead make the necessary adjustments so that we would be successful in the future,” the midfielder said.

Only two minutes later, Marden executed an excellent opportunity created by Elsie Humes ‘16 to push Denison to a 2-0 lead early in the first half.

The Big Red defense slipped up only once. The only Blue Jay goal came in the 40th minute. Rock solid defense helped DU hold on for a 2-1 victory.

The Big Red will look for their third win of the season on Sept. 17 against Wittenberg in Springfield, Ohio