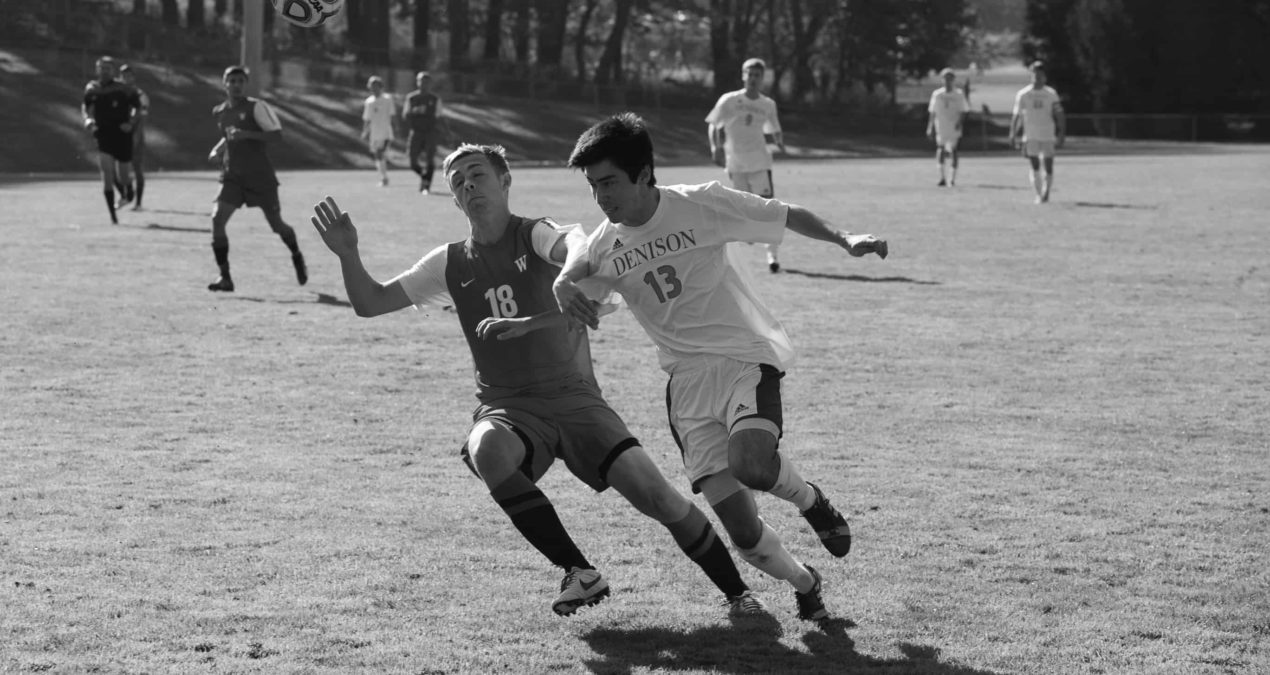 After capturing first place in the Sonny Carter Invitational in Atlanta last weekend,the Big Red the field for their home opener last Wednesday, defeating Wilmington 3-0. After the win, Denison moved to 4-0 on the year while Wilmington fell to a record of 1-3.

Goalkeeper Blake Schach ’16, senior goalkeeper, led the Big Red to another shutout and also initiated the first goal of the match.

After snatching a cross out of the air, Schach sent the ball up field and found the feet of Drew LaGaipa ‘18. LaGaipa battled with the last defender and got in behind, placing his shot in the lower right corner of the net for the first goal of the match and his collegiate career.

“When I scored the goal it felt great,” LaGaipa said.  “I ran over to my teammates on the bench [(also known as the dog pound]) to celebrate. As I got the ball with the defender in front of me, I knew needed to create space to get a shot off.  I cut the ball back onto my left foot and was able to get it past the keeper.”

Khaira ‘18. Khaira passed the ball to Kennedy Kommor ’17 whose shot attempt was blocked by

the wall, sending the ball to the feet of midfielder Jake Girardot ‘18.

Girardot’s shot hit the lower left 90 of the goal for his fifth career goal in the 25th minute, just 10 minutes after the first goal. This led to a surge of momentum for the Big Red as they led 2-0 halfway through the first half.

Girardot was proud of the team’s performance thus far.

“The team is off to a fantastic start,” Girardot said. “We are playing well and excited to see where the rest of the season takes us.”

No more scoring was seen until the 75th minute when Christian Keiper ‘19 combined with Brandon Kozak ‘19 for Keiper’s first collegiate goal.

The Big Red dominated the match, outshooting the Quakers 21-9 with the majority of the possession.

Coach Russo commented on the strength of this team, saying “For the first year, in quite a few years we are deep in all positions. This creates a competitive environment in practice, which is essential to the team success. The freshman class is making a noticeable impact already, and while this can challenge team chemistry,”

Russo said, “The new players have been accepted and have positively impacted our team.”

While the coach was pleased with the win, the team’s focus moved to the next game, where they would defeat previously unbeaten Thomas Moore Sunday afternoon.

Kennedy Kommor ‘17 hit the winning goal in the 49th minute to push the Big Red to a 5-0 start on the season. They will try to continue their undefeated start this Wednesday at Muskingum.